The final section of the Scroll brings us face to face with the alchemical practitioner: no august philosopher, but a plainly-dressed figure clasping a pilgrim’s staff. The staff is topped with a pen nib, suggesting that this is the original designer of the Scroll. In some versions, he faces the richly-dressed figure of a king — a possible clue to the Scroll’s intended recipient.

Although alchemy was illegal in 15th-century England, alchemists could still seek a royal license to practice. Many English rulers, including Henry VI, Edward IV, Henry VIII, and Elizabeth I, did issue licenses and sponsor alchemical projects. For an alchemist hopeful of attracting such patronage, a Scroll offered the perfect gift: a visually striking object capable of piquing the curiosity of an alchemically-curious prince or magnate. 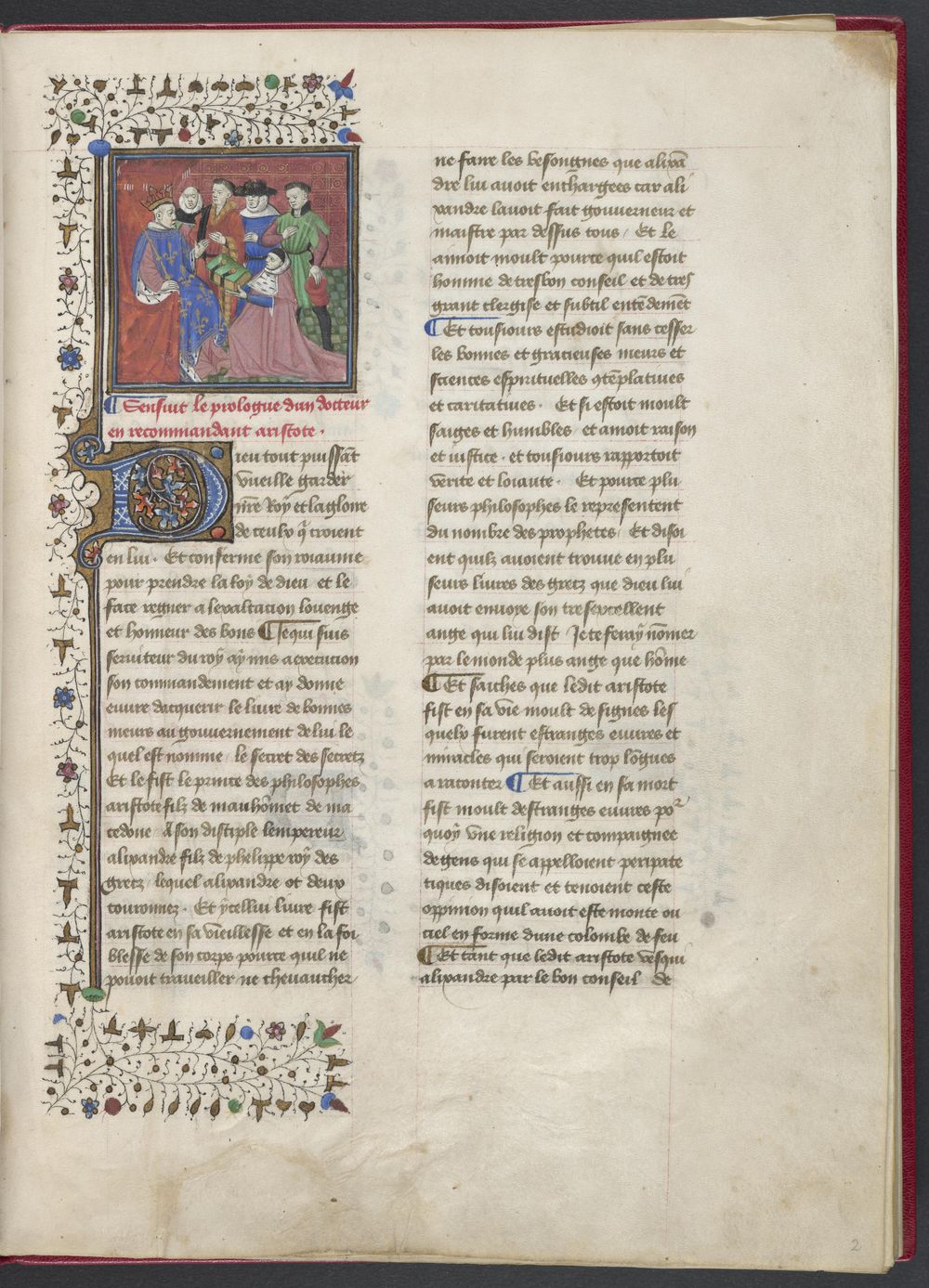 In this Middle French version of the Secret of Secrets, a miniature shows the author or translator presenting a book to the enthroned King of France. This pseudonymous treatise is framed as a letter from Aristotle to his pupil, Alexander the Great, in which the philosopher offers advice on such secret topics as alchemy and the art of kingship. This subject matter made the text particularly appropriate as a gift for royalty, often in elaborate presentation copies. 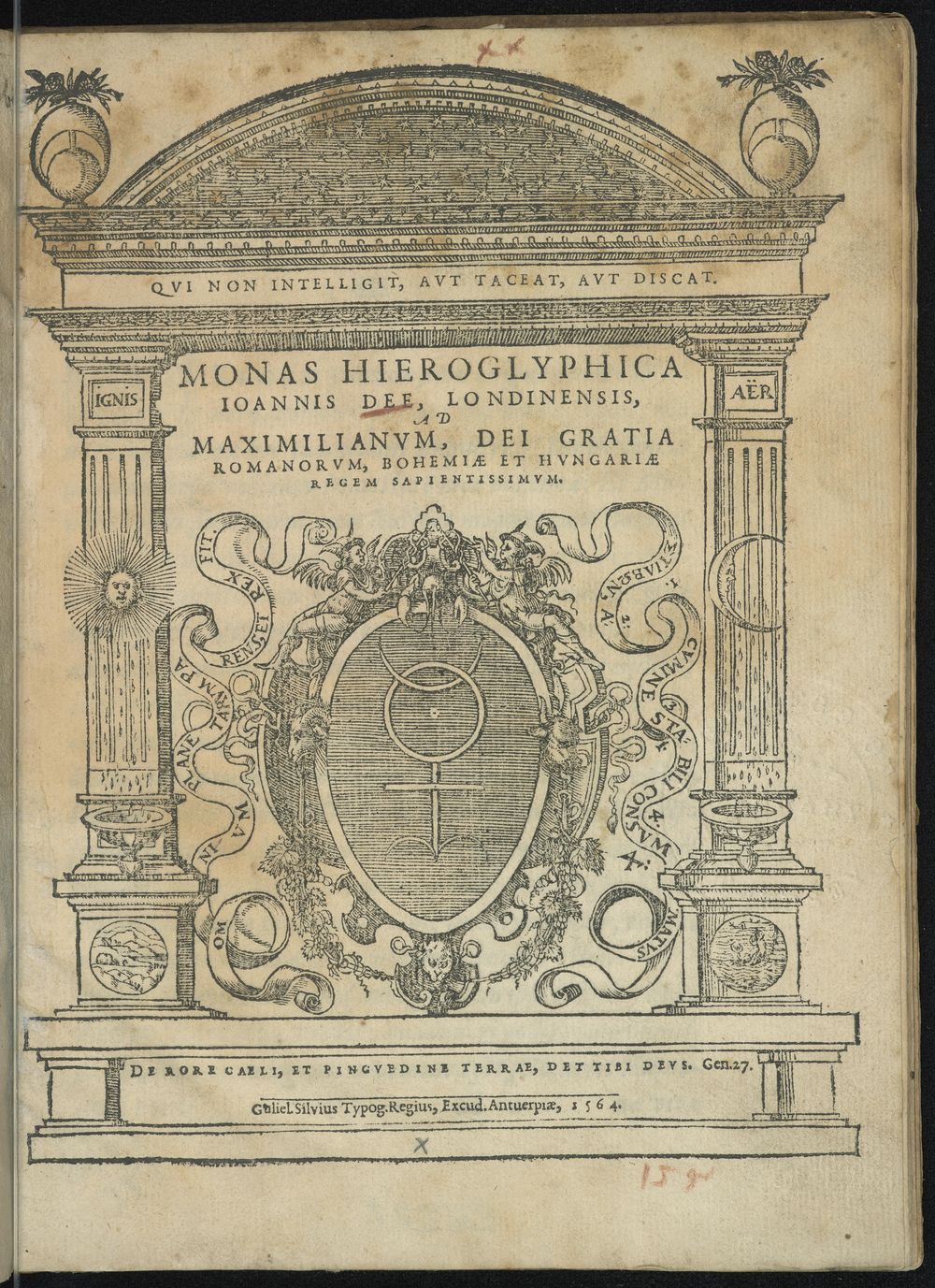 The Elizabethan mathematician and alchemist John Dee used his alchemical knowledge on multiple occasions to solicit patronage in England and abroad. This is the Monas hieroglyphica, Dee’s only printed treatise on alchemy, written during his early travels in Europe and dedicated to the Holy Roman Emperor Maximilian II. Later, in England, Dee discussed the book in person with Queen Elizabeth I. He later presented a copy to Maximilian’s successor, Rudolf II, during a private audience in Prague.

Gift of the Friends of the Princeton University Library 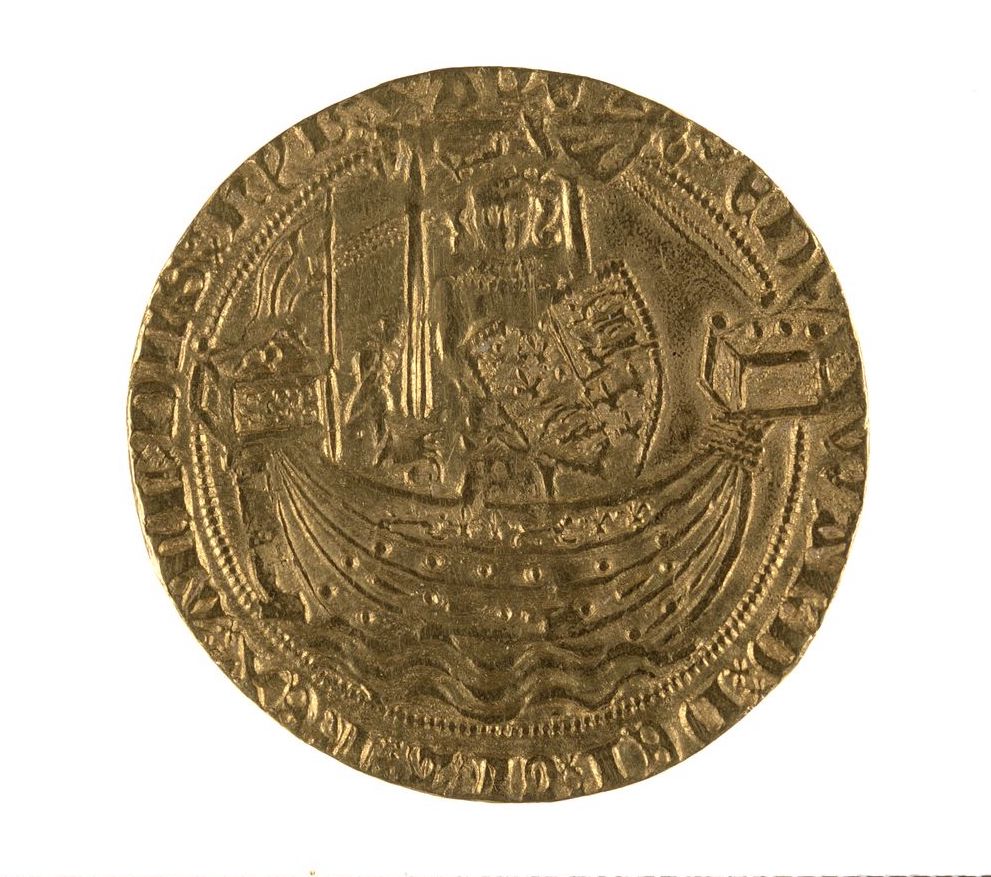 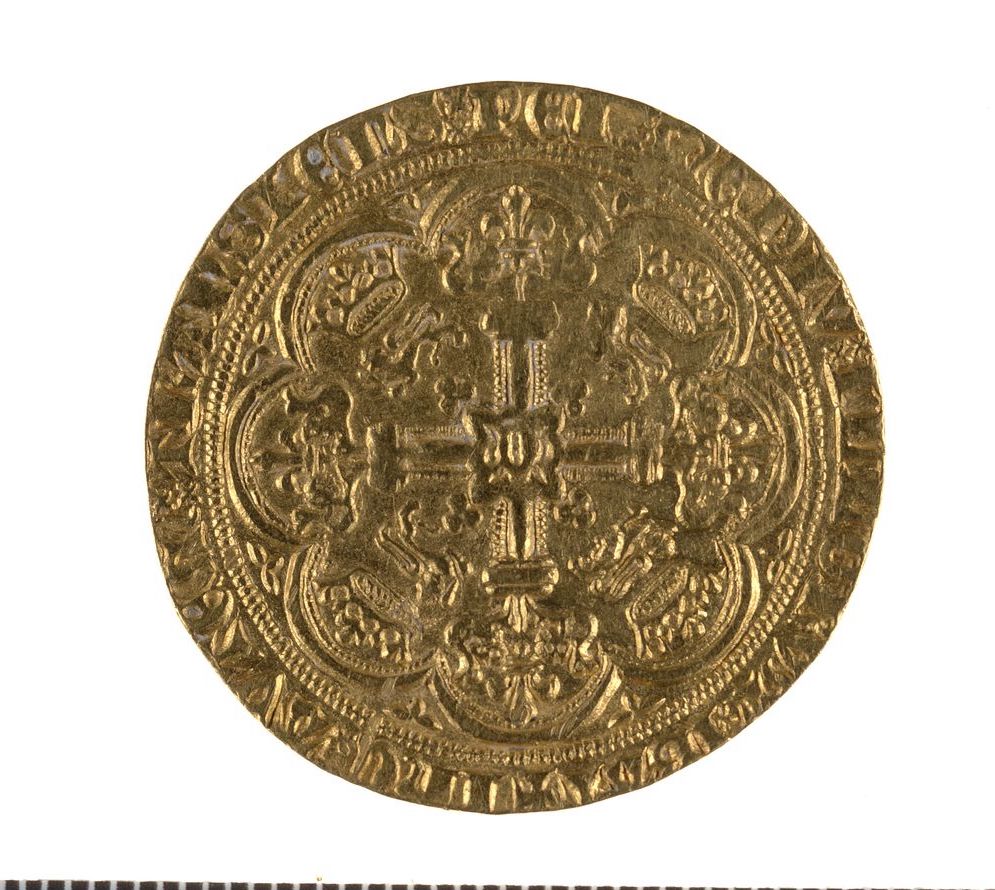 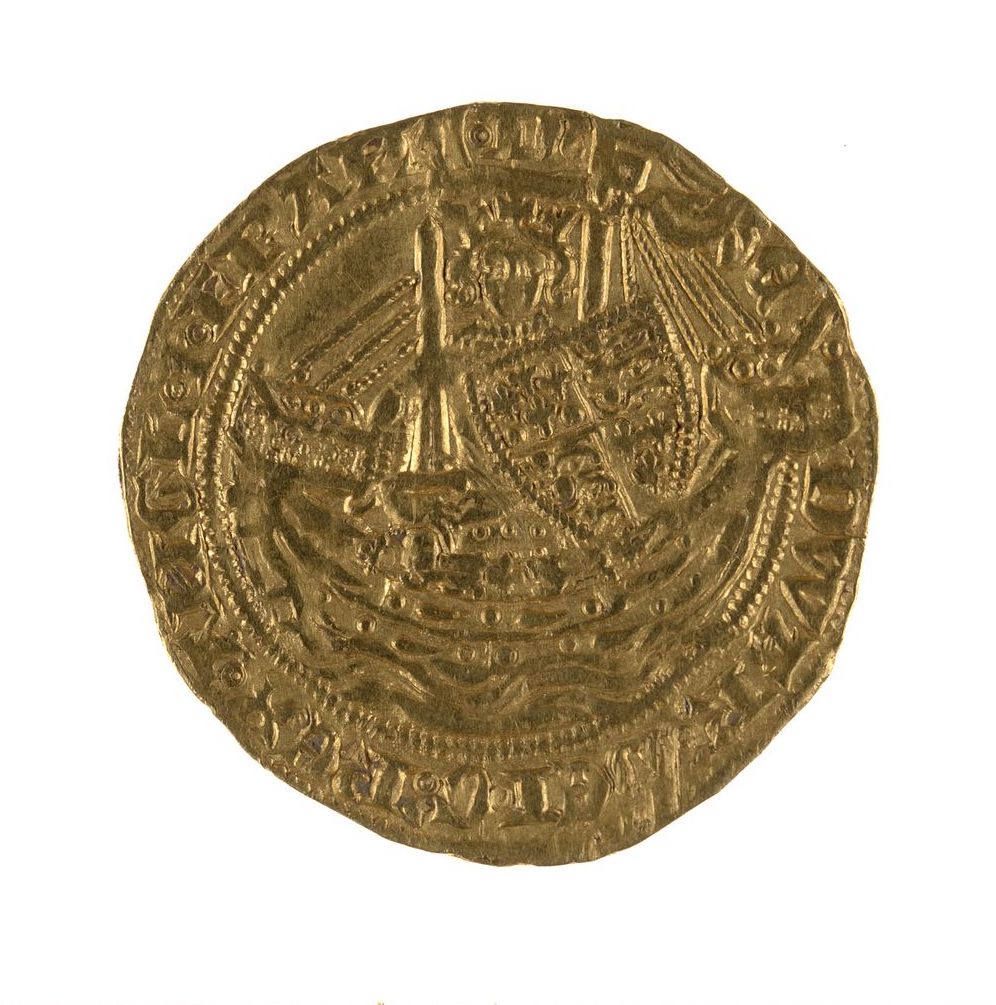 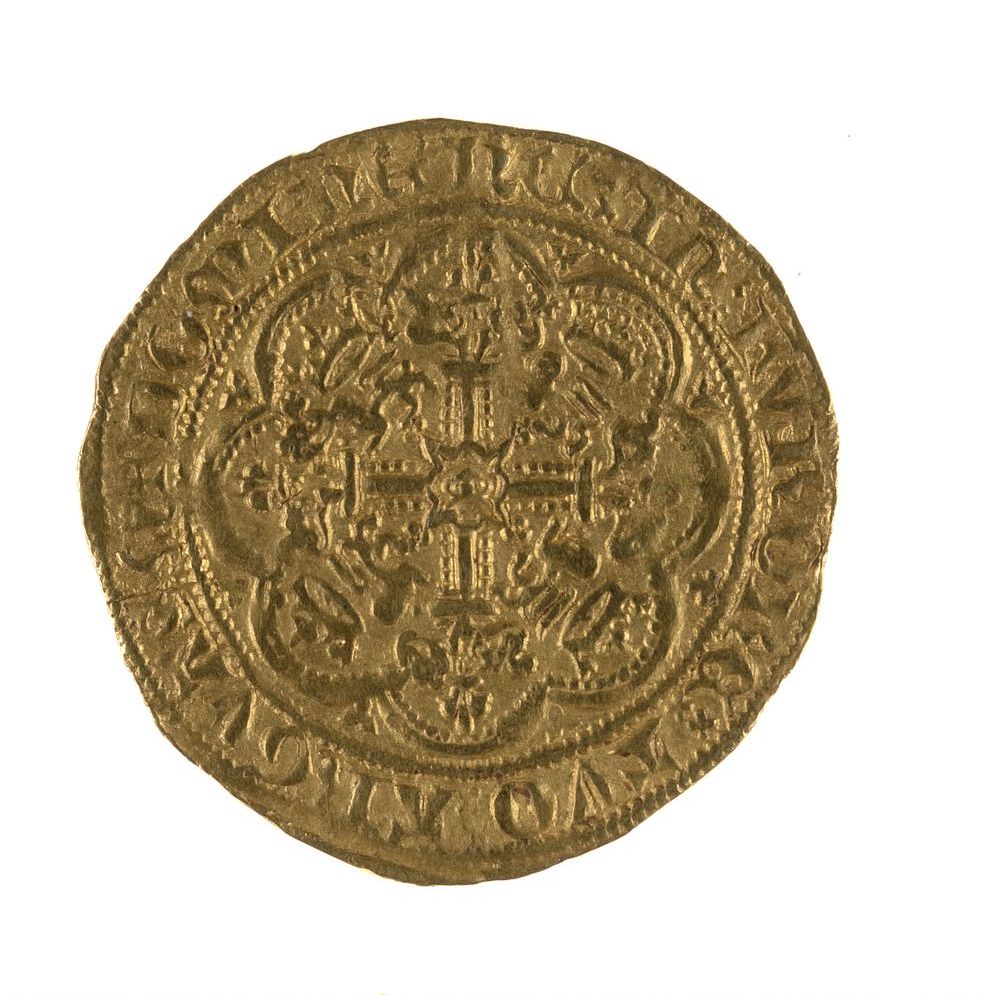 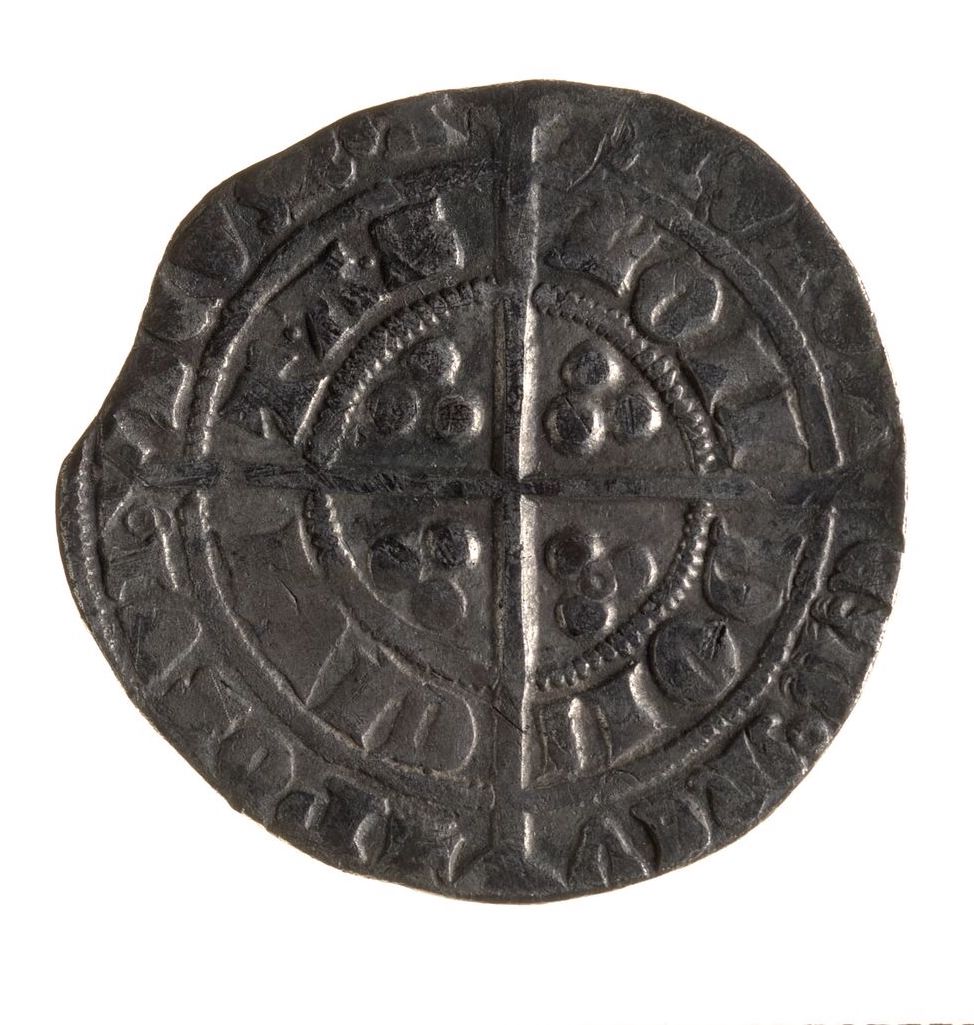 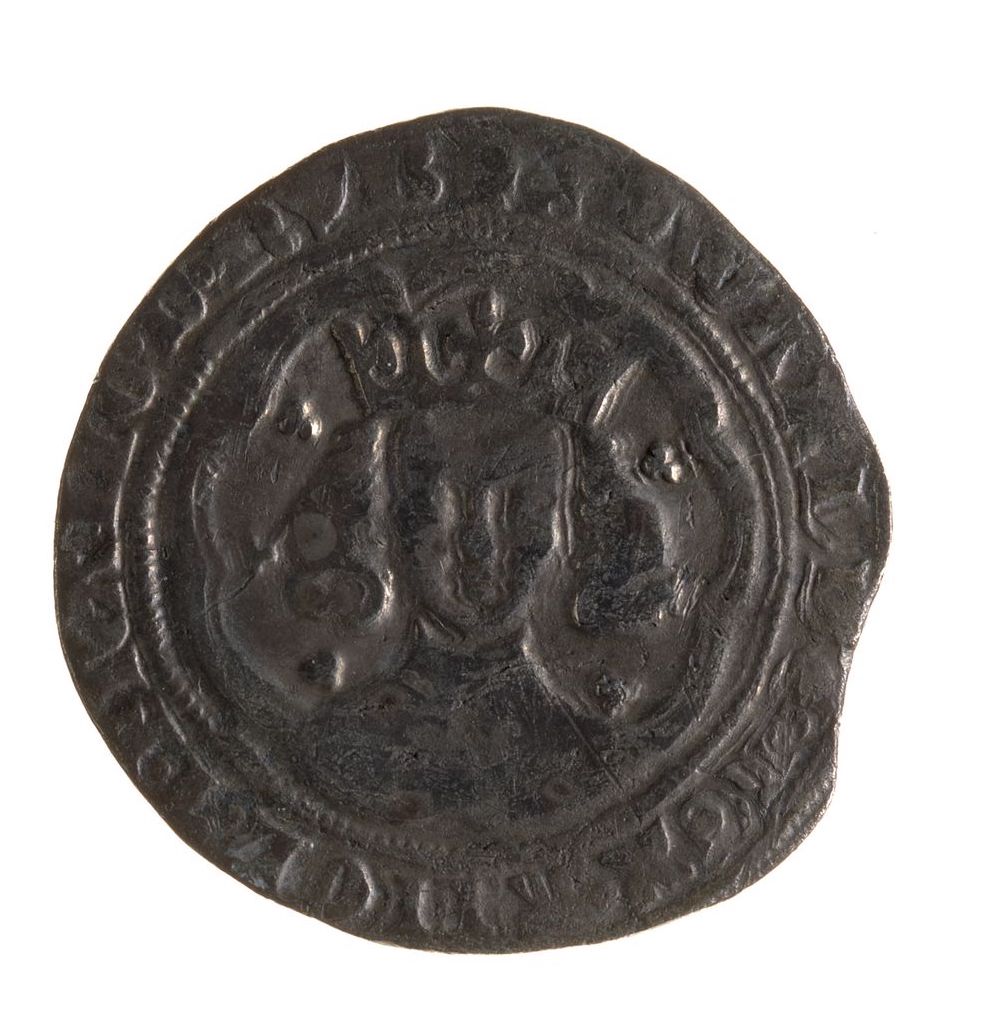 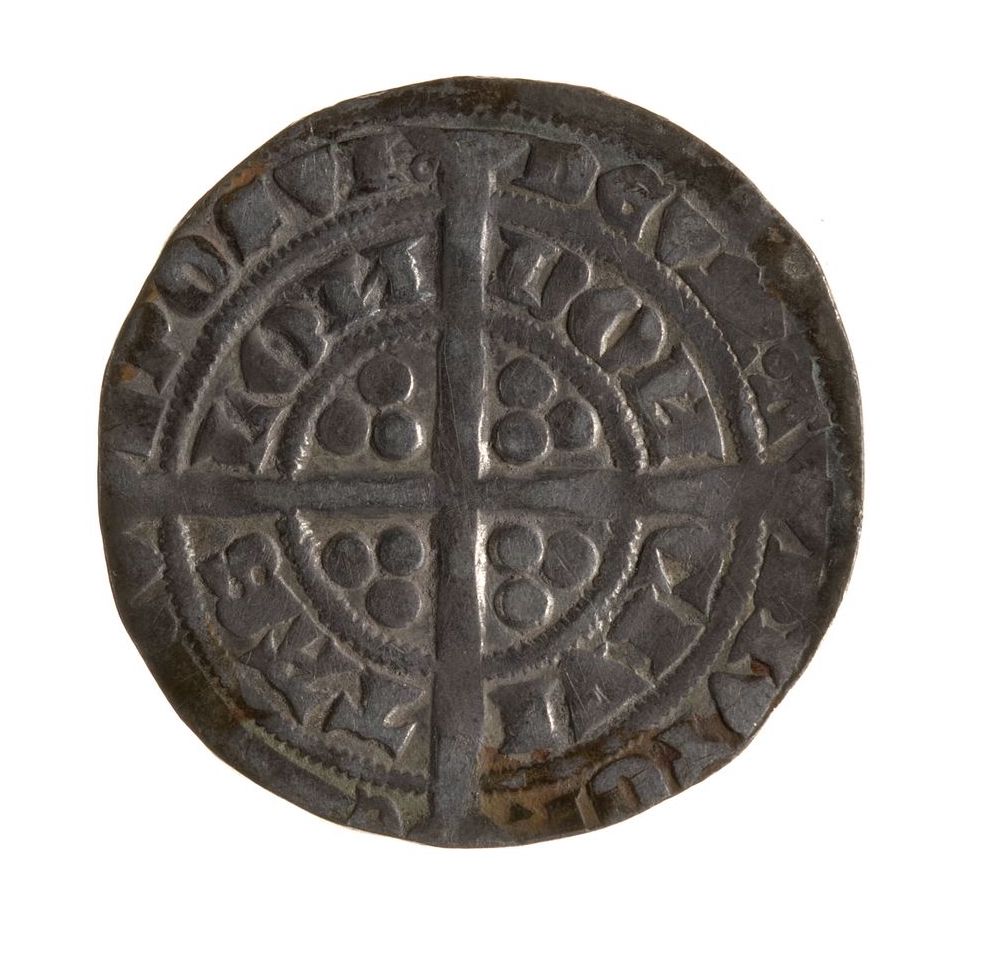 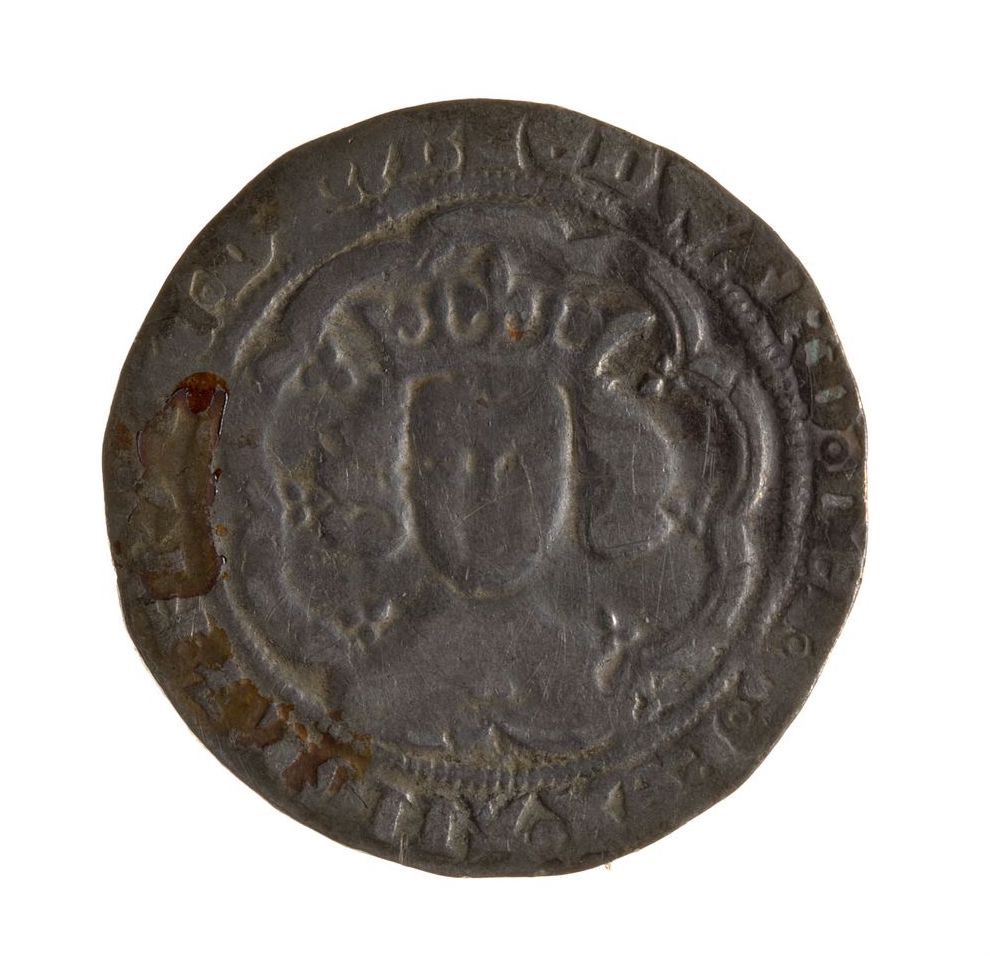 “Alchemical” silver could be sold to the Mint for coining into groats (worth four pence). The Edward III noble (worth six shillings and eight pence) was the first widely-circulated gold coin struck in England. In later legends, Edward III obtained the gold from metallic transmutation, after recruiting the alchemist Ramon Llull. In fact, a chronic shortage of bullion during the 15th century did prompt royal interest in transmutation—linking alchemy to the coinage in the popular imagination. 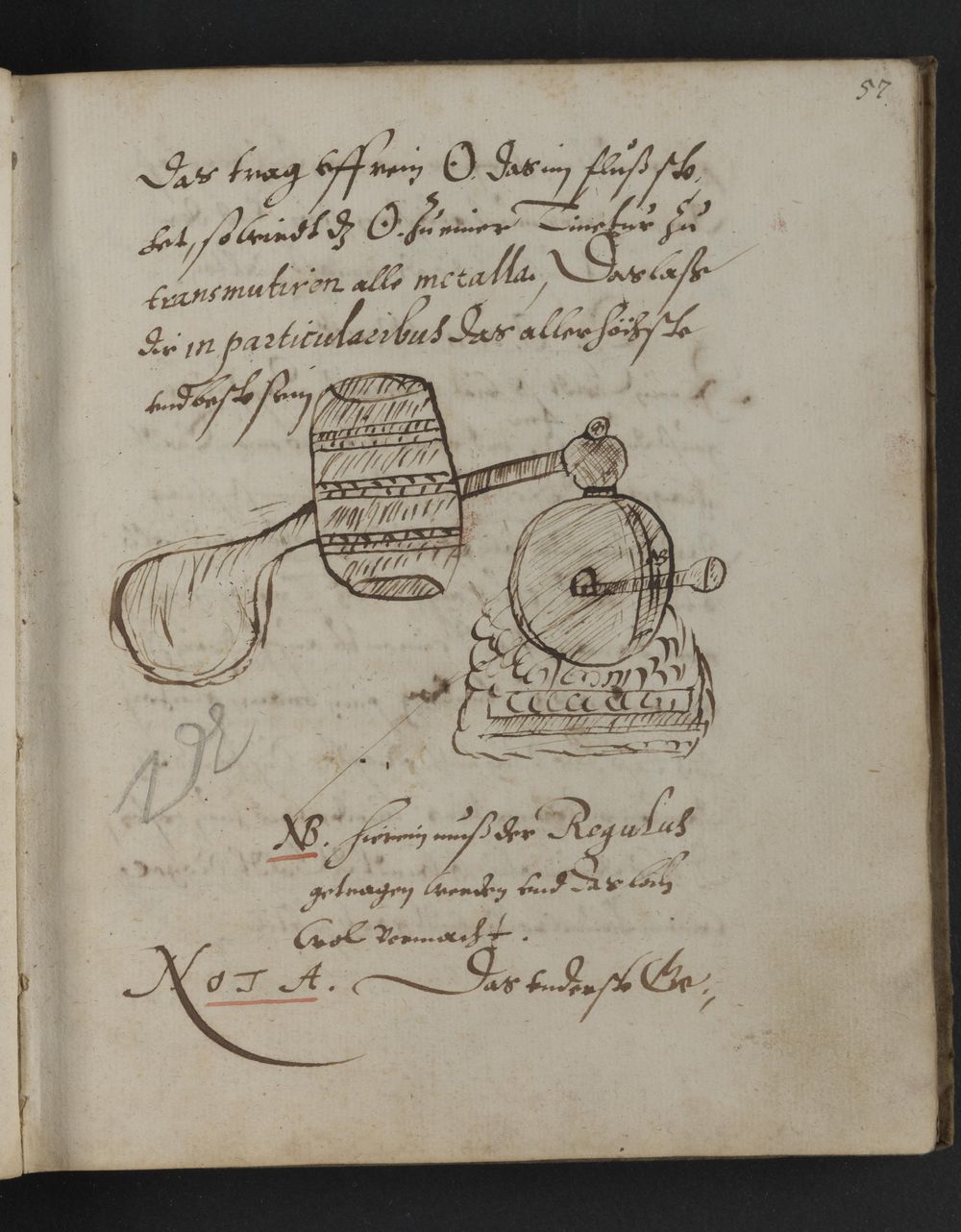 Alchemical books passed in and out of royal and aristocratic collections, such as this manuscript, once owned by Johann Adalbert, Prince of Buchau. The first part, including technical drawings of apparatus, was probably completed in early 17th-century Bohemia, written in German and Latin, with many references to “Theophrastus”, better known as Paracelsus. The manuscript was continued in the 18th century, entering Johann Adalbert’s collection by 1743. By 1751 it was in the hands of another collector, who added annotations. 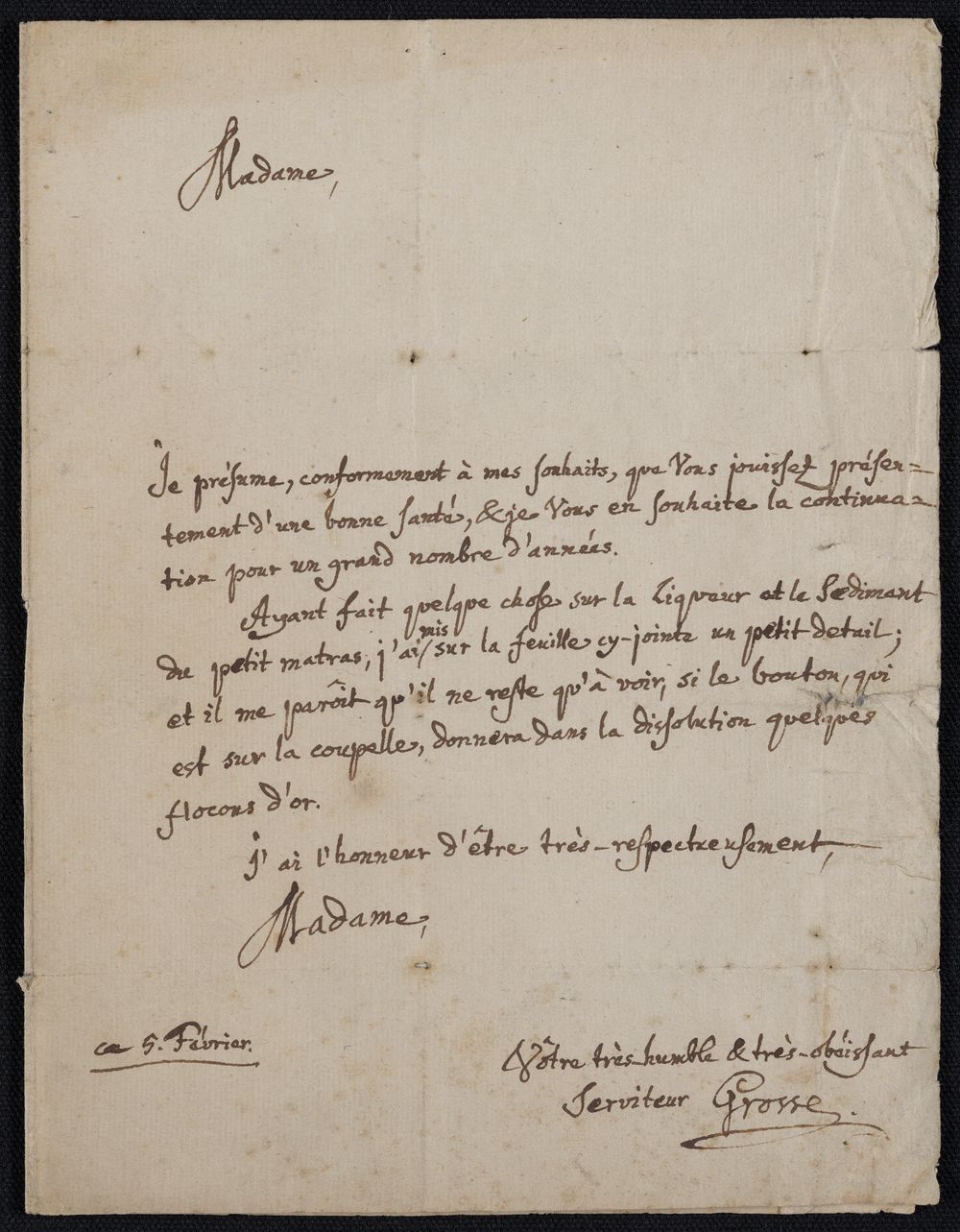 Jeanne de La Rochefoucauld (née Camus de Pontcarré), Marquise d’Urfé (1705-75), was an enthusiastic patron of alchemy. After the death of her husband the Marquis, she carried out experiments in a private laboratory, later described in the memoirs of Casanova. This undated recipe was presented to her by the German-born alchemist Jean Grosse, a member of the French Académie royale des sciences. Grosse outlines an alchemical experiment in nine steps, intended to produce gold. 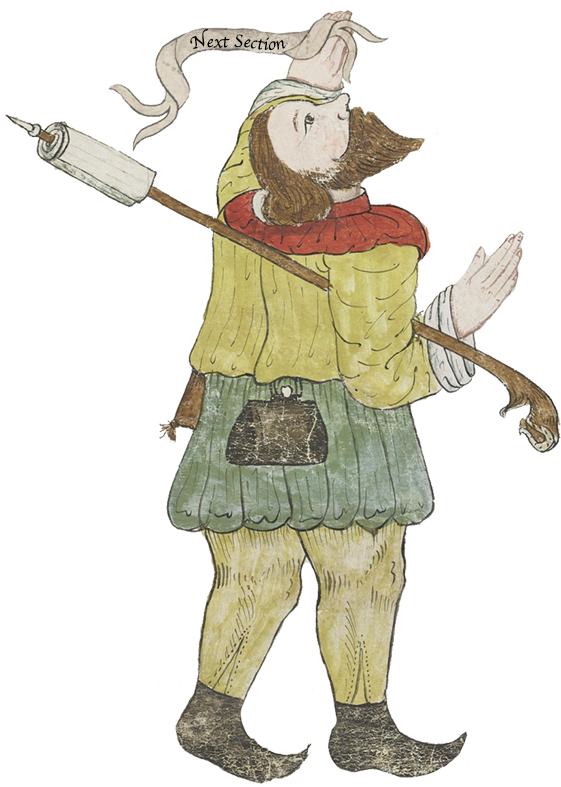