A philosopher presents an alchemical vessel for our inspection. Inside, the prime matter — represented as a toad — hangs poised among drops of blood and flying feathers. Below, another adept opens the book of Seven Seals to his apprentice: a reference to the Revelation of St John, but also to the divine authority of alchemical knowledge. An elaborate sequence of roundels radiates from the book, each illustrating a passage from a medieval Latin treatise, the Visio mystica. Together, the roundels trace the chemical journey of a male and female figure, from their dissolution in strong solvents to their putrefaction within the flask. 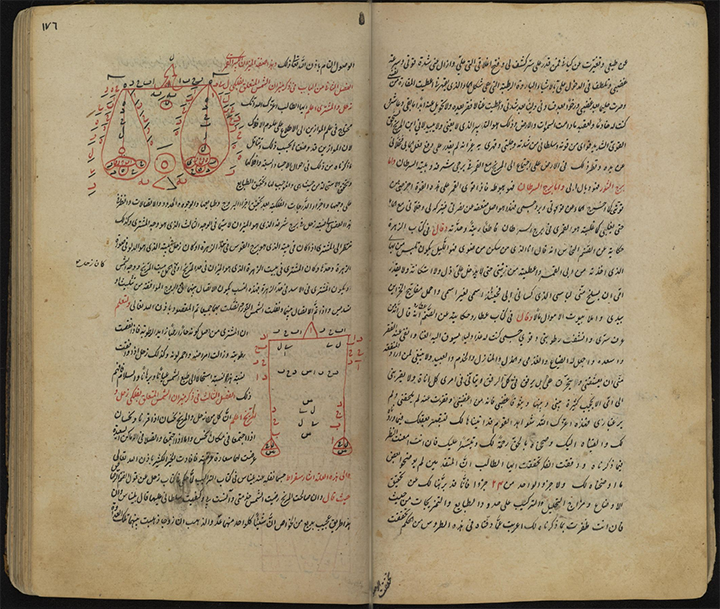 This alchemical miscellany includes three treatises by the great 14th-century alchemist, al-Jildakī. It also includes three attributed to Jābir ibn Ḥayyān (Geber in Latin), an eighth-century sage whose name was later appended to a large corpus of alchemical writings. Alchemy continued to flourish in Islamicate territories long after the translation movement. However, the 12th-century translation of Arabic alchemical treatises into Latin helped to establish Muslim philosophers like Jabir and Ibn Sina (Avicenna) as authorities in the Christian tradition. 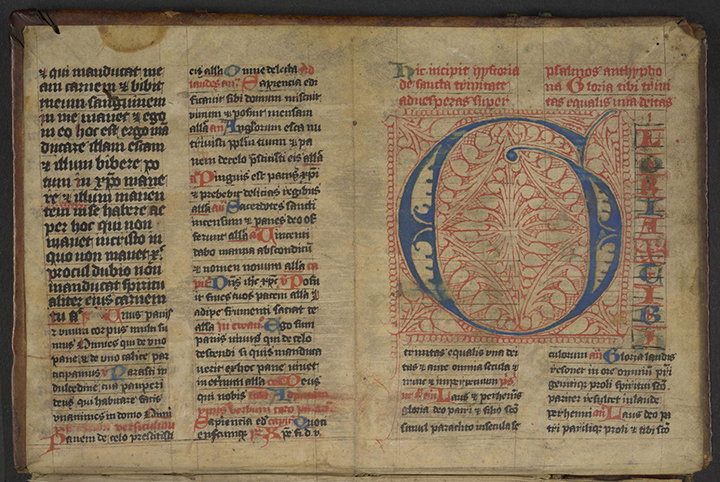 Hermes Trismegistus was an important authority in 15th-century Europe, as the eponymous author of the Hermetic Corpus of Greek wisdom texts. Although the Corpus was actually composed around the second and third centuries, Hermes was long thought to be a contemporary of Moses — a dating error that conferred enormous prestige on his supposed writings. Many of these, including the influential Pimander, seen here in an early edition, take the form of dialogues between a master and a disciple. 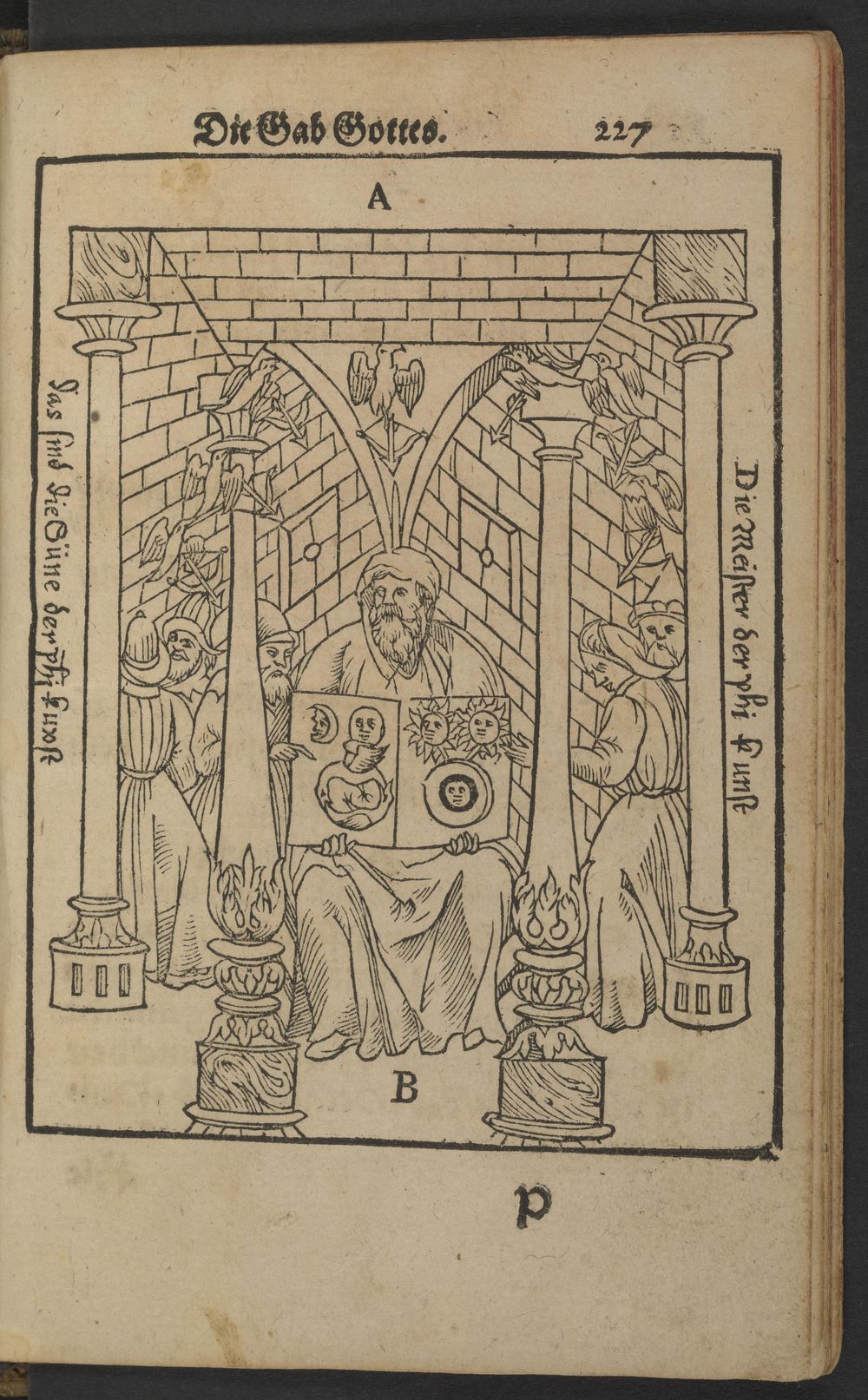 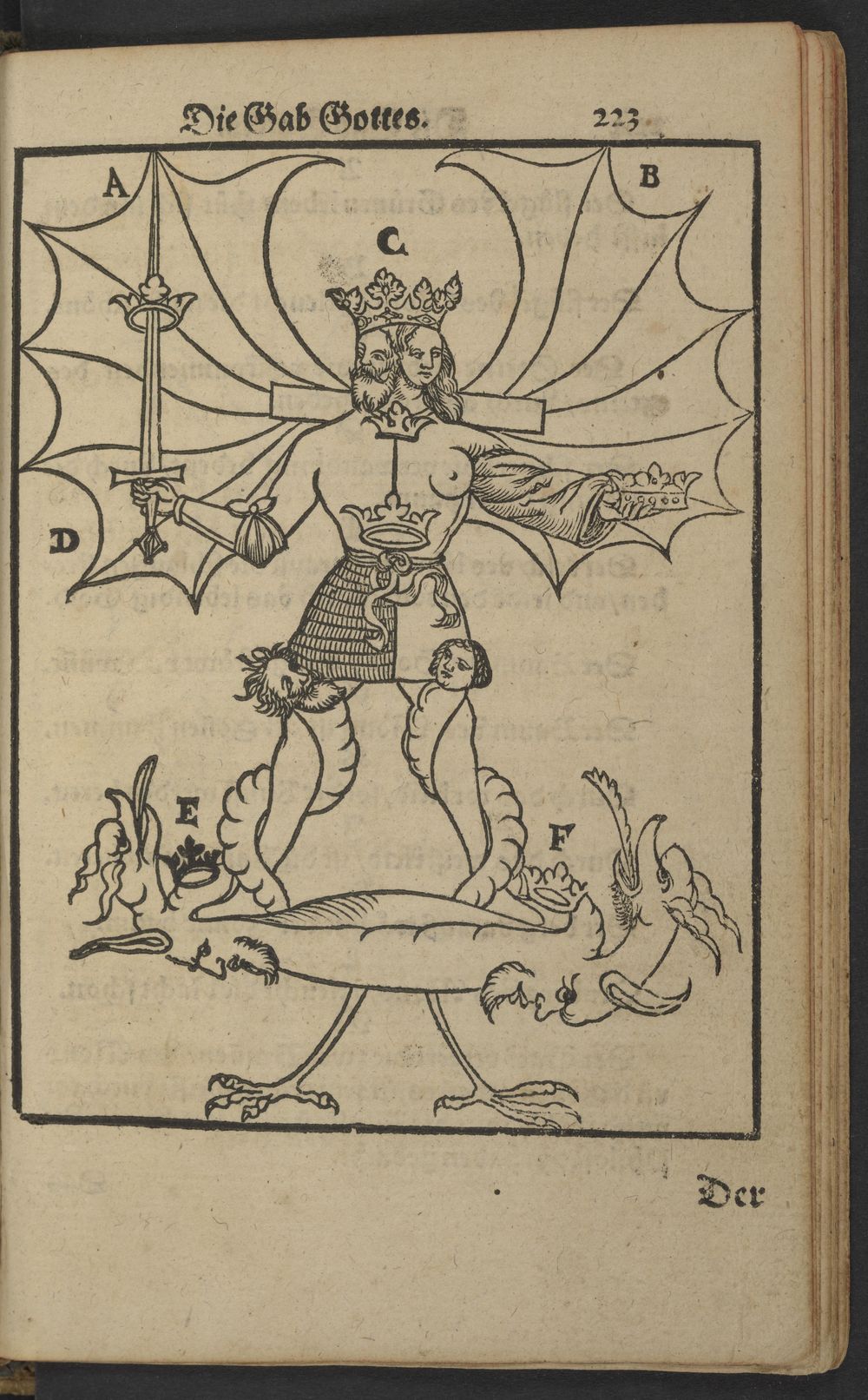 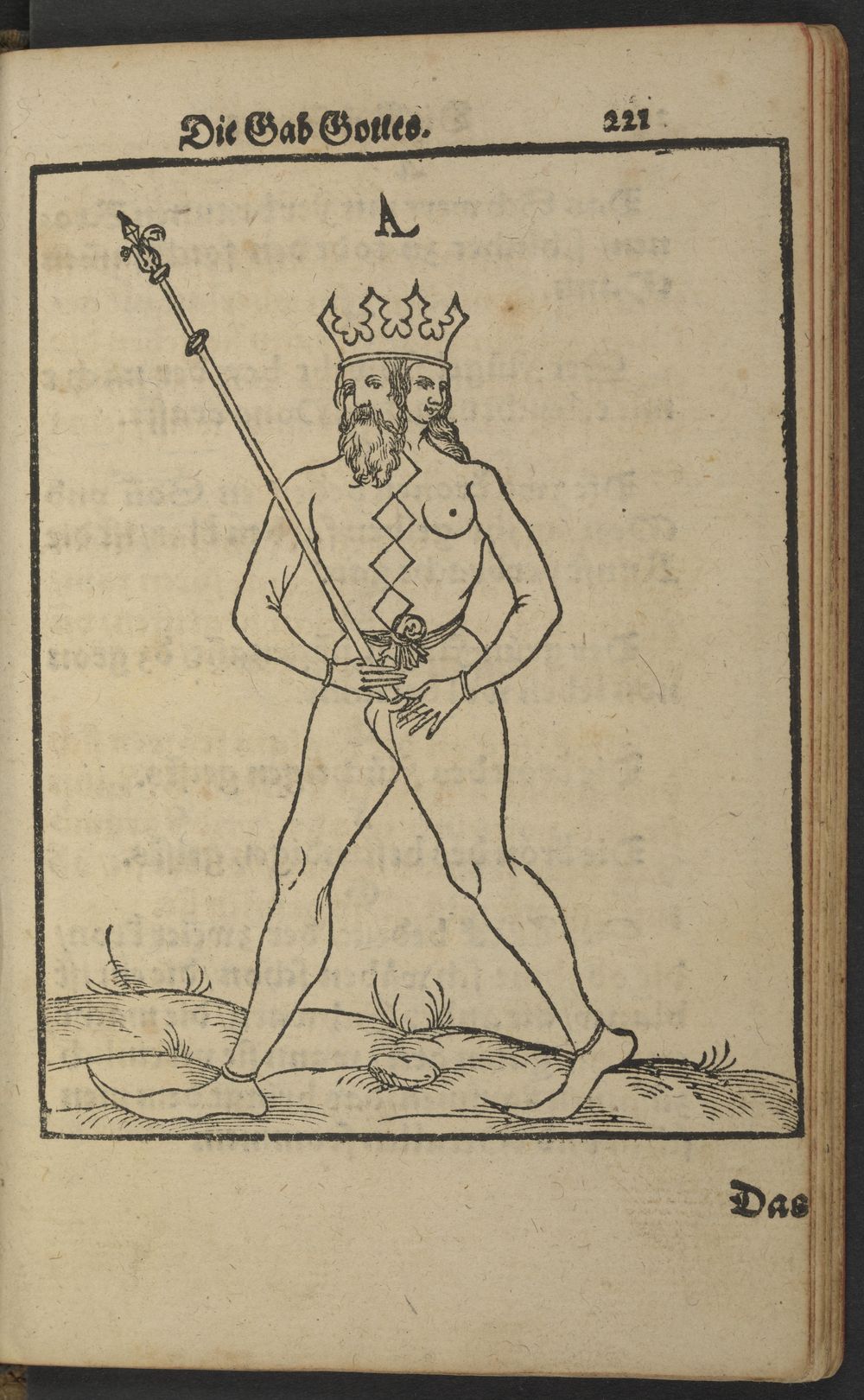 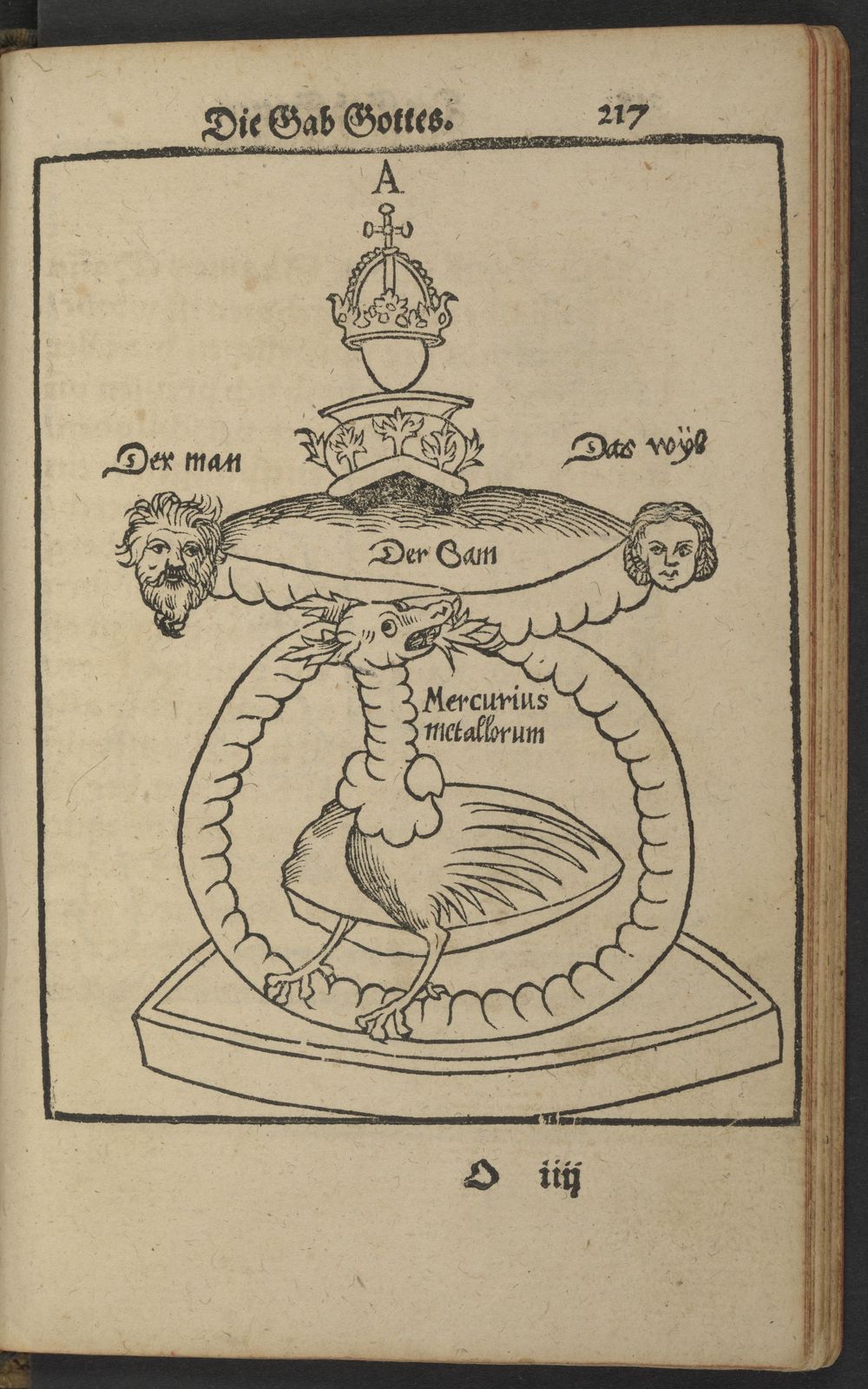 The woodcut in this German alchemical collection illustrates a much earlier text, The Book of the Secret of Creation. This Arabic treatise, pseudonymously ascribed to Apollonius of Tyana, describes a vault hidden beneath a statue of Hermes. Within, an old man sits on a golden throne, clasping a text inscribed on an emerald and a book of secret wisdom. The scene is depicted in several medieval image sequences, in which the secret book is reimagined as an illustrated tome. 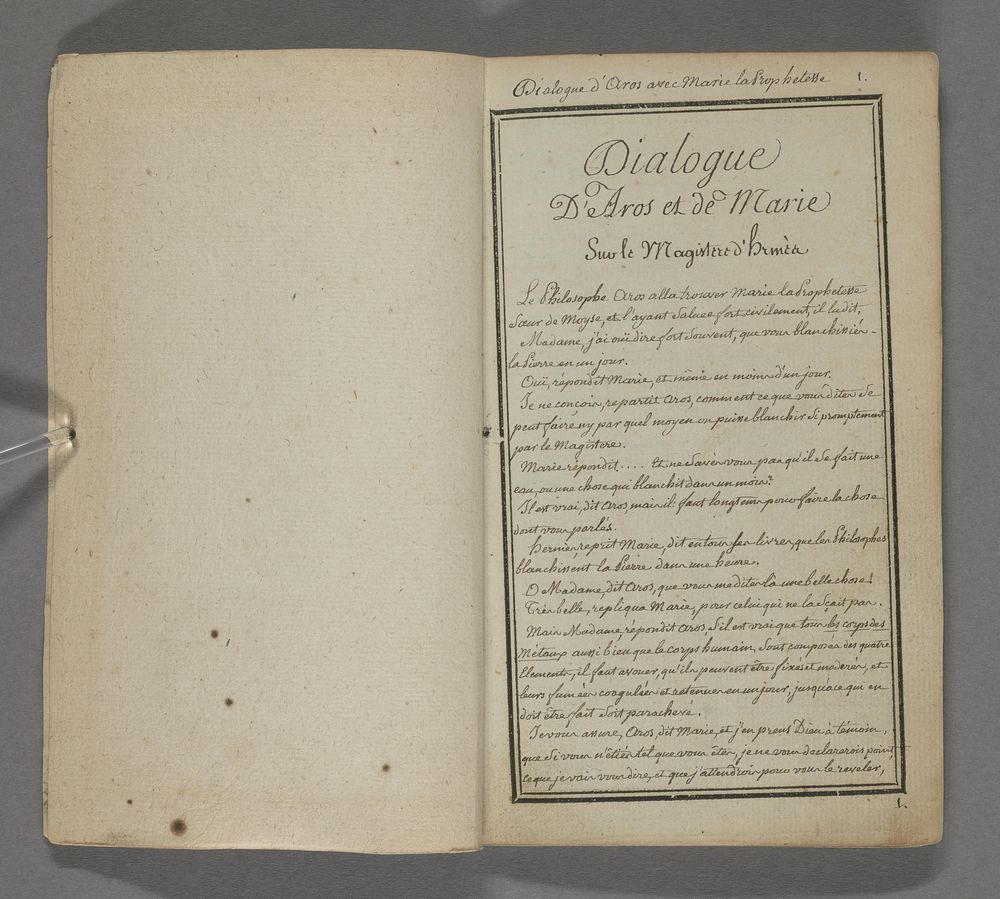 Maria the Jewess was an important alchemical authority in medieval Europe, associated with Miriam, sister of Moses. As the protagonist in an influential Latin dialogue, she teaches the secrets of alchemy to her student Aros (or Aaron) using a series of mysterious analogies. During the 15th century, the text was translated into Middle English verse and copied into the Ripley Scroll. The original dialogue continued to circulate well into the 18th century—this French translation may be copied from a printed edition. 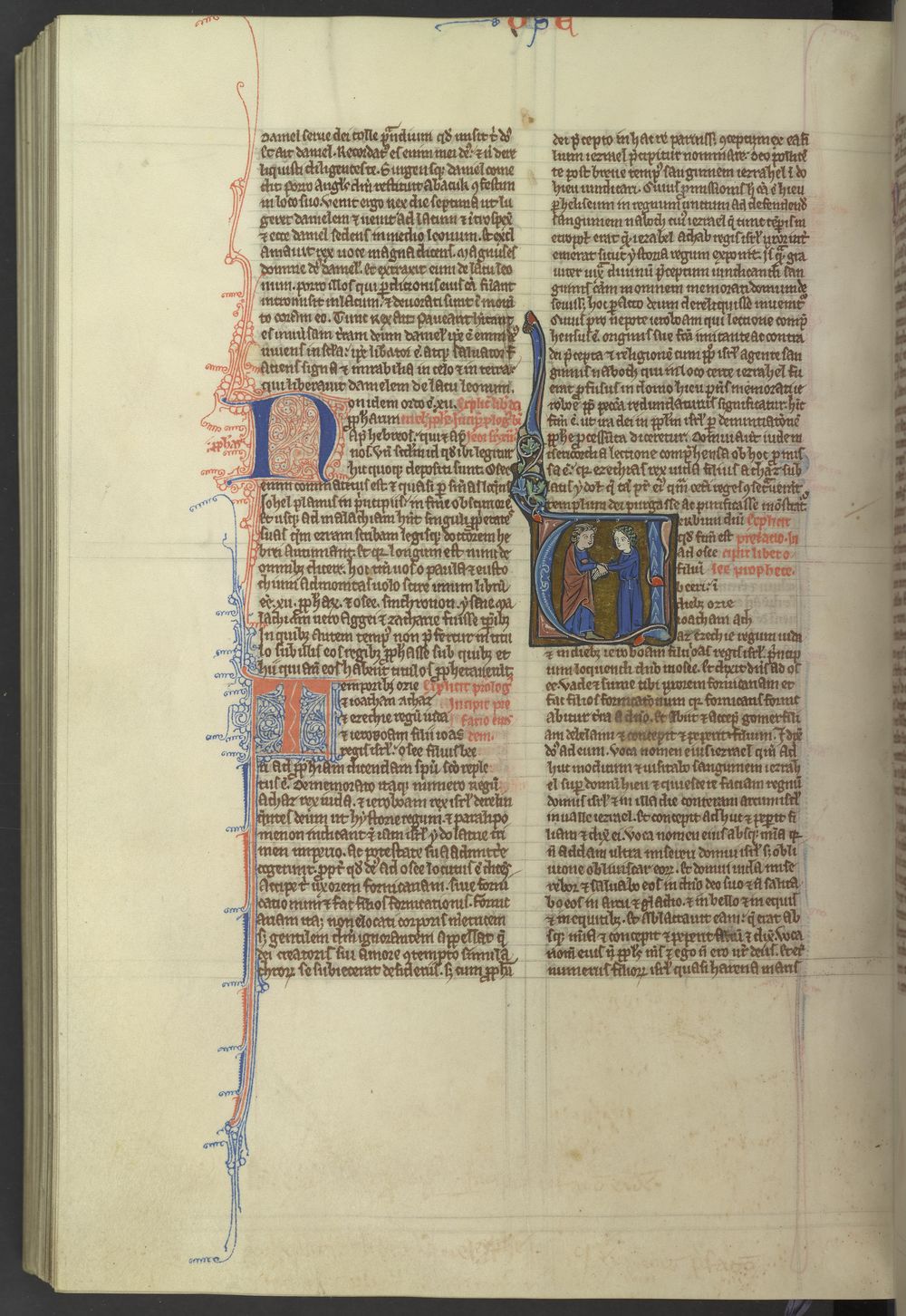 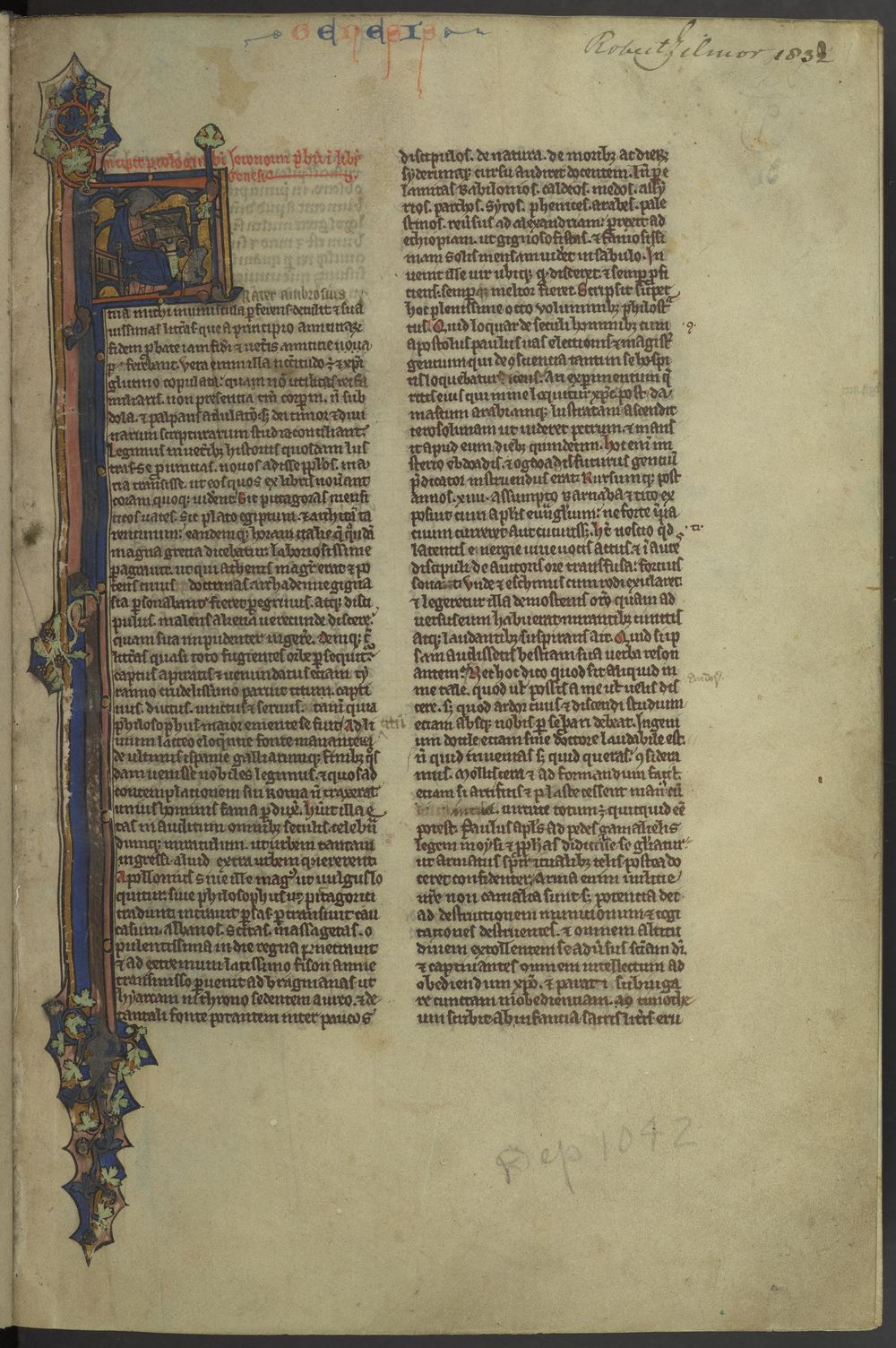 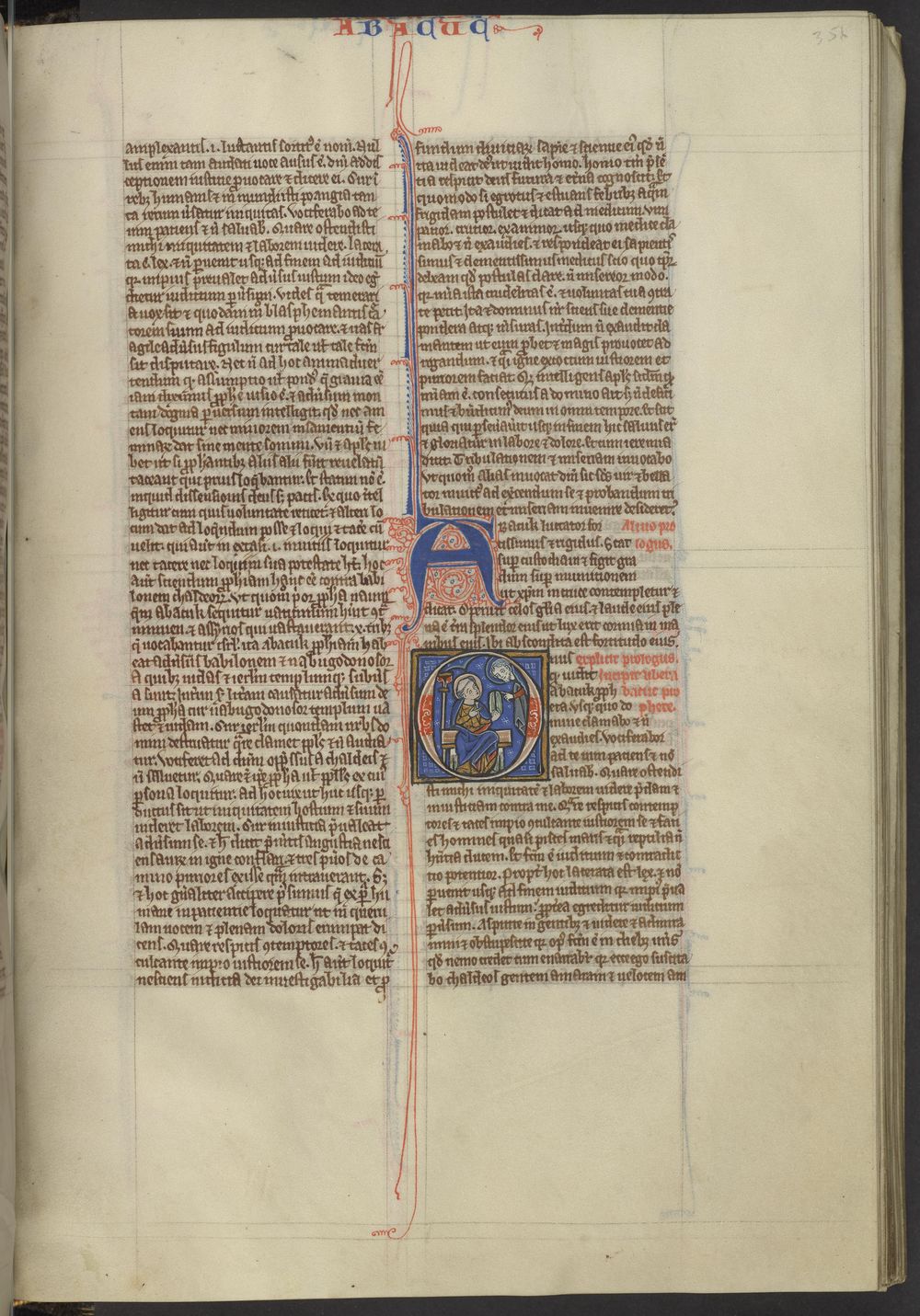 The ultimate source of knowledge in Christian Europe was not human, but divine, and alchemical authors frequently attribute their success to God’s grace or direct revelation. In religious iconography, such wisdom might be shown descending from heaven on a scroll, or being copied into a roll by a human scribe. In this 13th-century Bible, an illuminated capital shows the Apostle Paul seated with a scroll, representing his Second Epistle to the Corinthians. An angel emerges from heaven, as though taking dictation from above. 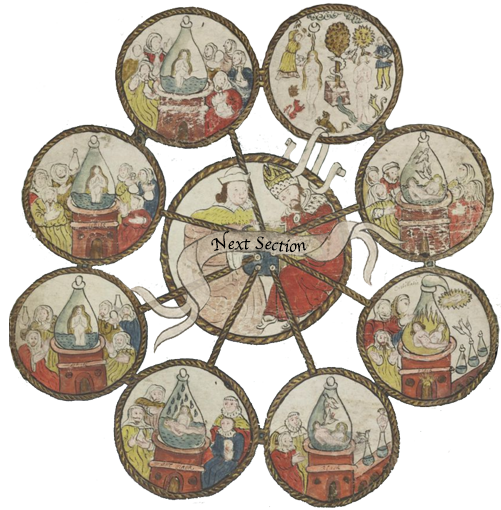