As a practical art, alchemy required sophisticated apparatus and furnaces — as well as technical skill in managing complex chemical operations. In the Ripley Scroll, the practical dimension is evoked by a glass “pelican” flask, in which the alchemical prime matter (represented as a toad) dissolves into blood-like droplets. The vessel takes its name from the pelican: a bird thought to nurture its young on its own blood, by piercing its breast with its long beak — a selfless act that evoked parallels with Christ’s sacrifice. In practice, the vessel’s arms allowed continuous circulation within the flask. 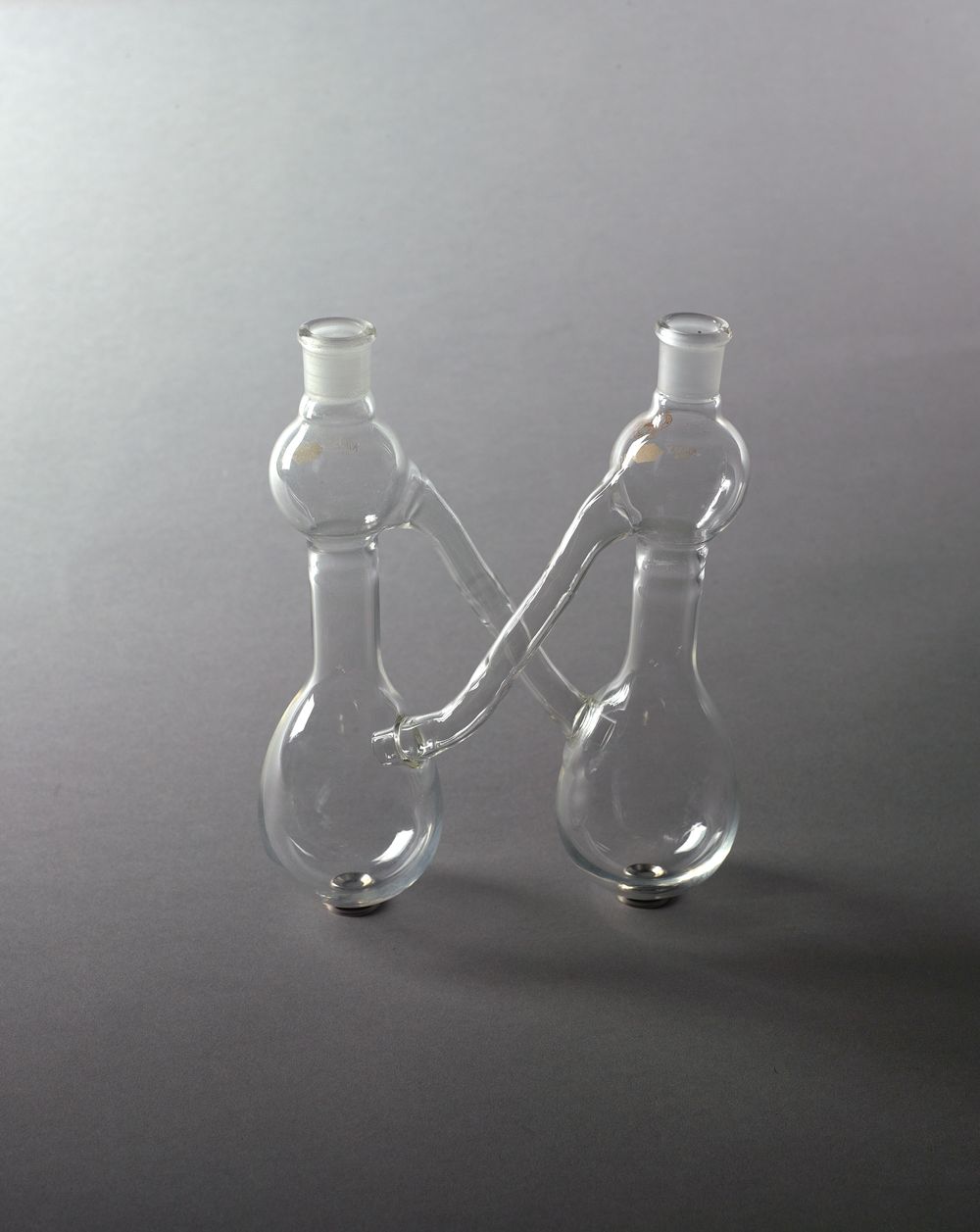 The twinned distillation vessels, or “gemissaries,” are designed to allow material to circulate evenly between two flasks. This unusual piece of apparatus is first mentioned in the Letter of Abbreviations of Pseudo-Ramon Llull, one of George Ripley’s 14th-century sources. Given the difficulty of making such a complex piece of glassware, it is unclear whether the twin flasks were ever used in practice, or whether they were designed as a novelty to intrigue readers. 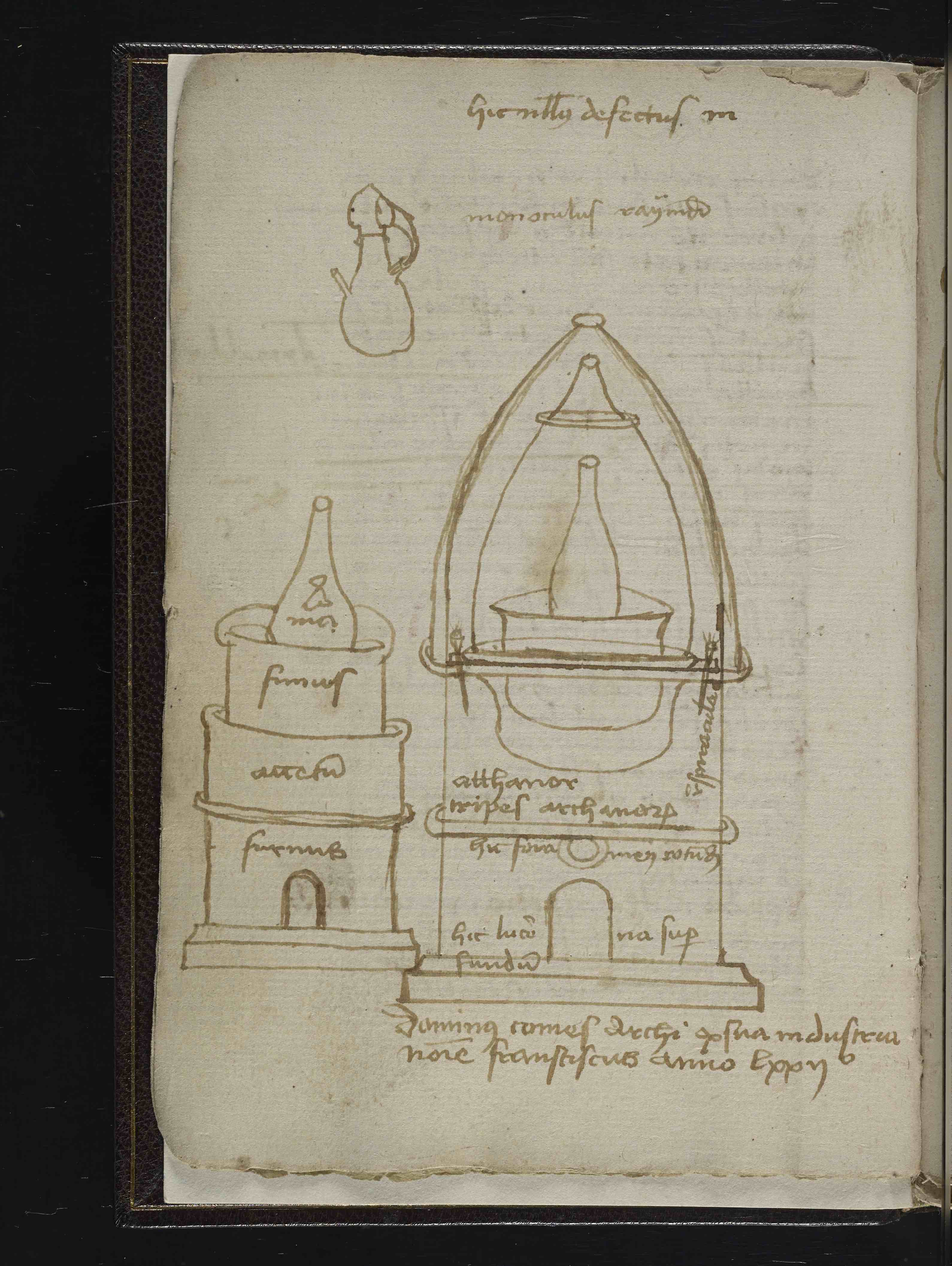 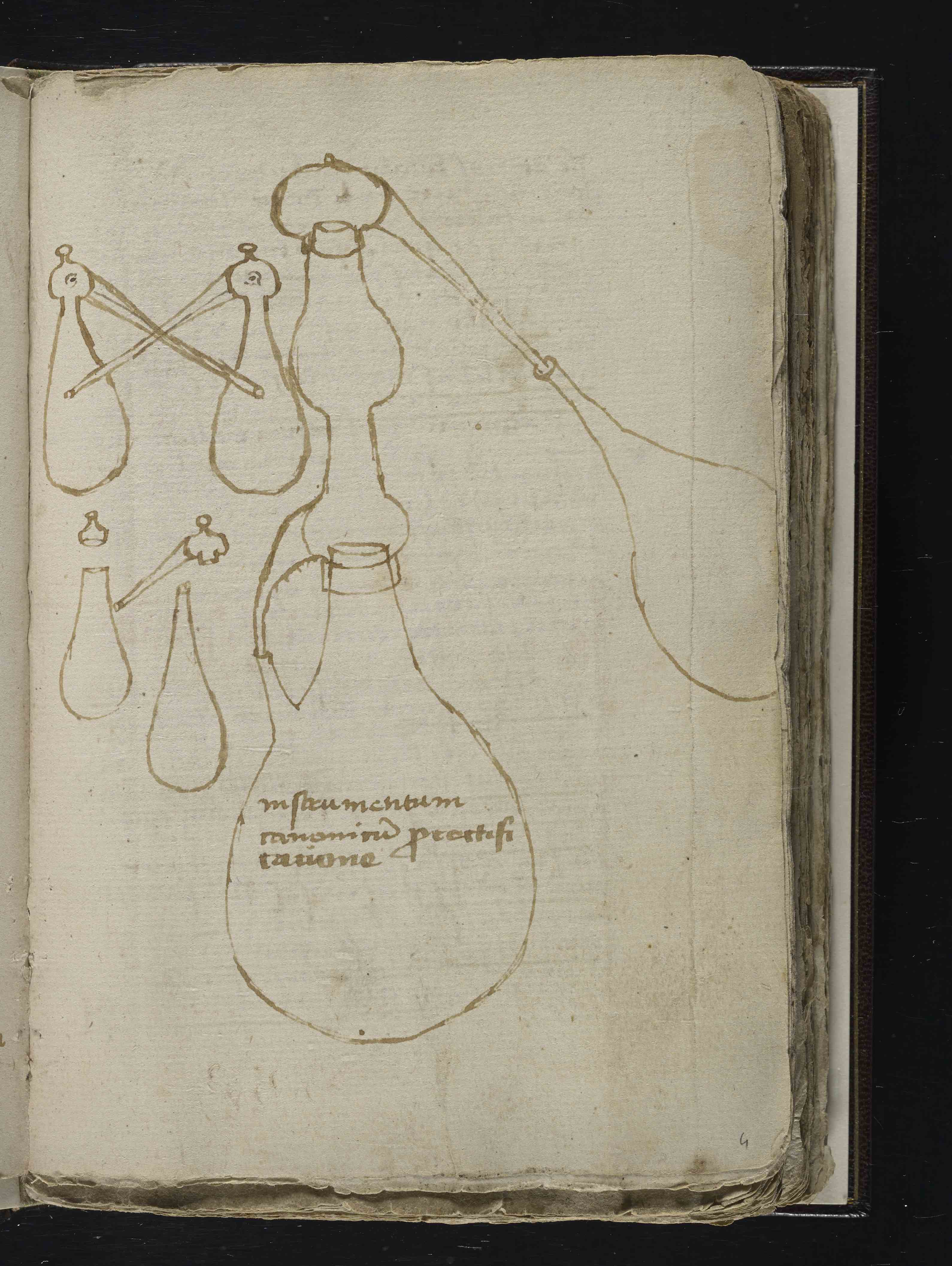 Most alchemical illustrations depict practical apparatus rather than allegorical figures. This 15th-century collection of pseudo-Lullian treatises includes drawings of apparatus copied from multiple sources. The athanor (on the left) is an enclosed furnace designed to maintain the flask at a constant heat. Elaborate distillation apparatus (on the right) is made by attaching an alembic to a gourd-shaped flask (or curcurbit). The largest flask is also a pelican, used for circulation. Next to it stands a pair of gemissaries. 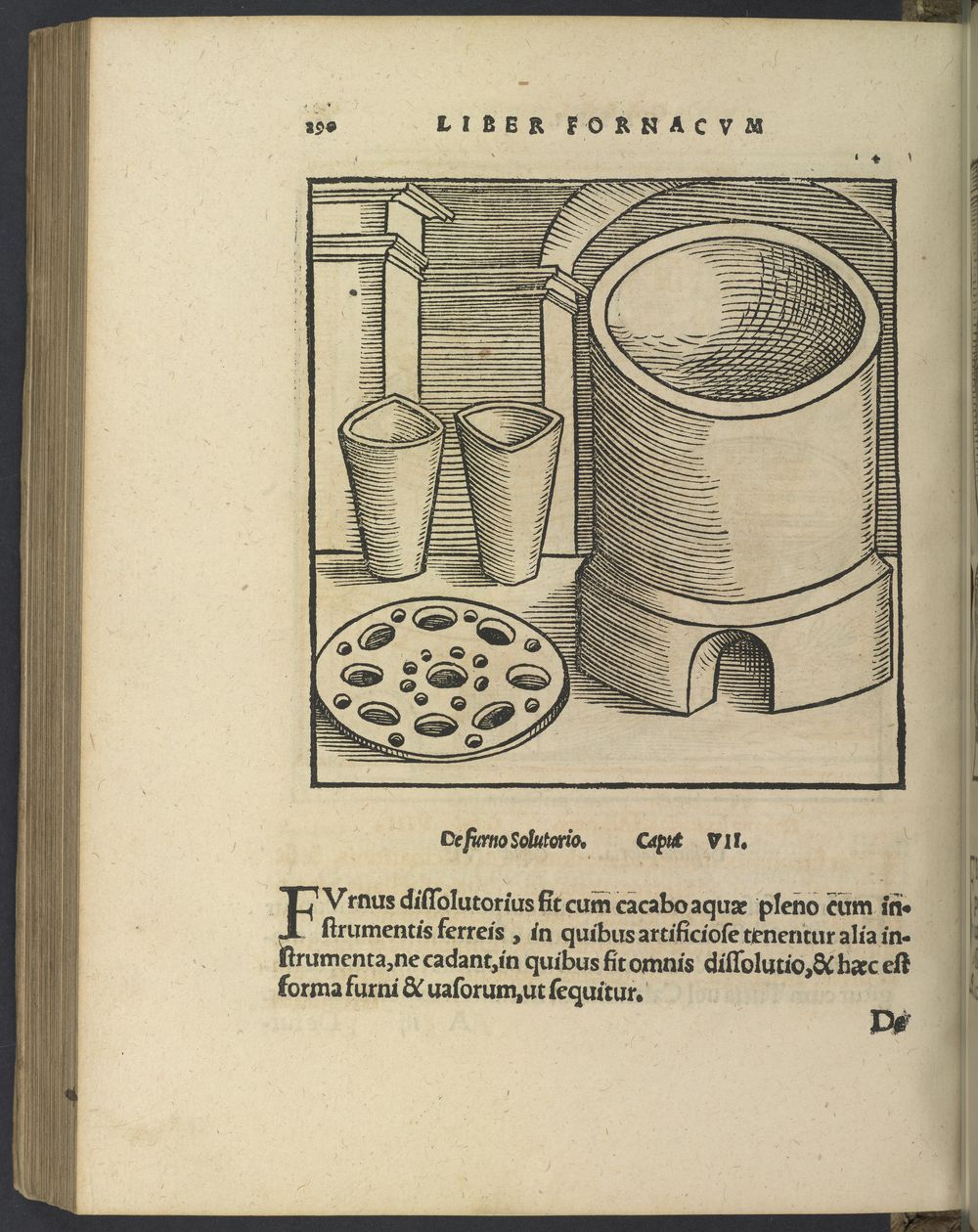 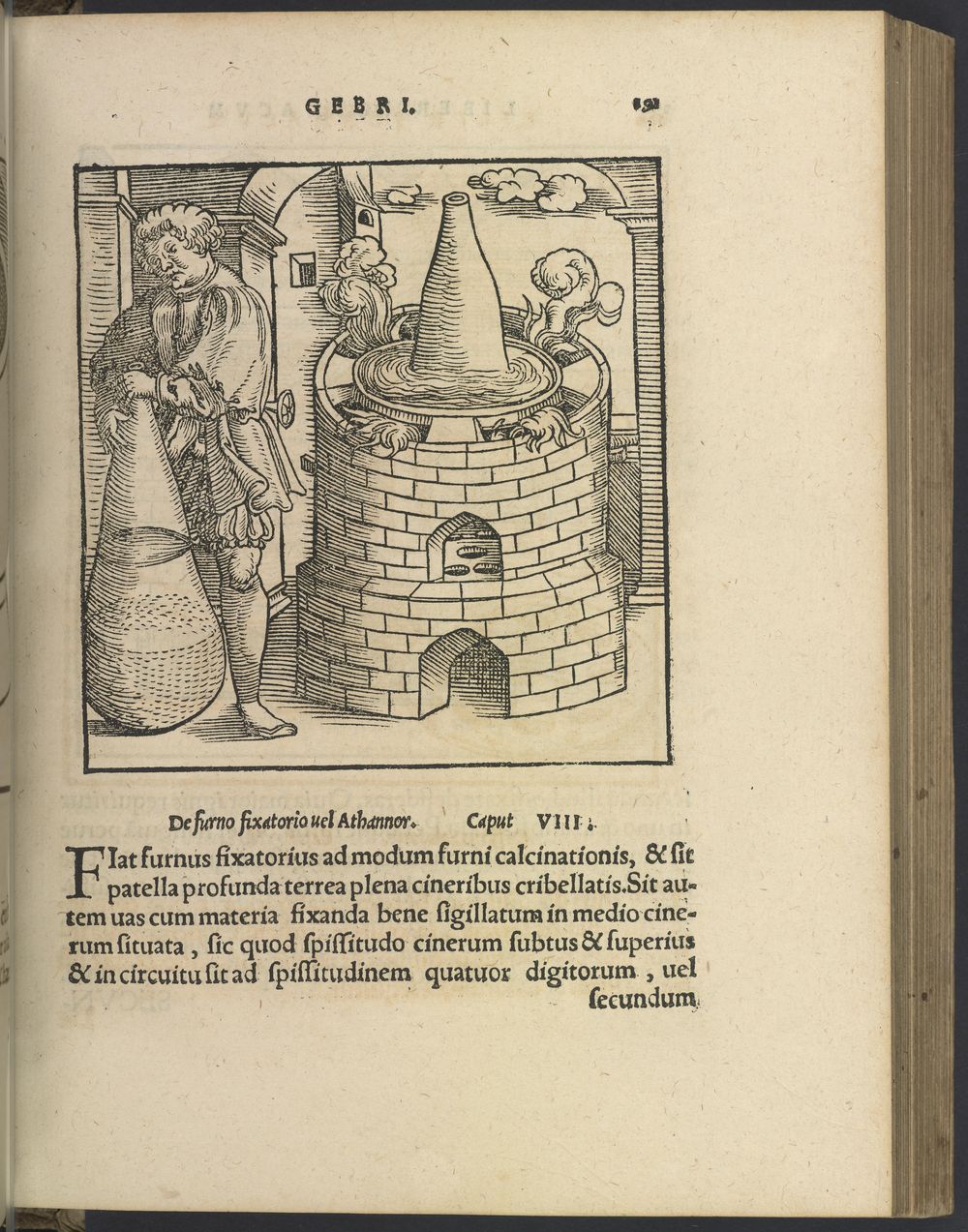 A well-constructed furnace was essential for maintaining uniform heat over long periods of time. Different alchemical processes, from roasting to distilling, called for different furnace designs, some of which are illustrated in this printed edition of the 13th-century Book of Furnaces, pseudonymously attributed to Jābir ibn Hayyān (Geber). On the right, the alchemical vessel sits in a deep pan of ashes within an athanor, similar in design to the furnace depicted in the Ripley Scroll. 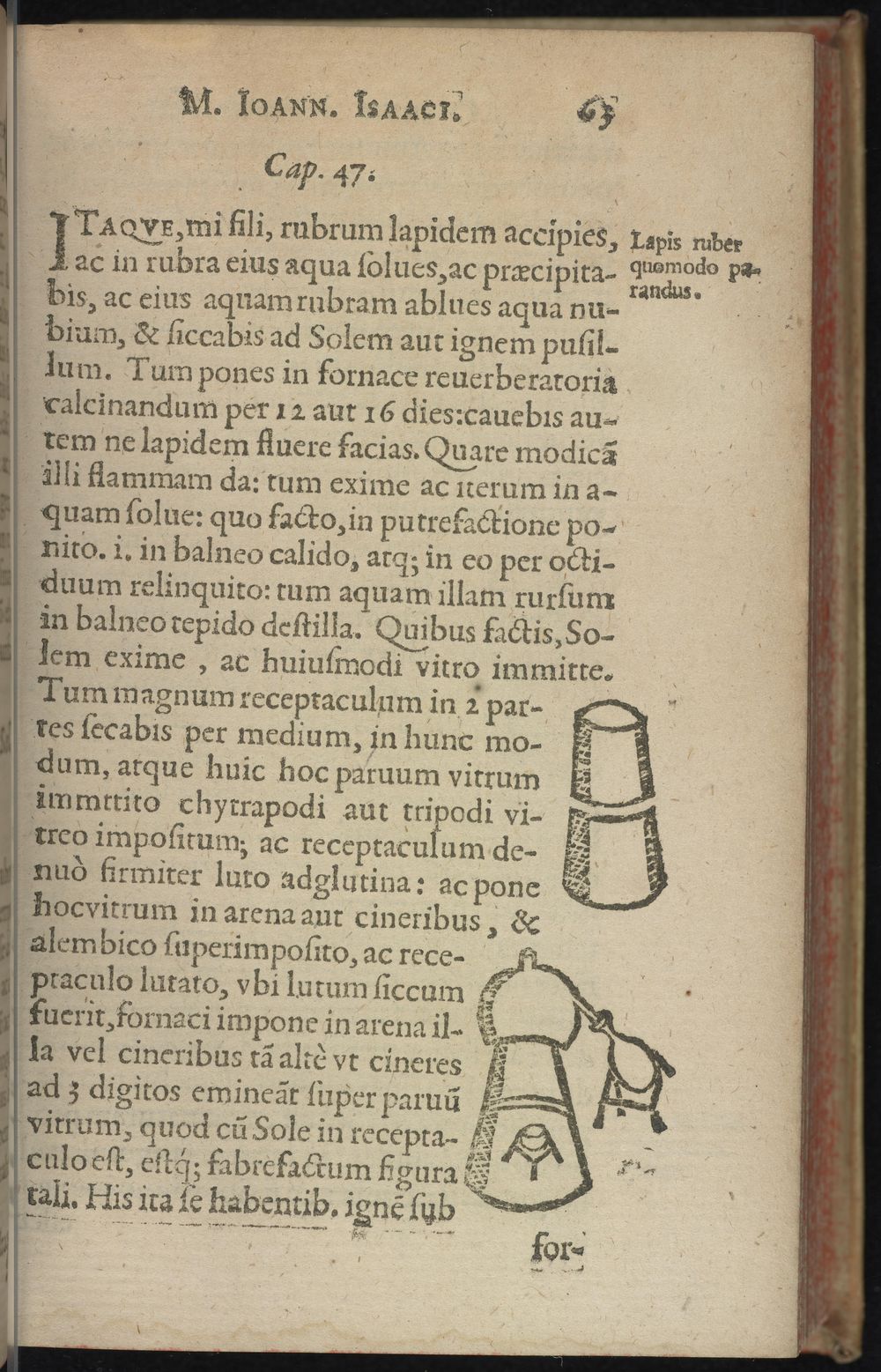 Delicate operations called for specialized equipment. This copy of the Mineral Work, a 16th -century treatise attributed to Isaac Hollandus, describes an ingenious method for inserting a tripod into a narrow-necked distillation vessel. The flask is cut into two halves, and a small glass of gold placed on the tripod before the larger vessel is resealed. Gold was frequently used as an ingredient in alchemical practice, particularly when making the transmuting “Red Stone”. 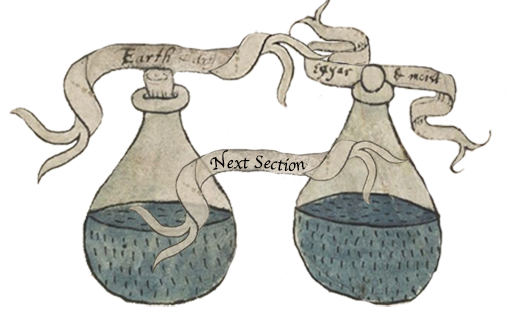