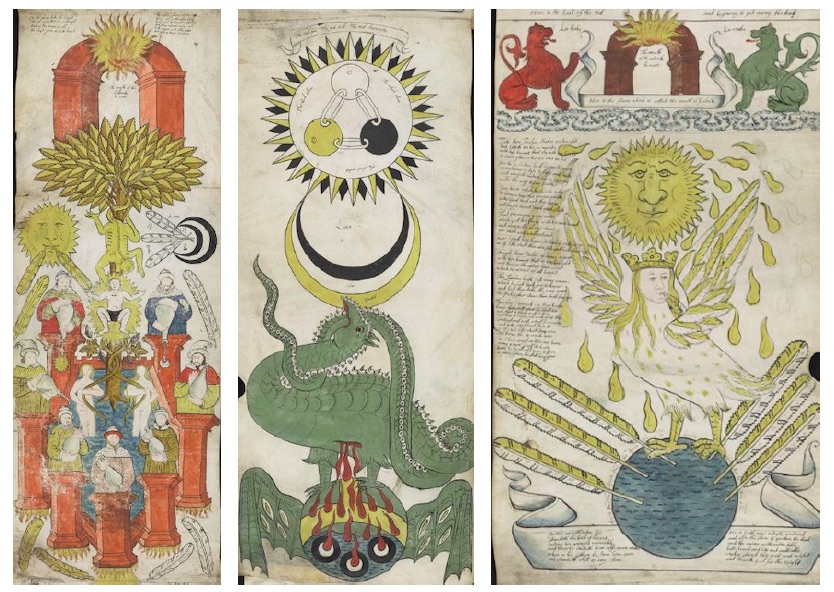 In medieval Europe, alchemy was a science of change. Alchemists sought to achieve extraordinary physical transformations: whether transmuting base metals into gold and silver, or creating elixirs to prolong human life. They presented alchemy as both a practical art and a philosophical tradition: one invented by ancient adepts, who disguised their secrets using allegorical language and obscure, fantastical imagery.

The “Ripley Scrolls” rank among the most spectacular products of this tradition. The oldest of these emblematic, alchemical rolls was produced in England in the late 15th century, possibly for a royal patron. Although its original provenance is unknown, the design was later attributed to the English alchemist George Ripley (d. ca. 1490), author of a famous poem, the Compound of Alchemy (1471). Over time, new generations of readers sought to decipher the Scrolls’ rich imagery, while producing copies of their own —altering the design to reflect new attitudes towards nature, experiment, and England’s alchemical past.