Piranesi cited Rome's "speaking ruins," along with earlier authors, as inspiration. For later issues of text, Piranesi etched a vignette to illustrate the initial letter. He designed the letter to complement the text, which refers to the “speaking ruins” that had inspired his architectural fantasies: decorated capital letters are commonly referred to as iniziali parlante. Princeton’s copy of the Prima parte contains the only known impression of this print, an important early example of his book design work. 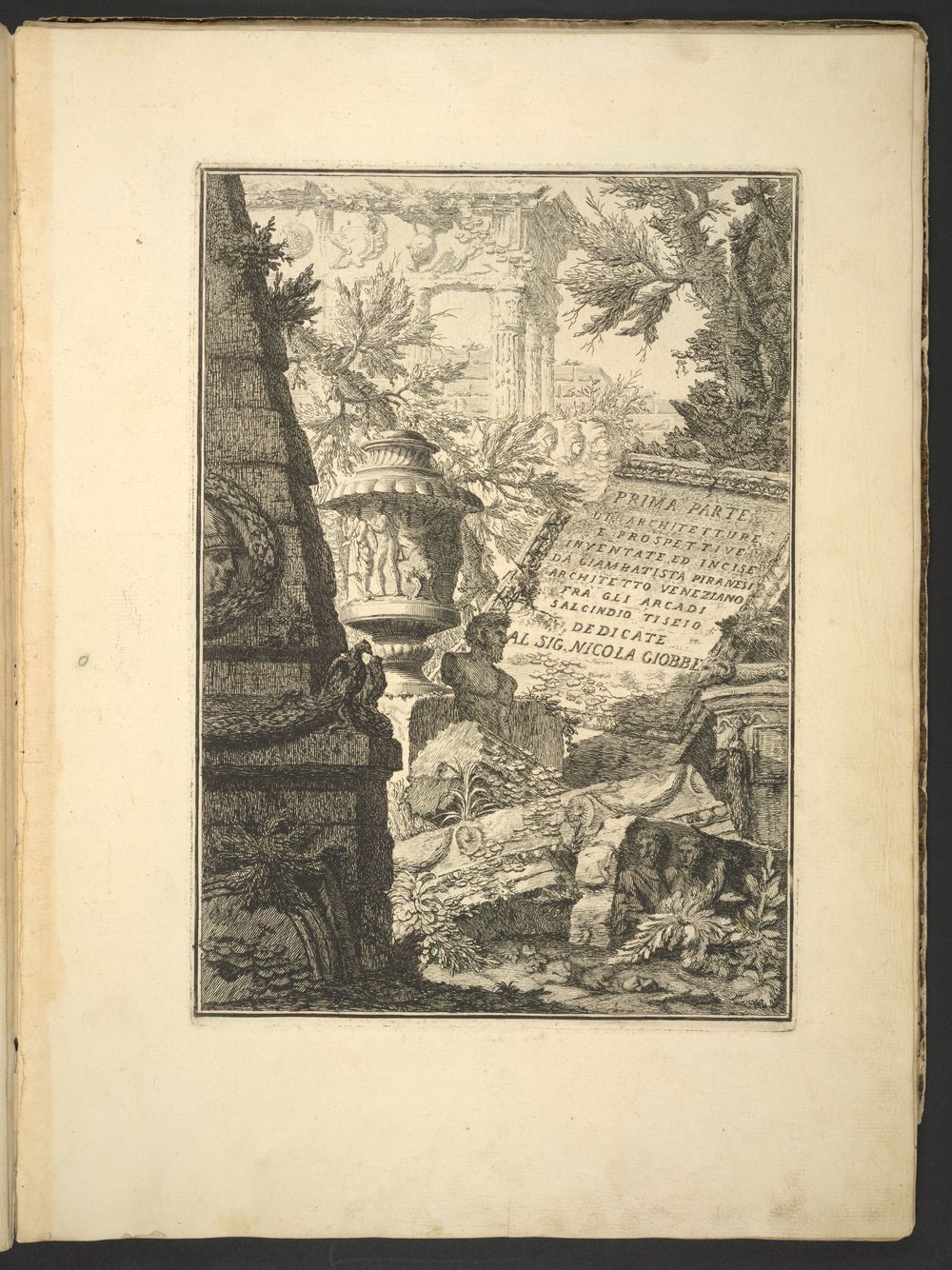 The Prima parte was Piranesi’s first book, published when he was only 23 years old. It had several elements that can distinguish a book from a suite of plates, including a title page, a dedication, a letterpress text, and an imprimatur on its first page. The dedication to Nicola Giobbe, shown here, refers to one of the many collaborators who contributed to the success of Piranesi’s books. Giobbe, a building contractor who had worked on the Trevi Fountain, gave Piranesi access to his library of 12,000 volumes and introduced him to local architects like Nicola Salvi and Luigi Vanvitelli. Piranesi also collaborated with local printers. Because he did not own the necessary equipment to print letterpress, he had the Prima parte’s text set by the Pagliarini brothers. 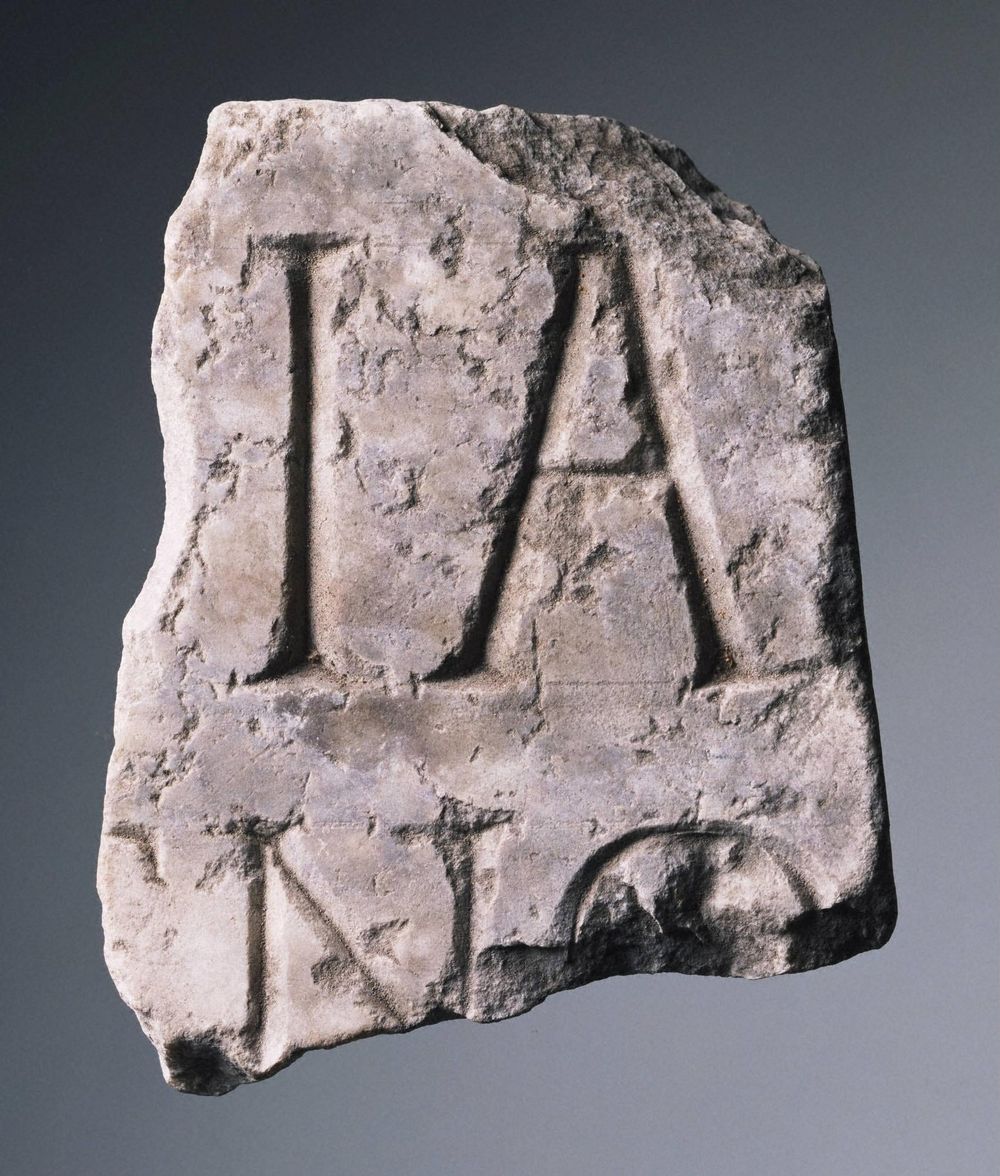 In the Prima parte, Piranesi’s dedication to Nicola Giobbe appears as if carved in stone. Piranesi’s works display an interest in historical forms of writing across media. Many of his prints suggest how relief surfaces of various kinds could be used to make words permanent, including through printing matrices. Ancient Roman inscriptions in particular fascinated him, and he often depicted extant fragments, focusing on their material details. He also created his own fictional inscriptions, like the dedication to Giobbe and those in several of his later title pages. 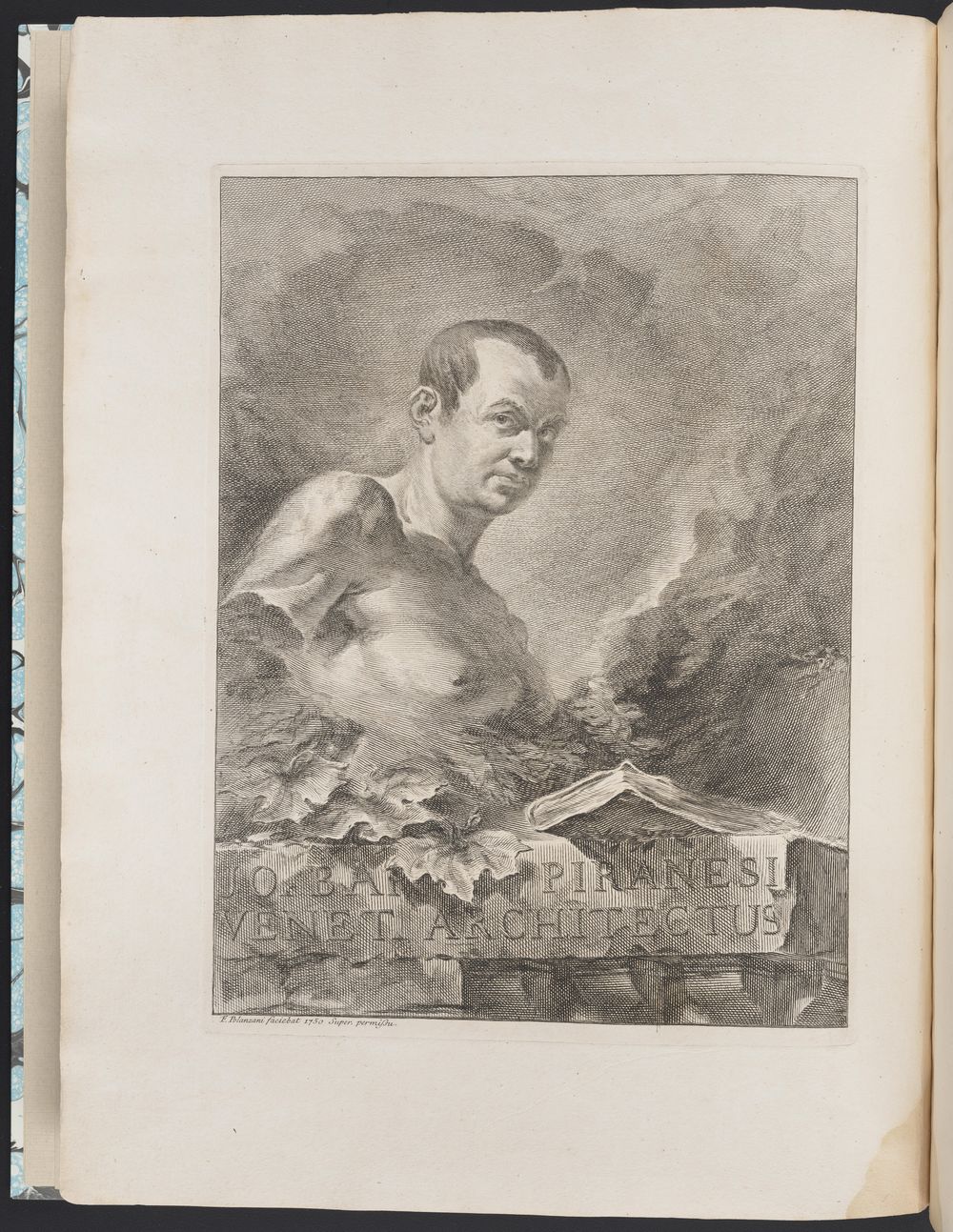 Piranesi created the Opere varie to accomplish several tasks. Although copies of this book vary, they usually include prints from the Prima parte, along with other sets of prints that came to be known as the Grotteschi and the Carceri. Piranesi served up this mixed buffet under one title page to unite his various print suites, disparate in their subjects, in a saleable form. If the complex work has a single theme, it is antiquities, a topic that by this point had begun to unify all Piranesi’s interests. In Polanzani’s portrait, Piranesi presides over the Opere varie as an ancient bust merged with a living man. Shown with a book, and with an inscription that identifies him as a Venetian architect, Piranesi had reached a turning point in how he would organize his future work.