In 1752 the publisher Giovanni Bouchard printed a small book with views by Piranesi and other artists. Years later, Piranesi glued a scrap title page from this book to one of his own drawings. The study in red chalk shows the paving stones of the Appian Way, an illustration for a book Piranesi published himself in 1764. On the reverse of this conjoined sheet of paper he made a new drawing, a large sketch of a fantastical building--the first step in creating yet another page for another book. The composite sheet reproduced on this wall is from the Kupferstichkabinett of the Staatliche Museen zu Berlin, which has a significant collection of Piranesi’s drawings. 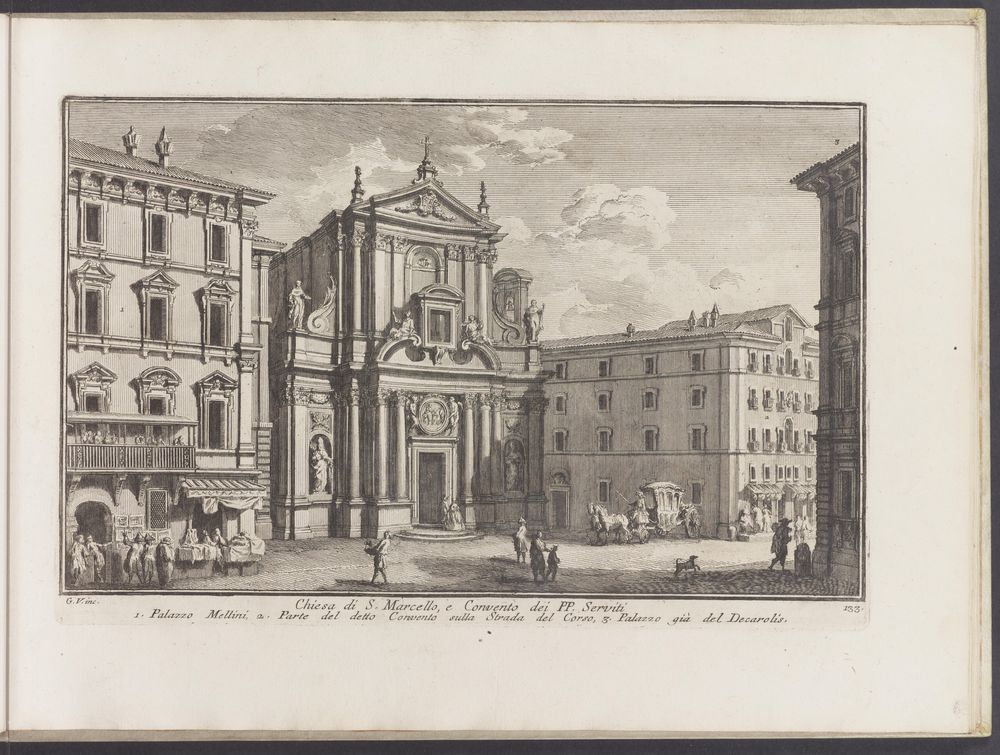 Located next to the church of San Marcello al Corso, Giovanni Bouchard’s bookshop was one of the first places in Rome where customers could purchase Piranesi’s works. In Giuseppe Vasi’s view, prints hang on the wall, inviting customers to come inside. 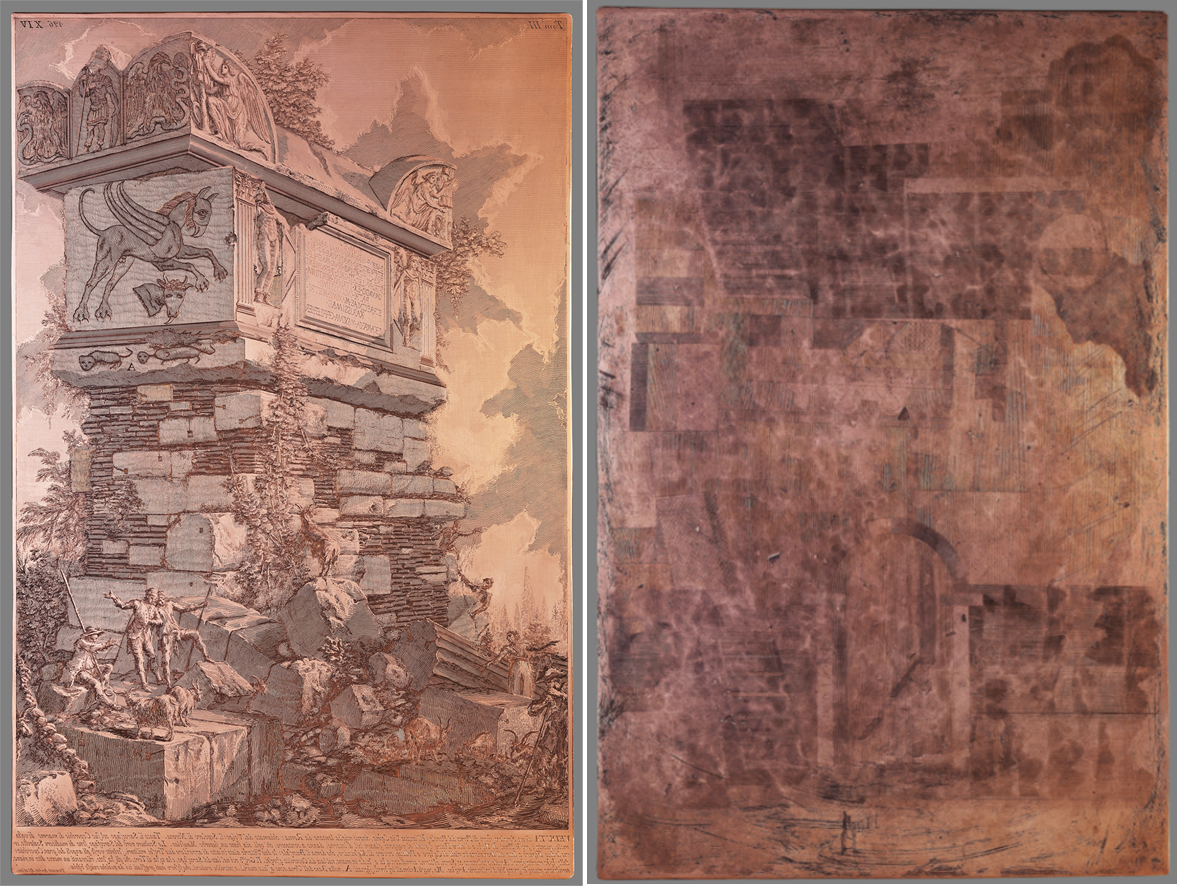 This copperplate was used to print an illustration for the Antichità Romane, (below). The back of the plate has an accumulation of different trials: the lower part includes a large portal and various architectural elements crowd the top. Today nearly all Piranesi’s plates are preserved together in the Istituto Centrale per la Grafica in Rome. 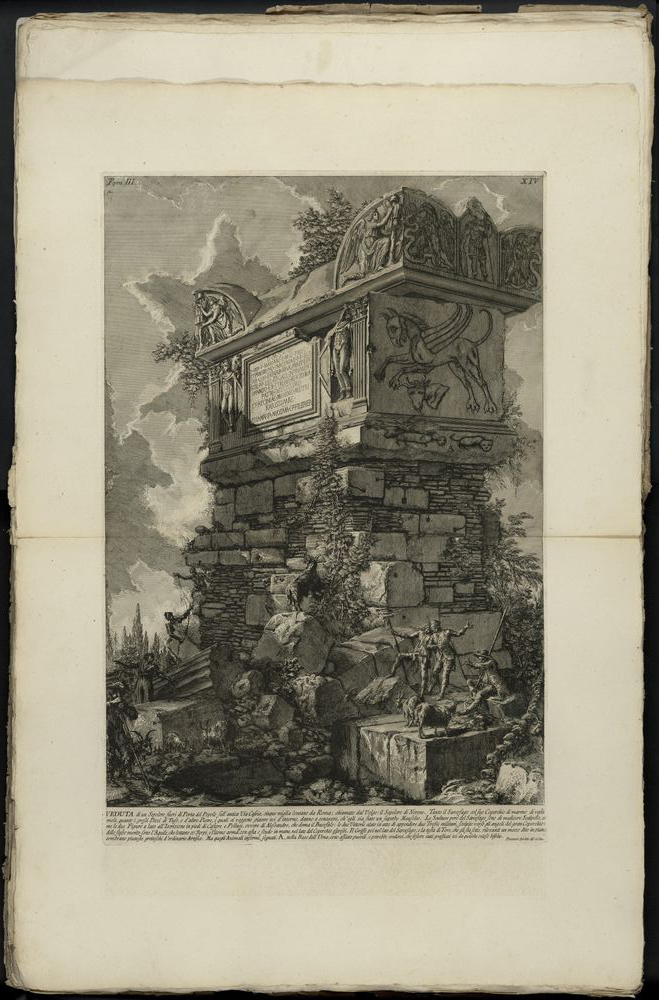 Piranesi’s early publications attest to his fascination with ancient burial monuments. This page from the Antichità Romane shows the so-called Tomb of Nero outside the city on the Via Cassia. A frolicking griffin ornaments the unusual open-air sarcophagus, set on a high pedestal atop a hill. Although its inscription makes clear that this tomb belonged to Publius Vibius Marianus and Regina Maxima, it became known as the Tomb of Nero in the medieval period.

Sketches for Mantelpieces and a Candelabrum, after 1766. Black chalk, pen and brown ink

Piranesi made these drawings on the reverse side of a large map of waterways in northern Italy (reproduction to the left). This map was published in Pio Fantoni’s Della inalveazione de’ fiumi del Bolognese, e della Romagna, printed in 1766 by Marco Pagliarini. Piranesi may have received his copy directly from Pagliarini, as the sheet does not have telltale creases suggesting that it had once been folded inside a smaller volume. Marco and his brother Niccolò had printed the texts of the Prima parte, Piranesi’s first book.