A Maker of Books

In the early 1740s, Piranesi began contributing small vedute (city views) to the books of others, selling copperplates he had etched to Roman guidebook publishers. He published his first book, the Prima parte di architetture e prospettive, in 1743, citing Rome’s “speaking ruins,” along with earlier authors, as his inspiration for the scenes of fantastical structures. In the short essay that accompanied the prints, Piranesi complained about his lack of opportunities to build. Books offered an alternative career path, a place to invest creative energy outside of building. 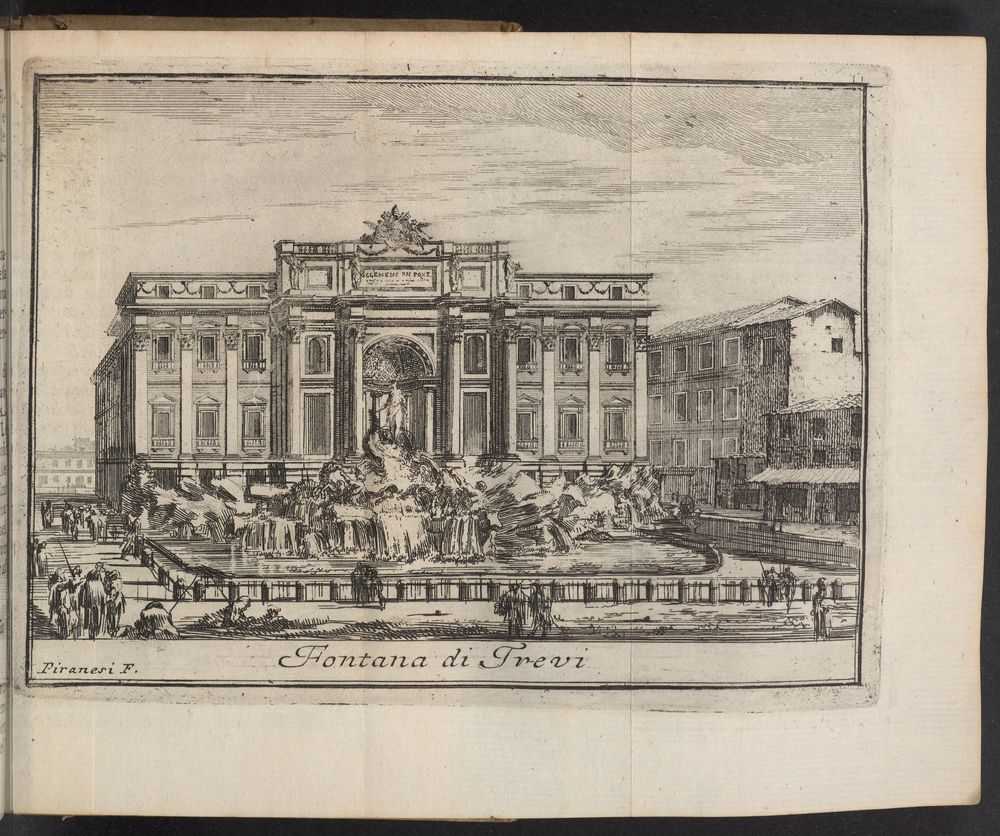 When Piranesi first came to Rome, he found work supplying copperplates to book publishers. Guidebooks were a hugely successful genre thanks to the tourists who flocked to the city, and their publishers required a constant supply of new material. Piranesi contributed small etchings to illustrate descriptions of monuments. When he made this view of the Trevi Fountain, the grandest of Rome’s baroque fountains was still under construction, and Piranesi’s print does not show it exactly as built. He later made several larger etchings of the Trevi for his own series of vedute. 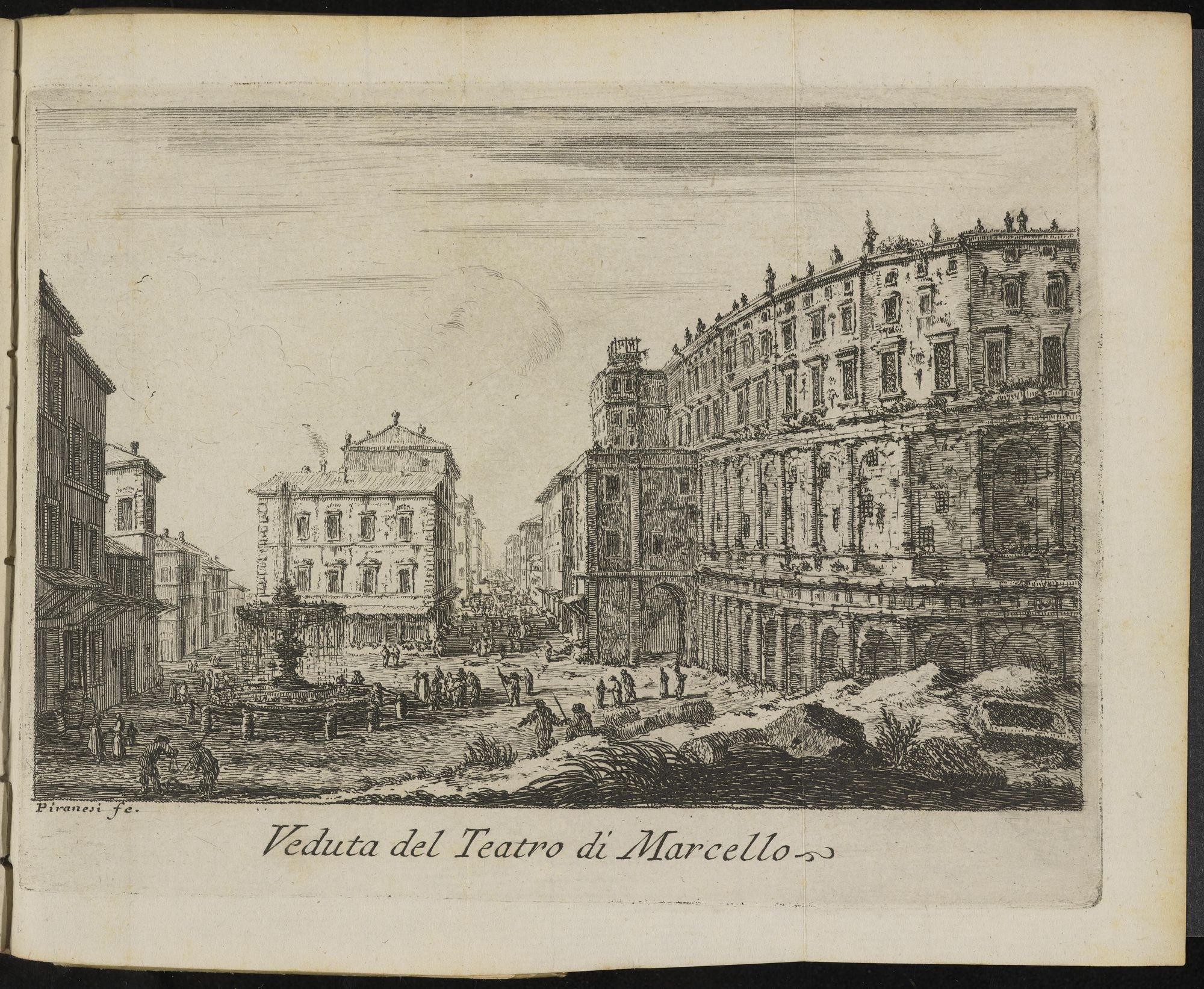 This edition of Pietro Rossini’s Roman guidebook includes eight signed Piranesi etchings, made during his first years in Rome. Because Piranesi had sold the copperplates for these early etchings, publishers reprinted them for years, incorporating them into other books. After this youthful phase of his career, Piranesi retained ownership of his plates and sold only their impressions. As a result, except for the earliest work, almost all the copperplates he made still remain together today. He etched the Theater of Marcellus several times throughout his career, at various scales. 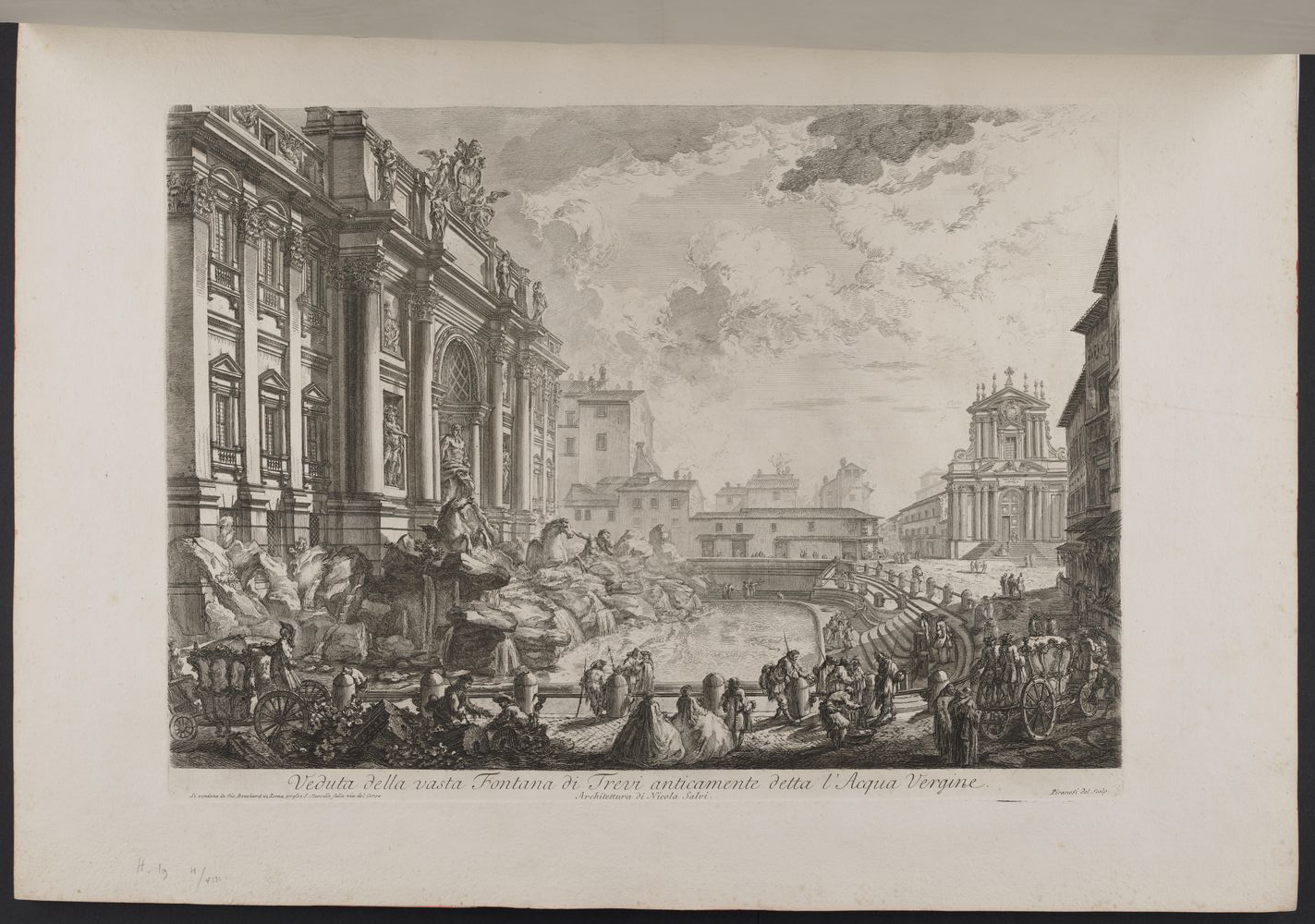 Popular with tourists, Piranesi’s Roman views were his most financially successful prints. This unique volume has 26 early impressions of his vedute, which he began to produce around 1746 and continued to make throughout his entire career. He kept these copperplates and sold the prints to bookshops and print dealers. There are book-like aspects to the views’ production. For example, Piranesi made a title page or frontispiece for them, a marketing strategy that had existed since the mid-sixteenth century. He also considered writing a text to accompany the views, a piece that might have provided intellectual coherence to a group of individual scenes. Compared to the small view of the Trevi Fountain that he sold to a publisher in order to meet the market, this larger view of the same subject shows how Piranesi used expanding formats to develop context, increase scale, and add complexity.