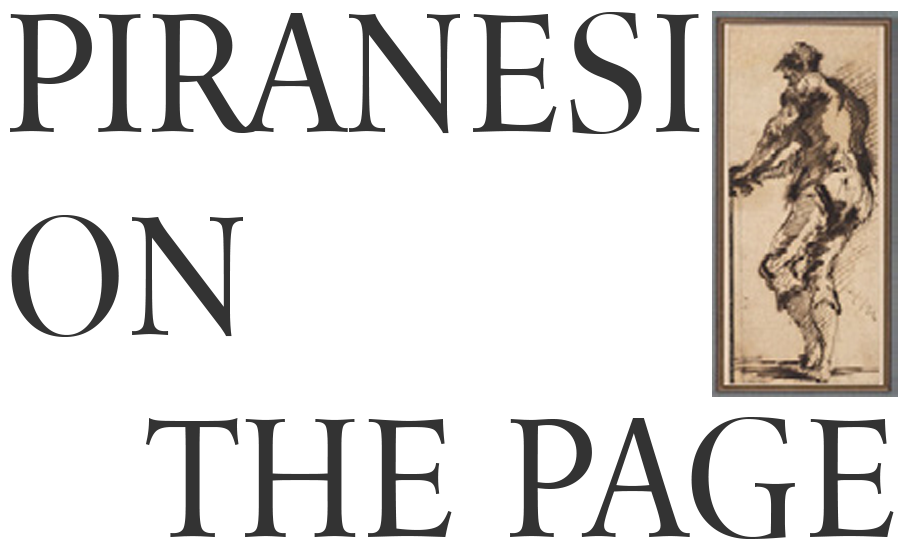 Born in Venice, Giovanni Battista Piranesi (1720–1778) came to Rome in 1740, seeking to become an architect. Finding no opportunities to build, he began to make paper monuments in the form of books. The pages he crafted became his most powerful and creative art form.

Piranesi worked in many media, including sculpture, furniture, drawings, and architecture. But the single sustaining medium that he pursued throughout his career was the book. Piranesi created twelve volumes that combine text and images, and to make them he thought in units of pages. Making images and making texts were two separate processes, discrete enterprises that required different equipment and skills. Piranesi operated as a creator of prints, writer of texts, designer of pages--and sometimes as a publisher, dealer, and salesman.

Piranesi on the Page tells the story of the book as the centerpiece of Piranesi’s artistic production. What did these volumes mean to him, who did they bring into his world, and how can the process of making them be understood throughout his career? As the central thread that connects all spheres of his enormous ambition, Piranesi’s books reveal how the artist became the foremost printmaker in eighteenth-century Europe.