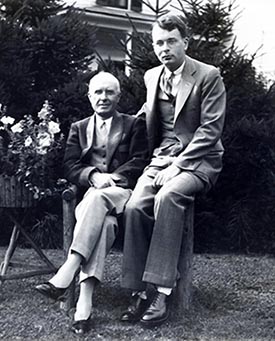 The early decades of European printing were of deep interest to John H. Scheide (1875–1942, Princeton 1896) who brought the Gutenberg Bible into his private library; and the same decades became a passion for the Bach scholar William H. Scheide (1914–2014, Princeton 1936), who built on his father’s collection, and himself made a significant contribution to our knowledge of the influence of the Gutenberg Bibles.

As a result, through “Bill” Scheide’s spectacular bequest, Princeton University owns one of the world’s great collections of earliest European printing. The present exhibition, surveying this period, highlights the century-long collecting program of the two Scheides, father and son. But no single collection, anywhere, is fully comprehensive. Through the generosity of other great libraries, the exhibition has been immeasurably widened and enriched. The loans from England in particular include treasures of early printing that have never before been seen in America, and many of the loans from American libraries have never before gone beyond their walls.

John Rylands Library of the University of Manchester