An Introduction to the Printing Process

Gutenberg’s invention of typography eventually revolutionized the world of text production and distribution. One early printer boasted that a printing shop could produce more in a day than a scribe could in a year, and the ratio is approximately correct. But the printing craft did not produce an immediate explosion. The first two decades of European printing, 1450-1470, have a pace of their own, and these years contain long overlooked mysteries. Much of our knowledge resides in the evidence of fragments of otherwise lost editions, which stand in the shadow of such famous monuments as the Gutenberg Bible and the 1457 Mainz Psalter. The early decades were of deep interest to John H. Scheide (1875–1942, Princeton 1896) who brought the Gutenberg Bible into his private library; and the same decades became a passion for the Bach scholar William H. Scheide (1914–2014, Princeton 1936), who built on his father’s collection, and himself made a significant contribution to our knowledge of the influence of the Gutenberg Bible.

Europe’s paper mills made paper on molds of four distinct sizes, the commonest of which was the smallest, Chancery. Printers were naturally knowledgeable of the sizes, and all their calculations of printing costs, book dimensions, and page layouts flowed from their primary decision to buy a particular size of paper. All four sizes are represented in the books and broadsides of this exhibition. 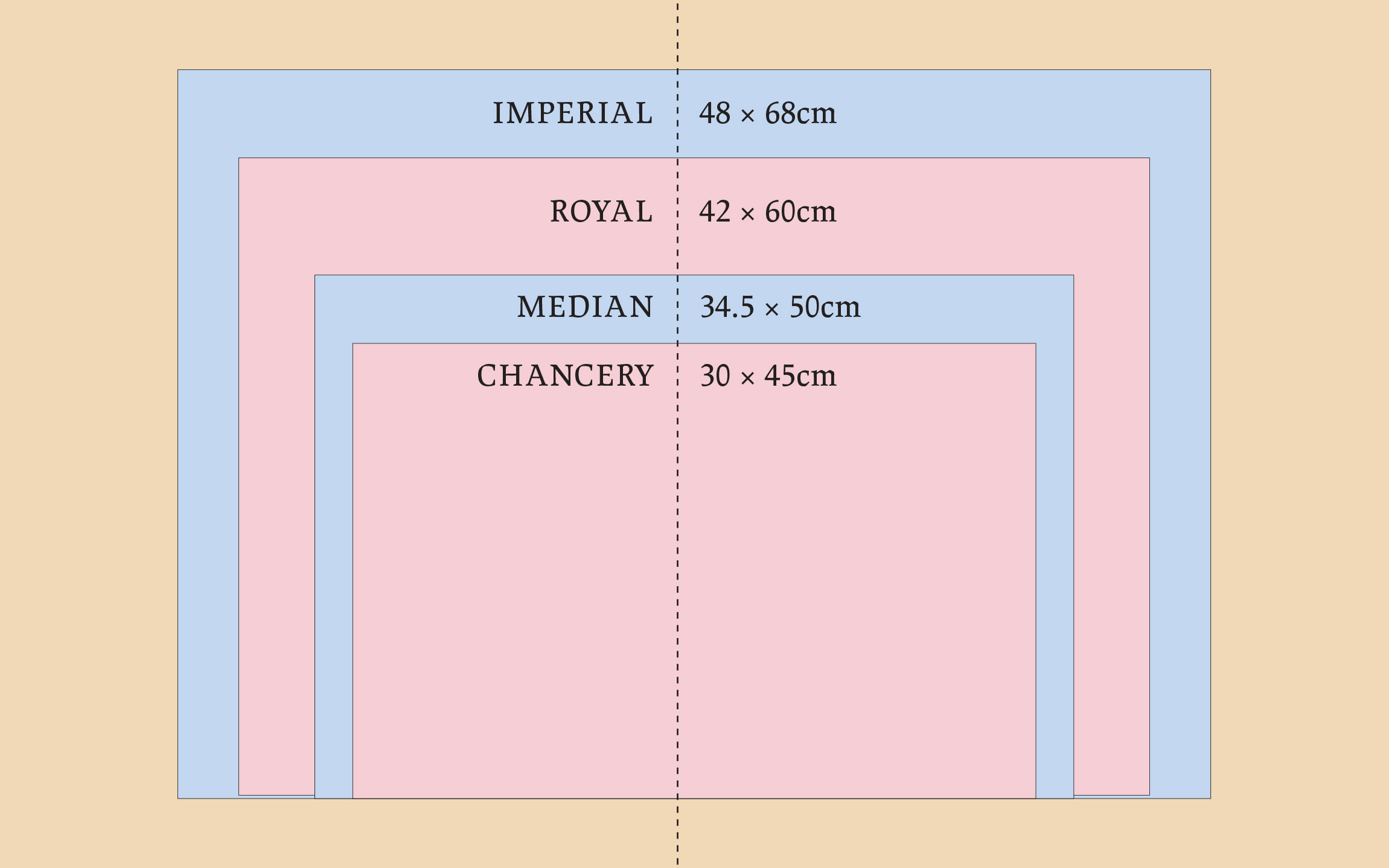