Beyond Mainz: The Diaspora of Printing Shops

The Mainz Cathedral War of 1461–1463 is widely believed to have been seminal in the spread of printing outside Mainz, when the Mainz shops temporarily closed and workers migrated elsewhere. This is plausible for the partnership of Sweynheym and Pannartz, first in Subiaco and then in Rome; plausible also for Ulrich Zel’s press in Cologne. But the earliest printing of Bamberg and Strasbourg well preceded the Cathedral War. In the case of the numerous “Dutch Prototypography” editions perhaps printed in Utrecht, it is difficult to draw any positive connection at all with Mainz, and the same is true of the small books and broadsides that are less securely localized to Bavaria, Vienna, and Central Italy. The exhibition closes with the earliest printing of Venice and Paris, which developed into the two major printing centers of the last three decades of the 15thcentury. 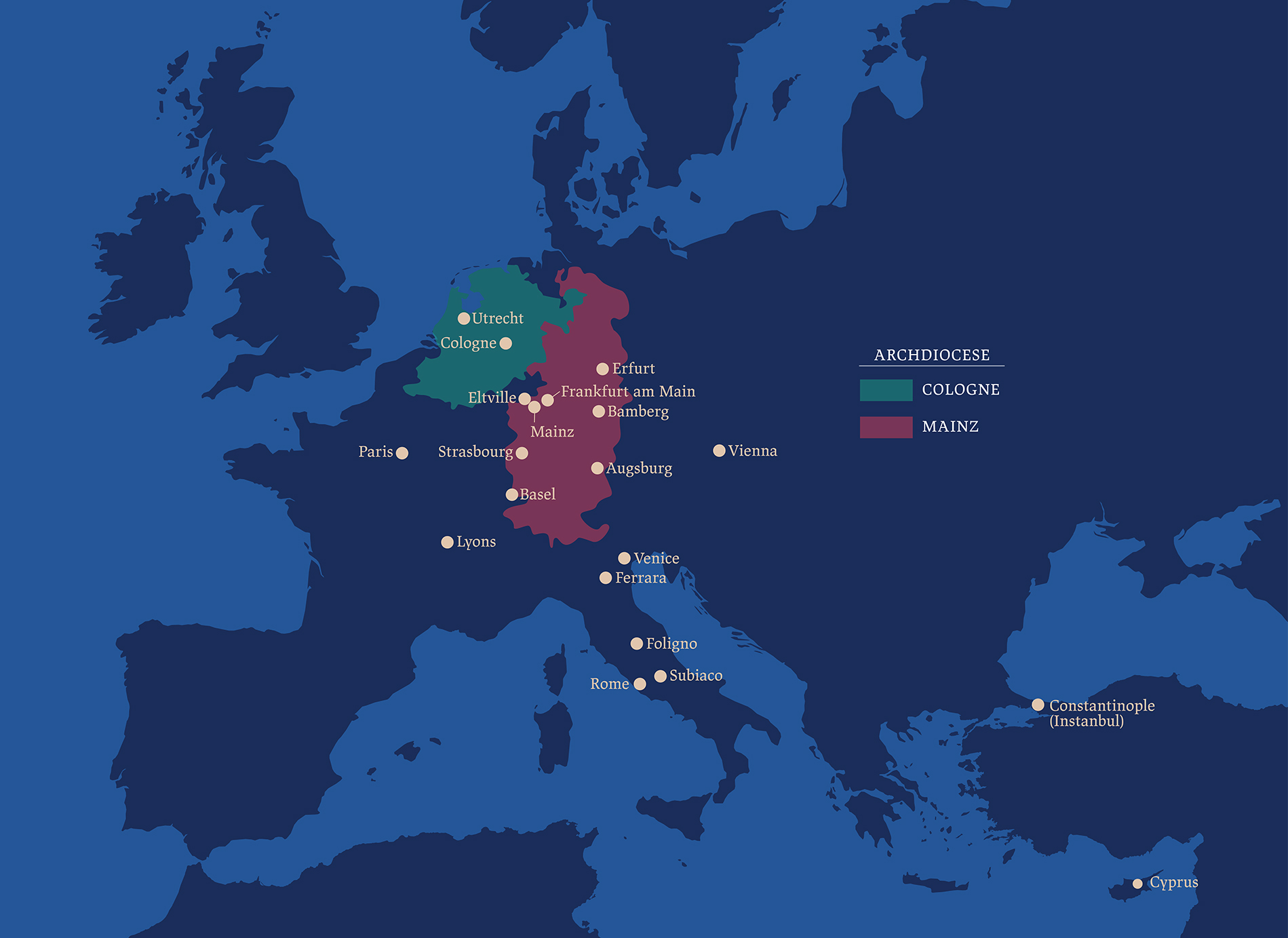