The state-level legislation led to conferences with groups such as newspaper associations, industry representatives, employment agency operators, retailers, educators and vocational counselors, promoting a cross-sectional representation of cultural minorities. A spirit of cooperation from state-level conferences fostered positive changes in corporations and industry. As one example, many unions amended their constitutions to eliminate exclusionary clauses that had previously restricted voting by African American members. 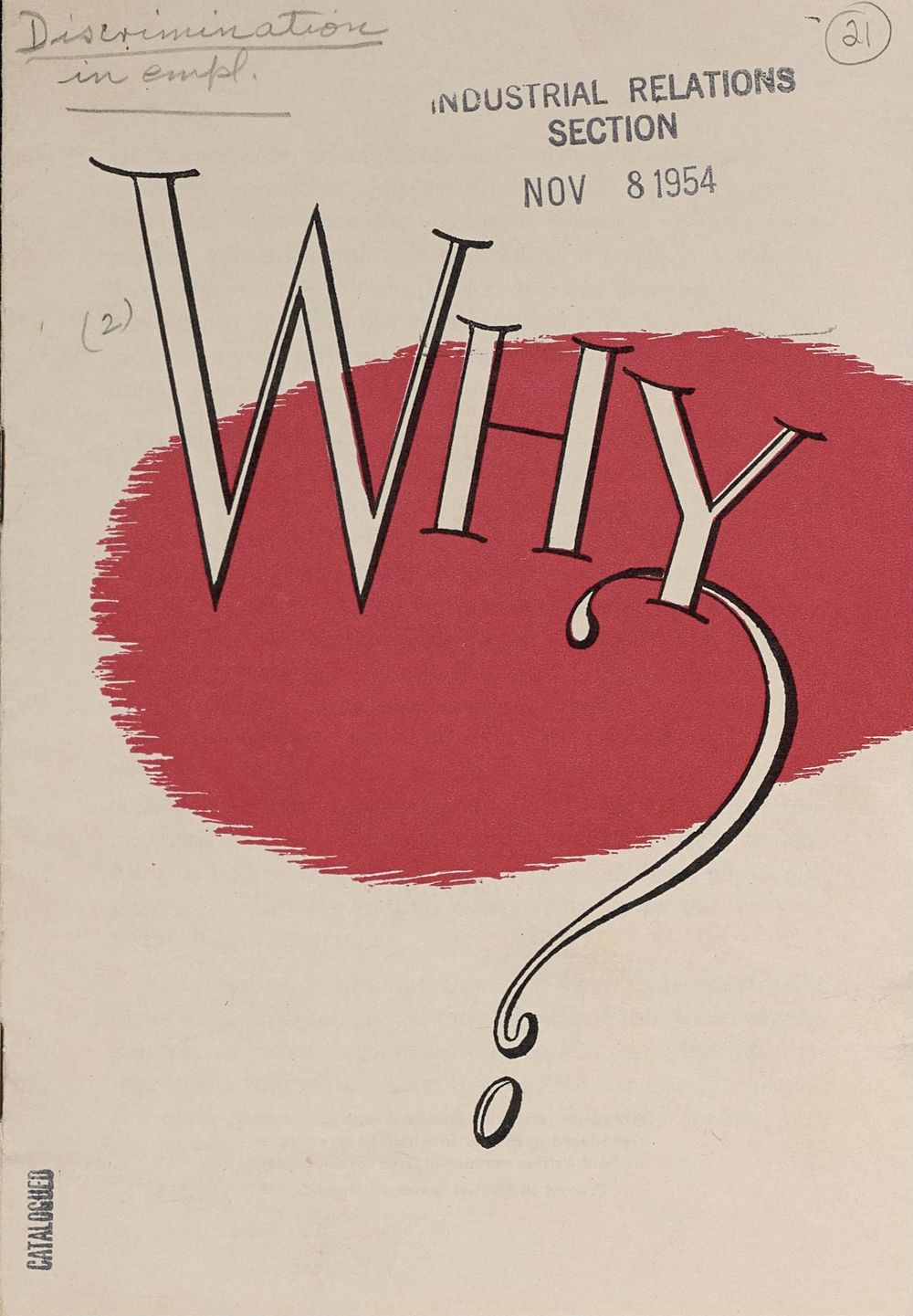 This pamphlet produced by the National Foreman’s Institute, which reads like an FAQ, discusses the concerns foremen may have when addressing fears from their employees about workplace integration to prepare their staff for change. 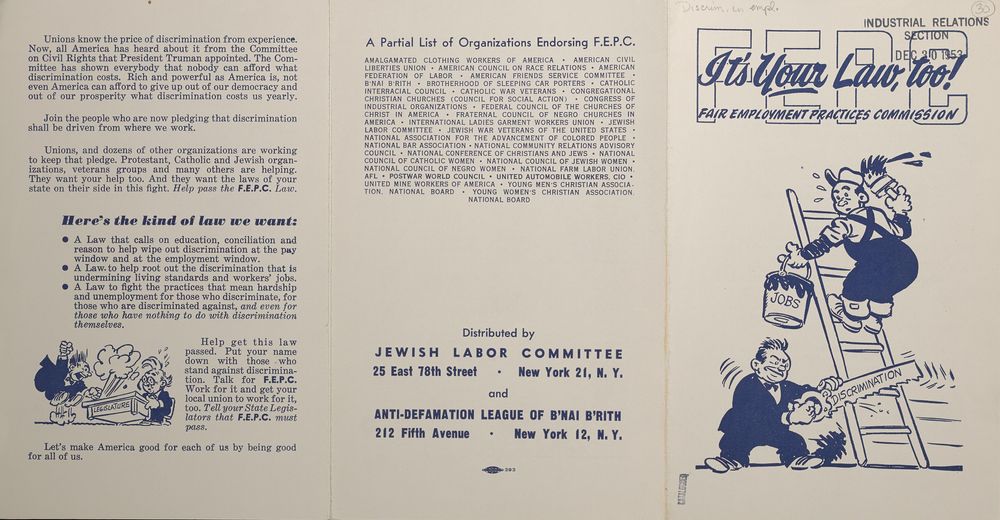 In an effort to get more states to pass FEPC laws, organizations, such as the Jewish Labor Committee and Anti-Defamation League of B’nai B’rith, strove to clarify FEPC limitations, urging union members to work with their local unions to support the state legislation. 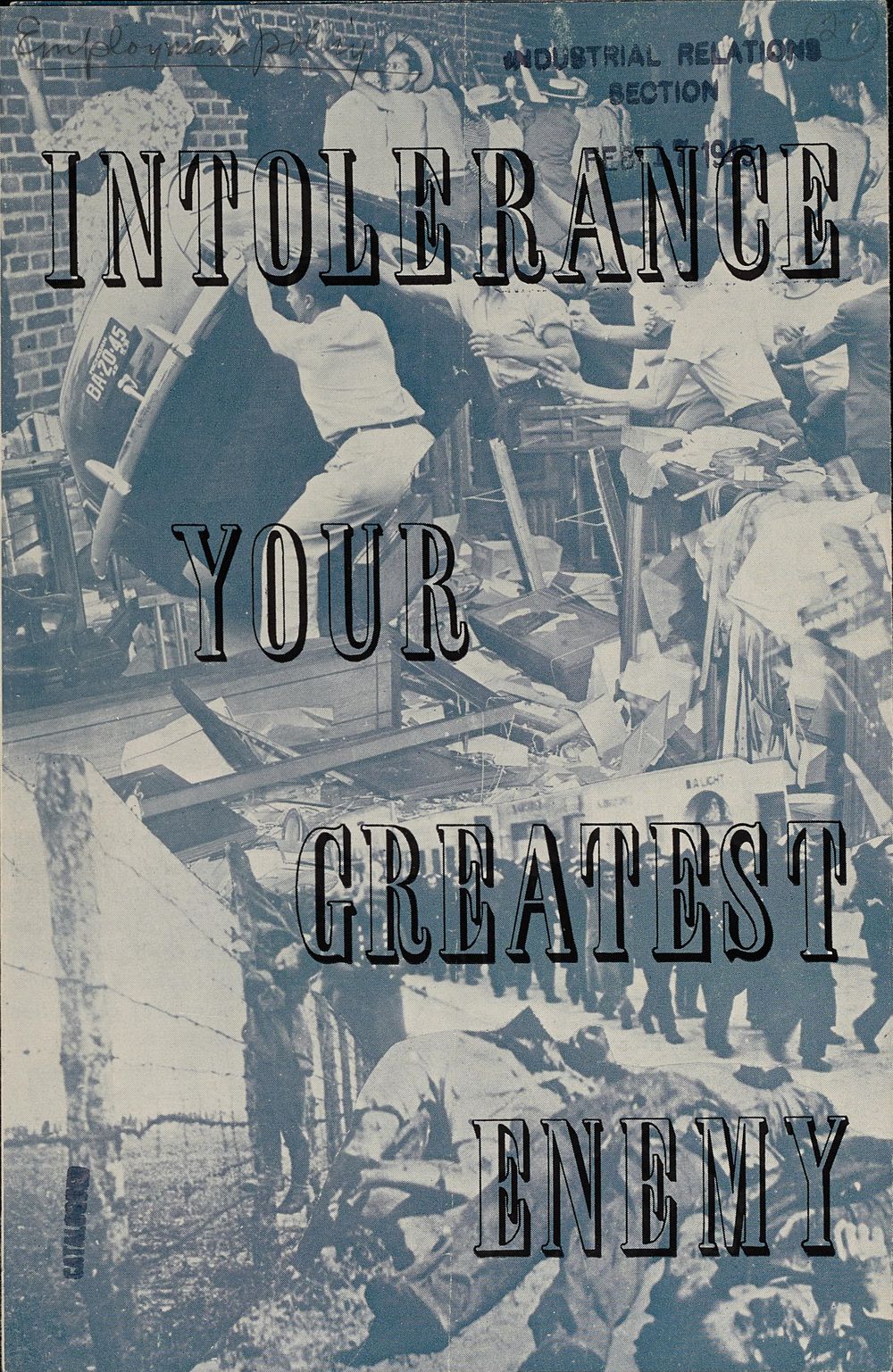 Intolerance, your greatest enemy, circa 1945

Labor unions contributed to the discourse on anti-discrimination and condemned religious bigotry. This pamphlet produced by the Jewish Labor Committee highlights the accomplishments toward eliminating intolerance by the American Federation of Labor during their 64th Annual Convention in 1944.