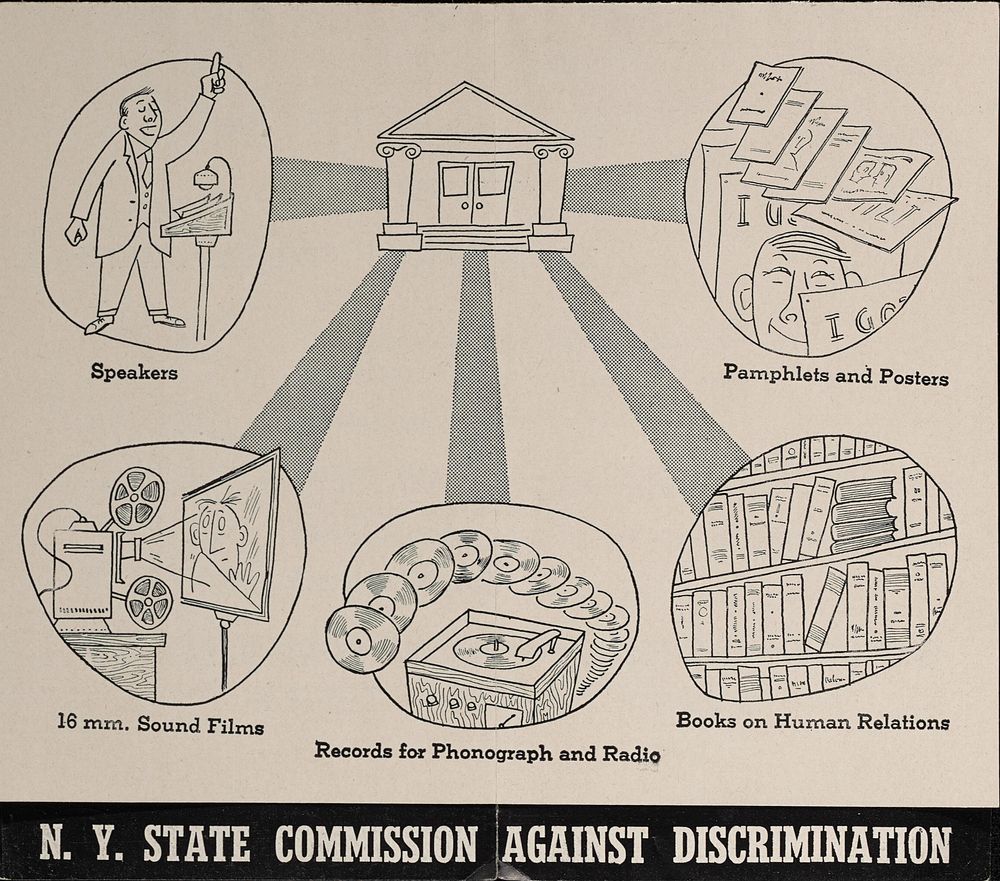 New York began operating its State Commission Against Discrimination (SCAD) and took over records of the local FEPC. Other states followed in New York’s path by first starting with an FEPC then later creating a SCAD to build on the work of the local FEPC. This illustration demonstrates various methods SCADs produced such as information pamphlets, posters, films, and sound recordings, as well as published books. The SCADS also promoted speakers to convey their message. 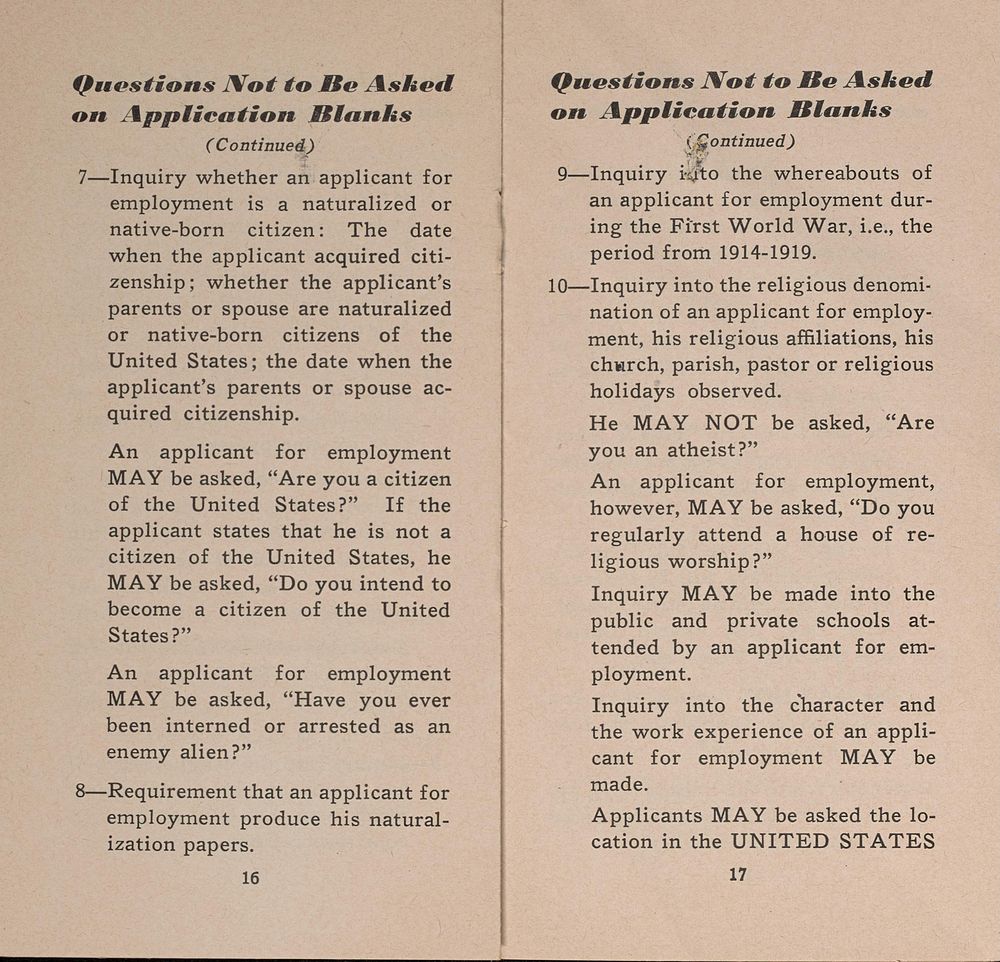 Inside facts: New York state law against discrimination, circa 1946

This pamphlet describes what was permitted to ask job applicants in the mid-1940s. Prohibition of asking an applicant’s religious affiliation is juxtaposed with permission to ask if an applicant regularly attends a house of worship. Such ambivalence demonstrates that attitudes towards religious intolerance were in flux. 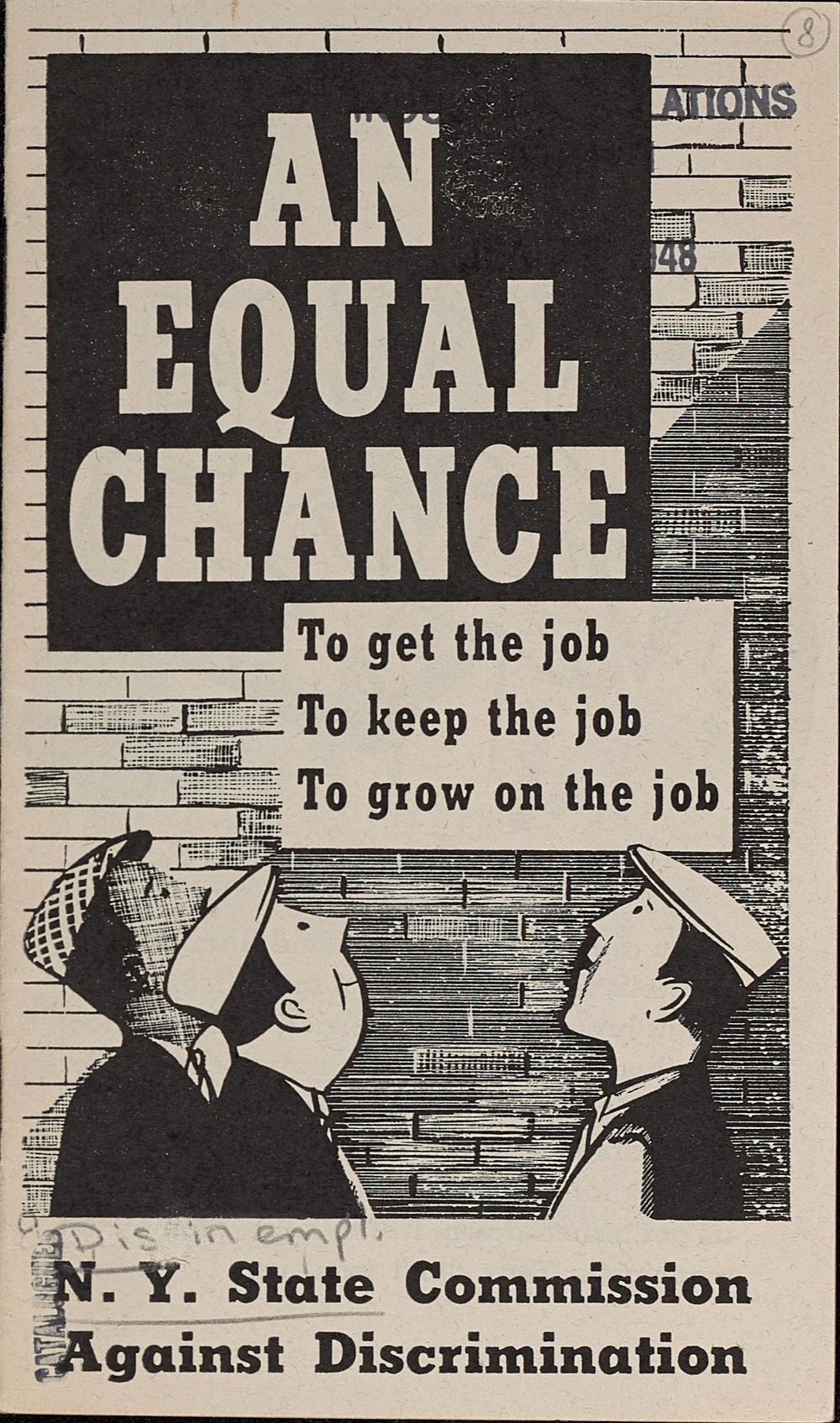 This mini-booklet offers a fictional conversation where three men, who are machinists denied work by their foreman because they are minorities, speak with the New York SCAD Commissioner. The commissioner explains to their foreman why discrimination is not only a violation of human and civil rights, but is also bad for business. This pamphlet discusses how not hiring someone because of their race or religion affects the economy as a whole.