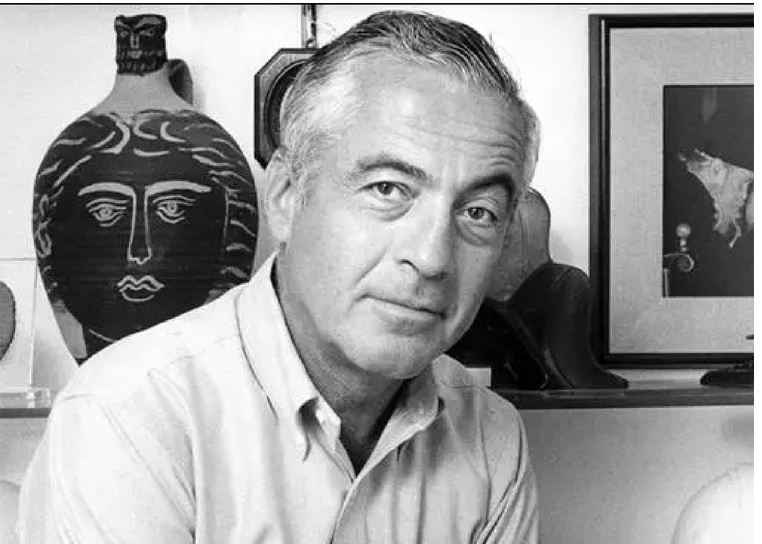 After Lloyd Cotsen donated his collection of children’s literature to Princeton in 1994, it took three 18-wheelers to deliver it all. The books, manuscripts, and drawings from Russia, China, Australia, and other nations — some of which date back to the 15th century — number about 120,000, according to Andrea Immel, curator of the collection.

“One of the things that made him a great collector was that he saw beauty and cultural significance in things other people ignored. He didn’t collect to impress others,” she says. “When he’d come back from a business trip, we’d say, ‘Mr. C.’s been shopping again,’” recalls Immel; “There would be bags and bags and bags and bags.”

Cotsen was the president, CEO, and chairman of Neutrogena Corp. In 1994 when Cotsen sold Neutrogena, the company his father-in-law founded but that he turned into a worldwide brand, his share was more than $350 million. Among many institutions that benefited from Cotsen’s interests, in addition to his alma mater, were the Asian Art Museum in San Francisco, the Shanghai Museum in China, the Museum of International Folk Art in Santa Fe, and UCLA, where he endowed an institute for archaeology — another of his passions.

2. A curious hieroglyphick Bible, or, Select passages in the Old and New Testaments : represented with emblematical figures, for the amusement of youth : designed chiefly to familiarize tender age, in a pleasing and diverting manner, with early ideas of the Holy Scriptures : to which are subjoined, a short account of the lives of the Evangelists, and other pieces : illustrated with nearly five hundred cuts

3. The Testament abridged, or, The history of the New Testament : adorned with cuts : for the use of children

18. A timely warning to rash and disobedient children : being a strange and wonderful relation of a young gentleman in the parish of Stepney, in the suburbs of London, that sold himself to the devil for twelve years... / by R.K. [i.e. Robert Kent].

21. The pleasing fabulist, or, Aesop in miniature : embellished with cuts

23. Cuffy the Negro's doggrel description of the progress of sugar

27. Jack the giant killer / by the author of "The comic Latin grammar" ; with illustrations by Leech

29. Signor Topsy-Turvy's wonderful magic lantern, or, The world turned upside down / by the author of "My mother," and other poems ; illustrated with twenty-four engravings

32. Visits to the Leverian Museum : containing an account of several of its principal curiosities, both of nature and art ; intended for the instruction of young persons in the first principles of natural history

44. Pastime for children. Containing I. Three delightful alphabets in verse

51. Dean's new book of parlor magic, or, Tricks for the drawing room

58. Tom Thumb's playbook : to teach children their letters as soon as they can speak, or, Easy lesson s for little children and beginners

59. Early Piety or An Example for Young Children. Shewing How One Mr. Johnson's Child of Barnet, Was Tempted by the Devil to Forsake God, and Follow the Ways of Other Wicked Children, Who Used to Swear, Tell Lies, and Disobey Their Parents. How this Pretty Innocent Child, resisted Satan, and Was Comforted by an Angel, Who Warned Her of Her Approaching Death. Also, Her Dying Expressions, Desiring Young Children Not to Forsake God, Lest Satan Should Gain a Power Over Them

62. Tales, Tricks, and Fancies of Martin Merryfellow, a Little Boy Who Joined Mirth With Wisdom

64. A Series of Prints of Ancient History. Two Parts in One

72. The English Hero: or Sir Francis Drake Reviv'd...Enlarged and reduced into chapters and contents, by R.B.

74. Juvenile introduction to history, or historical beauties for youth; selected from various authors...

75. The cries of London, or Child's moral instructor : for the use of schools, private families, governesses, tutors, &c. : decorated with 32 copper plates, elegantly engraved : with a moral and emblematical description of each particular story : intended at once to make instruction pleasing, and unite humour with decency

76. Gay's Fables epitomiz'd : with short poems applicable to each occasion, extracted from the most celebrated moralists antient and modern

77. Mrs. Pleasant's story book : composed for the amusement of her little family : to which are added, instructions for the proper application of them

78. Tales for Youth, or the high road to renown, through the paths of pleasure...

79. Robin Hood's Garland, being a compleat history of all the notable and merry exploits performed by him and his men on divers occasions...

80. The young mathematician's companion, being a compleat tutor to the mathematicks; whereby the young beginner may be early instructed...

83. Ostervald's Abridgment of the History of the Bible; and catechetical instruction. Witha Persian Translation...

84. The college of life ; or, Practical self-educator : a manual of self-improvement for the Colored race ... a guide to success, giving examples and achievements of successful men and women of the race ... including Afro-American progress ... embracing business, social, domestic, historical and religious education / by Henry Davenport Northrop, Joseph R. Gay, and I. Garland Penn

89. Practical arithmetick, an introduction to ye whole art : wherein the most necessary rules are fairly describ'd in the usuall hands adorn'd with great variety of flourishes perform'd by command of hand : designed to be interleav'd for ye more speedy fitting of youth for merchandize or trade / by Eleazar Wigan, writing mar. on Grt. Tower Hill, London

96. The Careful Parent's Gift. Being a Collection of Short Stories to Improve the Mind and Mend the Heart

97. The Fables of Young Aesop, with their morals. With a moral history of his life and death... The Fourth Edition, written by H.H.

100. Aesop's fables / illustrated by Ernest Griset ; with text based chiefly upon Croxall, La Fontaine, and L'Estrange ; revised and re-written by J.B. Rundell