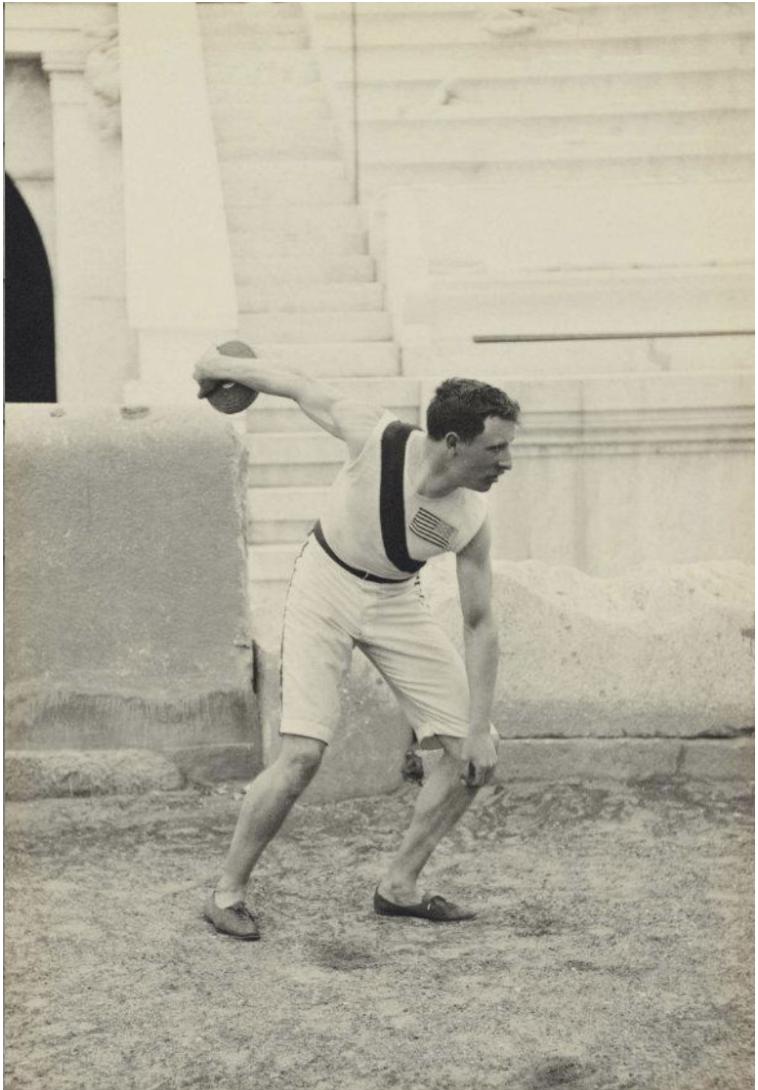 The Collections of Robert S. Garrett, Class of 1897

Robert S. Garrett was born in suburban Balitmore, into one of Maryland"s most prominent and wealthy families. For four generations, the Garretts ran Robert Garrett and Sons, a shipping and financing, investment banking firm founded by his Irish immigrant great-grandfather, also named Robert Garrett, in 1819. Garrett studied at Princeton, where he excelled in track and field athletics as an undergraduate, In the 1896 Olympic Games he won gold medals in the Shot Put and Discus competitions.

Garrett had an early intensive interests in history and archaeology, and he inherited his collecting passion from his father. After his father's sudden death in 1888, Robert spent the following two and a half years traveling extensively with his mother and two brothers, Horatio and John, in Europe and the Near East.

During his travels Garrett developed a particular interest in manuscripts and began collecting. He used the text Universal Paleography: or, Facsimiles of Writing of All Nations and Periods by J. B. Silvester (by Sir Frederic Madden, London, 1949–50) as his guide for collecting primary examples of every known type of script. Garrett amassed a collection of historical volumes of Western and non-Western manuscripts, fragments, and scrolls, originating from Europe, the Near East, Africa, Asia and Mesoamerica.. In 1942, Robert Garrett gave to Princeton his superb collection of manuscripts, and then added the gift of the Yahuda Collection in 1943, which contains over 5,000 medieval Arabic items.

1. [Letters and documents in Arabic from Egypt].

7. Praise of God, and Other Texts

8. Anaphora of the Virgin Mary and Other Texts

10. Prayer of Mary at Golgotha and Doctrina Arcanorum

15. Liturgical and Other Texts

16. Anaphora of the Apostle John and Other Texts

17. Anaphora of the Virgin Mary

18. Doctrina Arcanorum, and Other Liturgical Texts

21. Praise of God, and Other Texts

31. Prayer of Apostles for the Remission of Sin & the Cross

38. Homilies and Prayers to Jesus Christ

40. Religio-Magical Prayers and Other Texts

42. The Judgment of Kings (Fetha Nagast)

46. Collection of Magico-Medical and Divination Texts

47. Fragment of the Judgment of Kings (Fetha Nagast)

49. Prayers to the Cross

56. Deed for gift made to church of Ravenna (In Latin cursive). Two fragments

58. Register for expenses or contributions listed by villages or epoikia. In each case the agent is the local steward (pronoetes) of the large estate. In the margin at 90°, 2 lines of shorthand. On the verso 3 lines of text

59. Book of the Dead. Chapter 17 with polychrome illustrations. Probably from a Theban tomb. Ptolemaic Period (?

60. Letter from Gaius to Horion

61. List of money in golden coins collected through various individuals, including Serenos and Theon. Text appears to be complete. Lines slope sharply to the right

62. Documentary text. Conclusion of a document. Mentions Apollonios son of Dionysos. Dated 12th Pachon of an unknown year. Both sides are written ς

69. Contract. Abstracts of contracts recorded in a grapheion. Written in three columns. (i) deals with a settlement of ownership of catoecic land. Above (ii) are 6 lines of text, written in a small, rapid cursive and upside down in relation to the main text. (iii) has the beginnings of lines not the ends (ed. pr.). Much of the text has been abraded. The final line of (iii) appears to be in a second hand

72. Account for objects possessed by a church, probably an inventory. Includes tables of copper, tin and glass, a wooden bench, a veil/curtain and various items of iron. In the upper right-hand corner the letter beta may be a page number. Two columns

74. Receipt for tax, the μερισμoς

75. List of expenses or contributions given. Listed by village and followed by the name of the local agent. Some village names can be read

80. Praise of God, Organ of Praise of the Virgin Mary, and Other Texts

81. Antidosis, 16-18. Fragment from a roll which probably had at least 30 lines per column. Correction at the top of the column, a passage omitted by the original scribe, written in a second hand. Traianos Gagos believes it is from the same roll as a fragment in the University of Michigan papyrology collection

82. Letter. Official, to an aγροφuλαξ concerning crime and violence against women with a request to send the culprit to an official(?). Also mentions a water pumping device μηχανn. Text written Ψ

84. Petition to a strategus

85. Letter. On the verso an address

95. Register for land. Photo of this papyrus together with P. Columbia inv. 108b, the lower half of the complete text, is placed next to P.Princeton III 135

96. Petition. Préaux identifies this text as a letter rather than as a petition

98. Lease for garden land. Roberts identifies this text as an inventory rather than as a lease

99. Litany or Hymn to Osiris

100. Letter from Eumelus to Ammonius. Text slopes sharply to the right