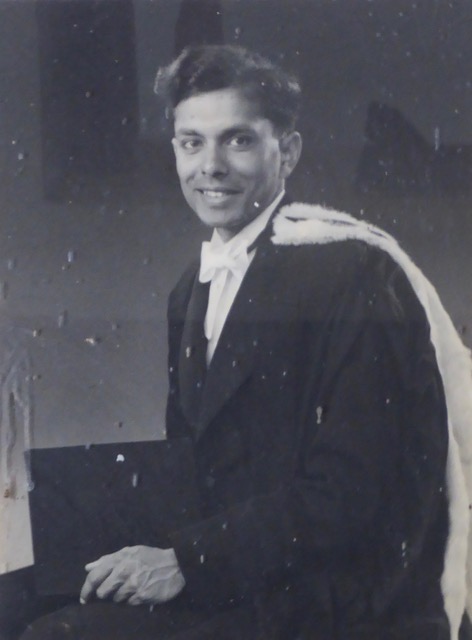 Sevaka Yohan Devananda was an Anglican priest whose social activism was heavily involved with underprivileged rural Sinhala youth, farmers and workers. His birth and family name was John Cooray, which he later changed to Yohan Devananda. He also shed all clerical titles to adopt “Sevaka” (worker, servant), his preferred title of address. After reading History at Cambridge University, he returned to Sri Lanka in 1951 for his ordination at the Kurunegala Diocese.

In 1960, with the encouragement of human rights activist Bishop Lakshman Wickremasinghe, he founded Devasarana in Ibbagamuwa, Kurunegala. Devasarana combined the Christian monastic tradition with the Buddhist and Hindu ārāma and āśrama traditions, while incorporating Christian theology and Socialist ideology to form its governing principles. Following the first JVP uprising in 1971, he transformed Devasarana into a collective farm with unemployed, largely rural Sinhala youth, creating alternative employment options and self-sustainable livelihoods for the educated but defeated young populace of the south. This collective later evolved into a network of youth, who learning from the defeat of ’71, went on to strengthen farmers’ movements and revive the All Ceylon Farmers Federation. In addition to being a farm and safe haven for the politically persecuted, Devasarana was the printer and publisher of the ACFF newspaper Goviyā. Devananda was also instrumental in the formation of the Vimukthi Dharma Kendraya and the Progressive Women’s Front, which later became the Women’s Development Foundation.

With the intensifying tensions of the ethnic conflict in the ‘80s, Devananda’s work with communities extended into fostering and facilitating inter-religious and inter-cultural dialogue. One of the more notable publications distributed from Devasarana is a booklet titled War or Peace: Lanka’s Ethnic Problem, which warned of the violent physical manifestations of the tension between the communities. This was published just prior to the ‘83 anti-Thamil pogrom. In his later years he strongly campaigned against institutionalized and extra-judicial violence against journalists, by actively participating in protest movements in defense of Lasantha Wickrematunge and Pradeep Eknaligoda.

Devananda married Malini Weerasinghe, an educationist and activist, who later ordained as one of the first women priests of the Sri Lankan Anglican church. She formed a local women’s group within Devasarana called Meth Piyasa, which attempted to address the economic and political challenges faced by women during the civil war.