In the beginning, we called him "Simon."

“Simon” was a persona, an alias, a placeholder. It was the nom-de-plume of an occasional newspaper correspondent writing to the fledgling New-York Times from New Mexico Territory during the Civil War. In 2014, the Princeton University Library acquired an unsigned diary purportedly kept by the mysterious “Simon.” “Will write to the N.Y. Times poco tiempo,” went one entry. The diarist liked to record the recipients of his letters—among them at regular intervals was the co-founder and then-editor of the Times, Henry Jarvis Raymond. “Read letters of ‘Simon,’” went another entry, a tongue-in-cheek review of his own work.

“Simon” diligently recorded the territory’s happenings with the bemused air of someone who didn’t quite know what to make of such a faraway place. Most of the entries are fragmentary and meandering—snippets of life in and around Albuquerque, whispers of Confederate movements, lists of names and places across North America, some obviously bearing on New Mexico Territory and others more obscure. He could also, on occasion, slip into high rhetoric about the world-historical meaning of the war, the dysfunction of the territory’s remote military infrastructure, and the fate of the region’s Native American peoples. But who really was this “Simon?” 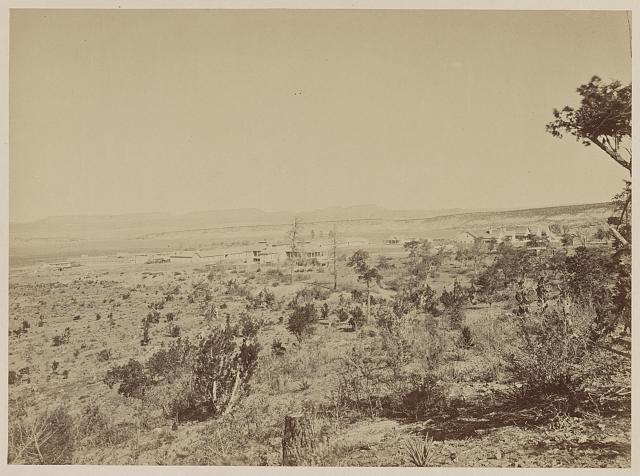 Distant view of Fort Wingate, where "Simon" was stationed for most of the duration of the diary. Photograph by Timothy O'Sullivan, courtesy Library of Congress.

Unmasking this “Simon” would require more than the diary itself. Fortunately, the pool of candidates was small. Only a few hundred literate Anglo-American soldiers were stationed in New Mexico Territory in those days, and fewer still would have spent their spare time writing lengthy reportage to one of New York City’s lesser newspapers. Still, the identifiable links between the New-York Times correspondent and the anonymous diarist remained tenuous, fragmentary. Library staff would need more than circumstance or instinct to definitively attribute the diary. They would need some kind of smoking gun—a small confession, tucked away in coded language within the journal, of just the right detail to put a face to the name (or, to be more precise, a name to the nickname).

Researchers for the Public Transcriptions Project stepped in to confront the central question at the heart of the journal: who wrote it? A complete transcription began to reveal the broad contours of the diarist’s identity. His musings about far-flung corners of the western hemisphere suggested an extensive travel record for a mid-century American—scenes from Maryland, Mississippi, Oregon, California, Arizona, and Panama pepper the pages of the journal. “Slept tolerably only,” he wrote in one entry. “Dreamt of Indians and Oregon & California.” The diarist was certainly older than most of the scrappy twenty-somethings mustered out during the war. Age and adventuring had taken their toll: “Simon” was just then getting acclimated to a daily diet of unidentified medications, probably opiates, to relieve chronic pain and help him sleep. “Pills worked—took more,” went an early entry. The pills seemed to intensify his dreams, each recorded in cryptic fragments at the beginning of each daily entry. “Look ahead; hope the war will close; dreamt about a French actress.” Another: “Slept only tolerably well; dreamed much of things to be seen; moonlight night California and Arizona in detail; Rough time generally.”

No place featured more in the diarist’s imagination than Frederick, Maryland—clearly his childhood home, the subject of occasionally intense nostalgia. During an evening of contemplation, he wrote that “my mind is directed to Frederick.” All the while, Robert E. Lee and George B. McClellan’s armies clashed across Maryland in the fall of 1862, culminating in the bloodiest day in American history at Antietam on September 17. “Frederick I think of thee,” he wrote a few months afterward, “I think of the invasion of the Rebels.” Later, he couldn’t believe that Abraham Lincoln himself passed through Frederick on his return to Washington from Antietam. “The President in Frederick; Patrick and Record street!”

The diarist’s attachment to Frederick—a major crossroads during the war but an otherwise uneventful place—ultimately narrowed the plausible diarists to one: a 51-year-old itinerant printer named William Need. Census reports, muster rolls, newspapers, legislative reports, congressional appropriations, and personal correspondence all confirmed the team’s suspicions. Need fit the bill perfectly: he was born near Frederick, spent his 30s and 40s bouncing around the South printing newspapers, and around 1850 made his way to gold rush-era California via Panama. Need landed in New Mexico Territory after a mining project in Arizona Territory went belly up and the war erupted back home. At 51, too old for conscription, Need lied about his age on military documents and was assigned to quartermaster duties. His official reporting duty provided perfect fodder for his “Simon” correspondence and a handful of rambling letters about Confederate schemes sent to D.C. military brass. 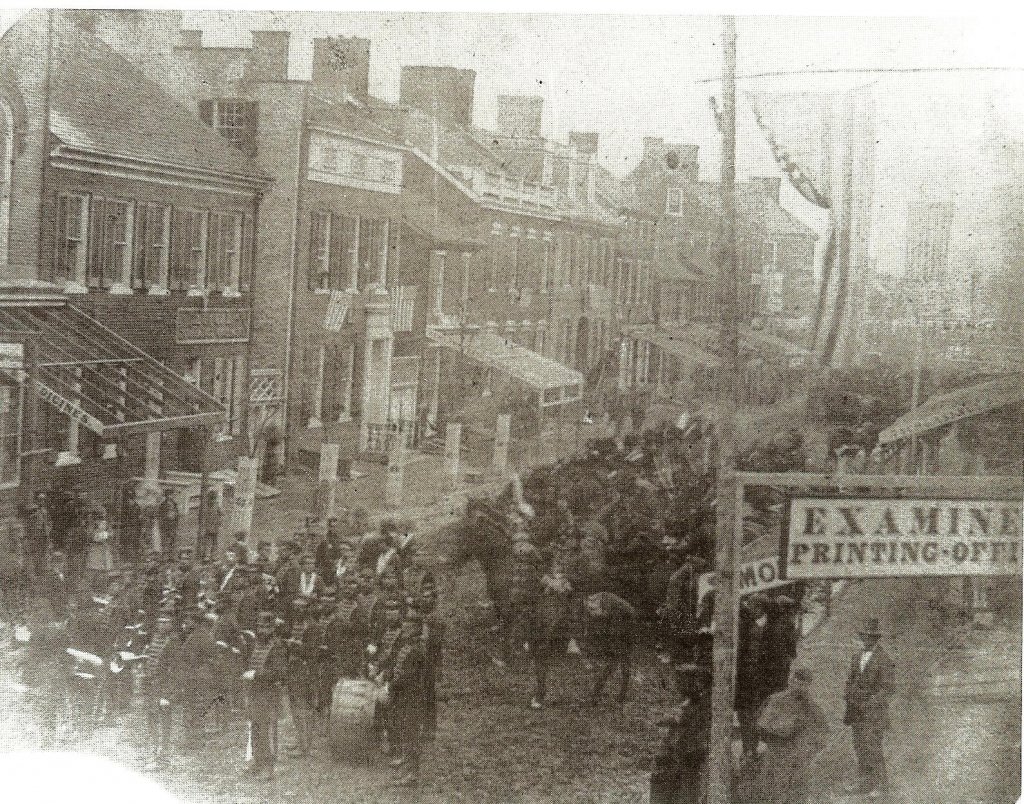 A Washington's Birthday celebration on the main street of Frederick, Maryland, 1862. Need, the unmasked diarist, grew up in Frederick, and wrote often of nostalgic memories and a hopeful return. Courtesy Frederick Historical Society.

The “smoking gun” arrived courtesy of a Jesuit priest. Need wrote at least one letter to Father Pierre-Jean De Smet, a well-known Flemish missionary who spearheaded several far-flung missions across the trans-Mississippi West. Archivists at the Jesuit Archives & Research Center in St. Louis, Missouri managed to track down Need’s letter to De Smet, written from New Mexico in 1862. The handwriting in the journal and the De Smet letter matched exactly. The library had found its man.

An entry in the journal of "Simon." Courtesy Western Americana collections, Princeton University.

Suddenly, the quirks of the journal, especially the dreamlike passages bursting with oft-misspelled names, scattered locales, and semi-poetic musings, began to make some sense. Visions of printing offices affirmed that Need made his keep by printing for regional newspapers and the occasional state government. Need’s fascination with the tumult of Mexican politics seemed borne out of his time printing the Panama Star en route to San Francisco and his speculative investments in Arizona Territory (and possibly Sonora).

Need’s time in border-state Maryland, the antebellum South, and the mid-century Far West all gave shape to what we might call a politics of ambivalence. Need maintained friendly correspondence with Confederate fire-eaters like Duff Green during the war while privately noting that “Peonage and Negro Slavery should be done away.” As “Simon,” Need wrote dispatches for a budding media organ of the Republican Party while cultivating a distinct nostalgia for his time in antebellum Mississippi. In the span of a few months, Need wrote three or four letters to prominent abolitionist and social reformer Gerrit Smith—but Need’s writings within and outside the diary indicate he was more moderate Unionist than radical. “The Union sentiment will begin to rise in the South,” Need wrote, sincerely but naively, in the fall of 1862. “Peace is said will shortly crown the U. States,” went another entry, “men and brethren will again come together in the public good.” 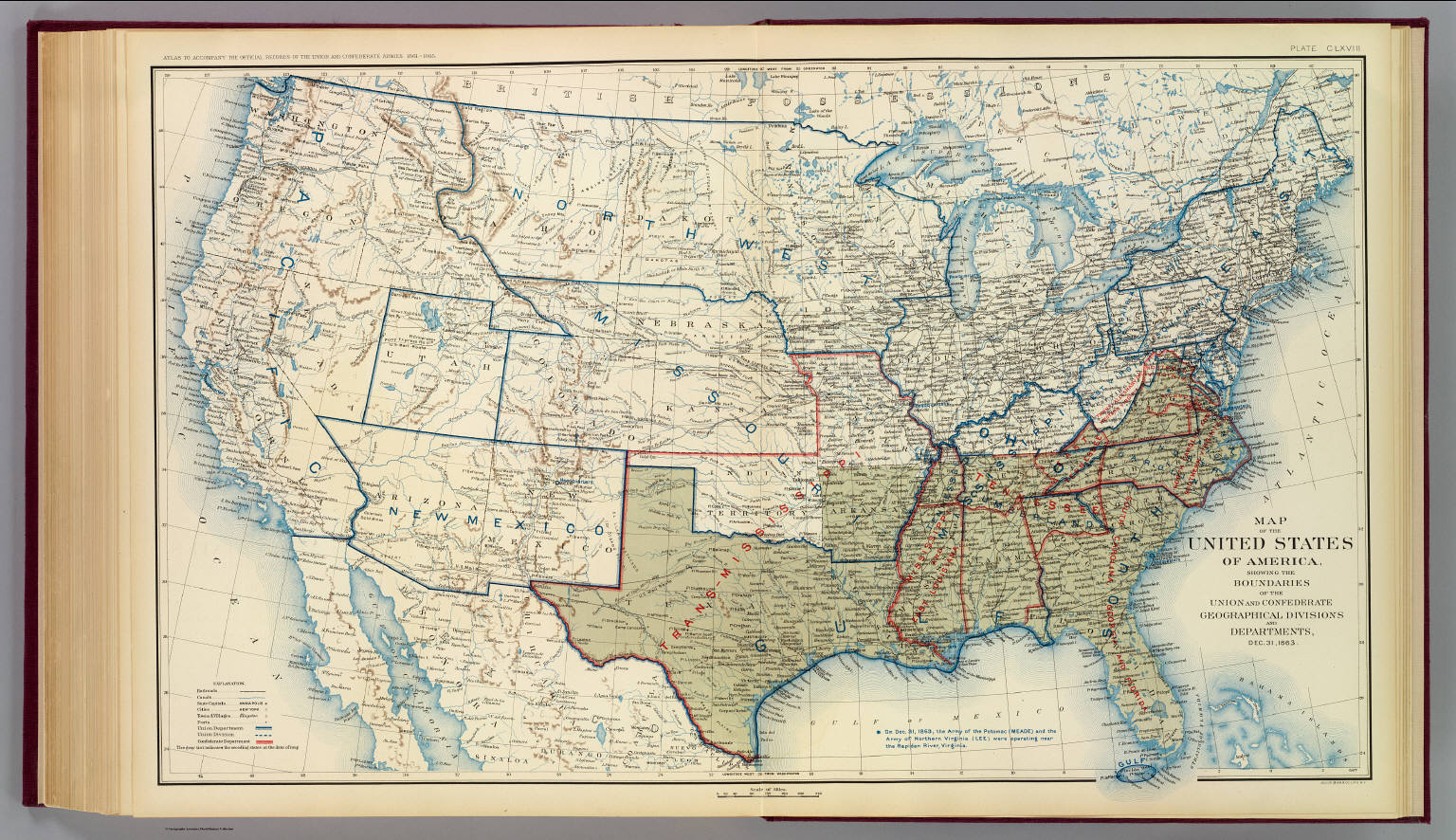 While Need imagined a glorious reunion of North and South, he seemed to know that the fusion of East and West would require not harmony but conquest. Need was more or less surrounded by autonomous Native Americans in New Mexico Territory, and he clearly had encountered indigenous people before joining the military. One diary entry remembered fondly “the old bear that I shot in the vineyard above Santa Barbara; may we all live to learn something from a poor ‘untutored Indian.’” But even personal experience could not overcome the prerogative, shared by most Anglo-Americans in those days, that the continent’s Native peoples were to be assimilated or crushed. “I feel somewhat patriotic just now,” Need once wrote, “and think I could kill a Secessionist or Apache Indian.” Few other statements so perfectly capture the wartime aims of the Republican party—and, eventually, mainstream American politics.

“I feel somewhat patriotic just now, and think I could kill a Secessionist or Apache Indian.”

A few months after the diary’s final entry, Need would be assigned to clerk for famous mountain man and U.S. Army operative Kit Carson. Carson was himself a paradox of Anglo-American relations with Indigenous people. Carson trapped, traded, and lived among Indians for years before playing a crucial role in what the Navajo Nation would call the “Long Walk”—their own Trail of Tears, a forced relocation onto a cramped, miserable reservation. Carson was illiterate, so Need wrote Carson’s reports on the “Long Walk” to the government for him. In his own mundane style, Need played a part in both the Civil War and the so-called Indian Wars of the postbellum era. 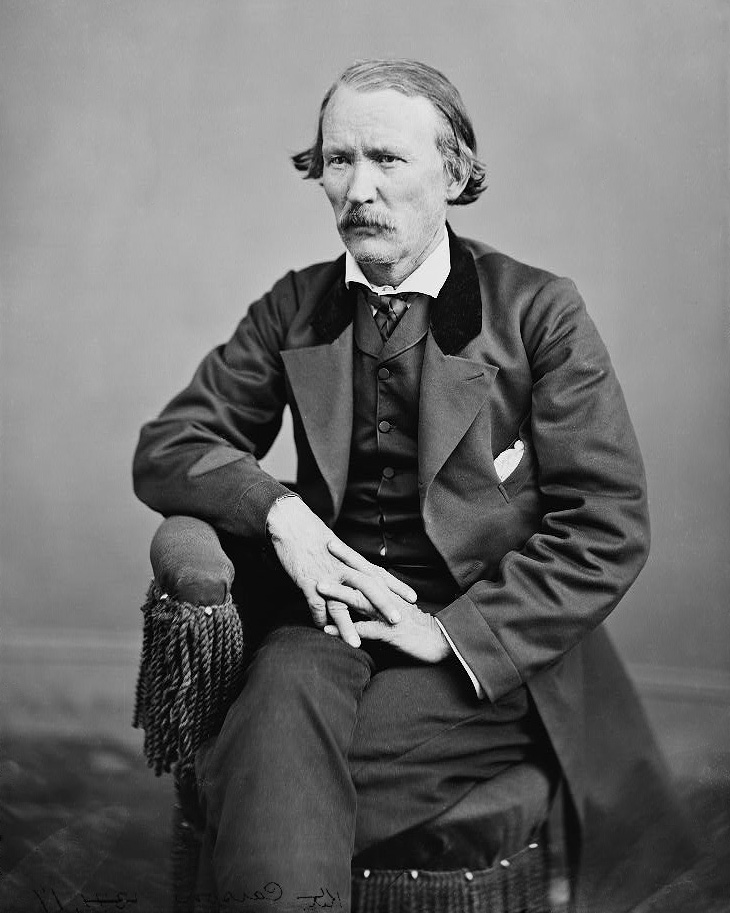 Christopher "Kit" Carson, (in)famous mountain man and U.S. Army Officer who hired William Need to write his dictated letters and military reports. Need clerked for Carson at the outset of the so-called Long Walk of the Navajo, the U.S. Army's project to force all Navajo people onto cramped, remote, starved reservations--for assimilation, or extinction. Image courtesy Library of Congress.

In a way, Need was typical of many Anglo-Americans of his day—somewhat inclined toward abolition, more than likely exhausted by the never-ending crisis of American slavery, yet still deeply uncertain about the fate of a mixed-race Union. “A peace Congress of the world,” went one entry, “is the panacea to heal the disorders of Gods politic; and the sooner it is resorted to for the purpose of bringing about the ‘Era of good feelings,’ the better.” Another entry sounded more assured: “the Fall of the French Monarchy; the Fall of Military Despotism; the Freedom of the World will be acknowledged.” Need sought peace, and he wanted it sooner rather than later—but after the fighting would end and the dust would settle, what would the war have meant? What was it all for, if not for freedom?

Need’s diary was also typical of the archival documents we’re fortunate enough to use to study the past—they rarely, if ever, speak for themselves. It turned out that this unattributed diary kept by a middle-aged clerk in New Mexico Territory would offer a snapshot into the tortured politics and sudden expansion of nineteenth-century America. Deciphering the diary eventually became an object lesson in the power of collective historical research, of piecing together fragments to make a story.