The items on display here document efforts by Jews outside of German rule to publicize Nazi crimes and move the world to take action to stop them. 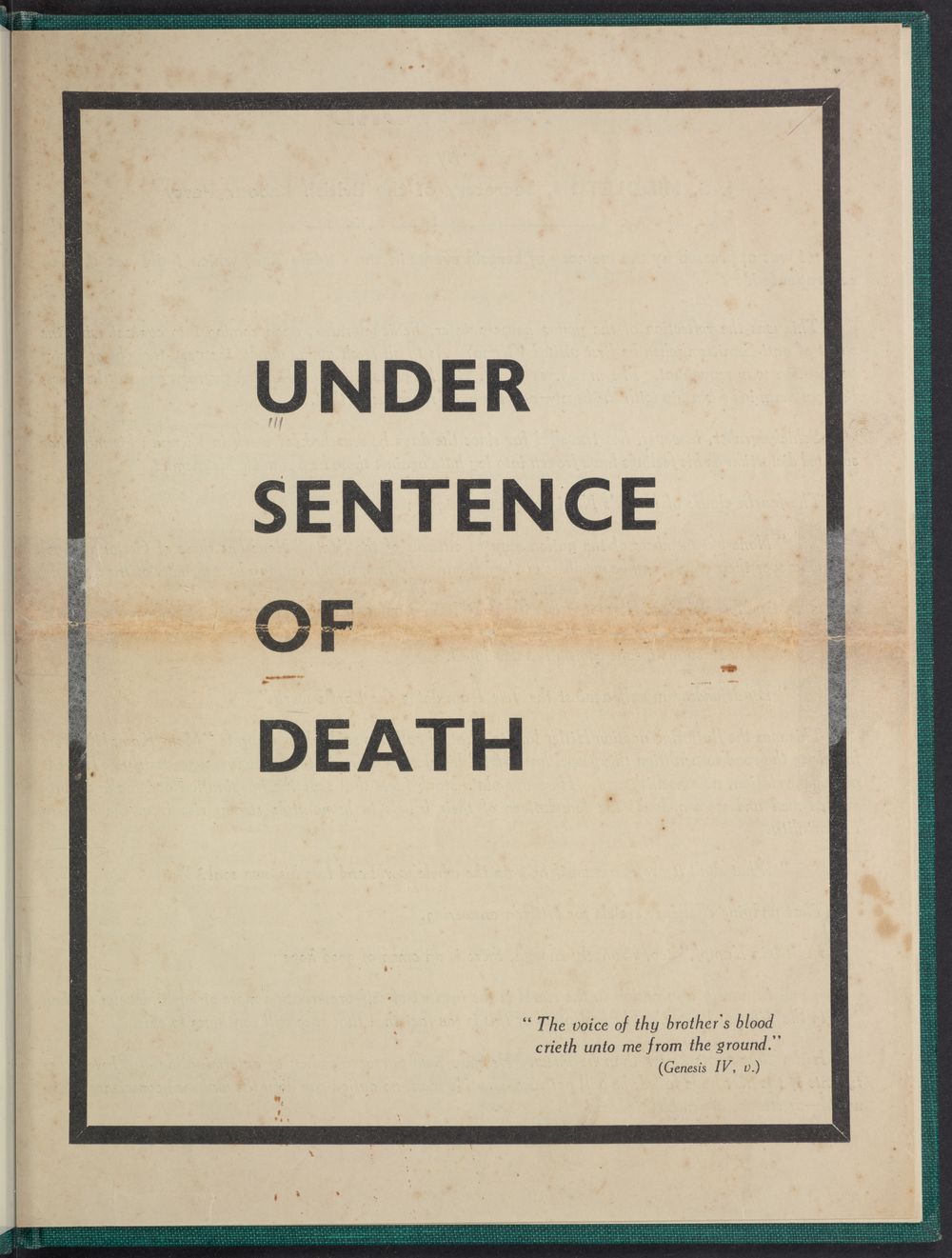 This 1942 activist pamphlet illustrates what Jews in Britain knew about the Holocaust as it was unfolding (and before it was called the Holocaust). It warns explicitly that millions are in danger of extermination, and provides details about deportation from ghettos in cattle cars to what it calls “special camps” where most are murdered. It also calls on Allied and neutral governments to take immediate action to rescue the Jews in their darkest hour. 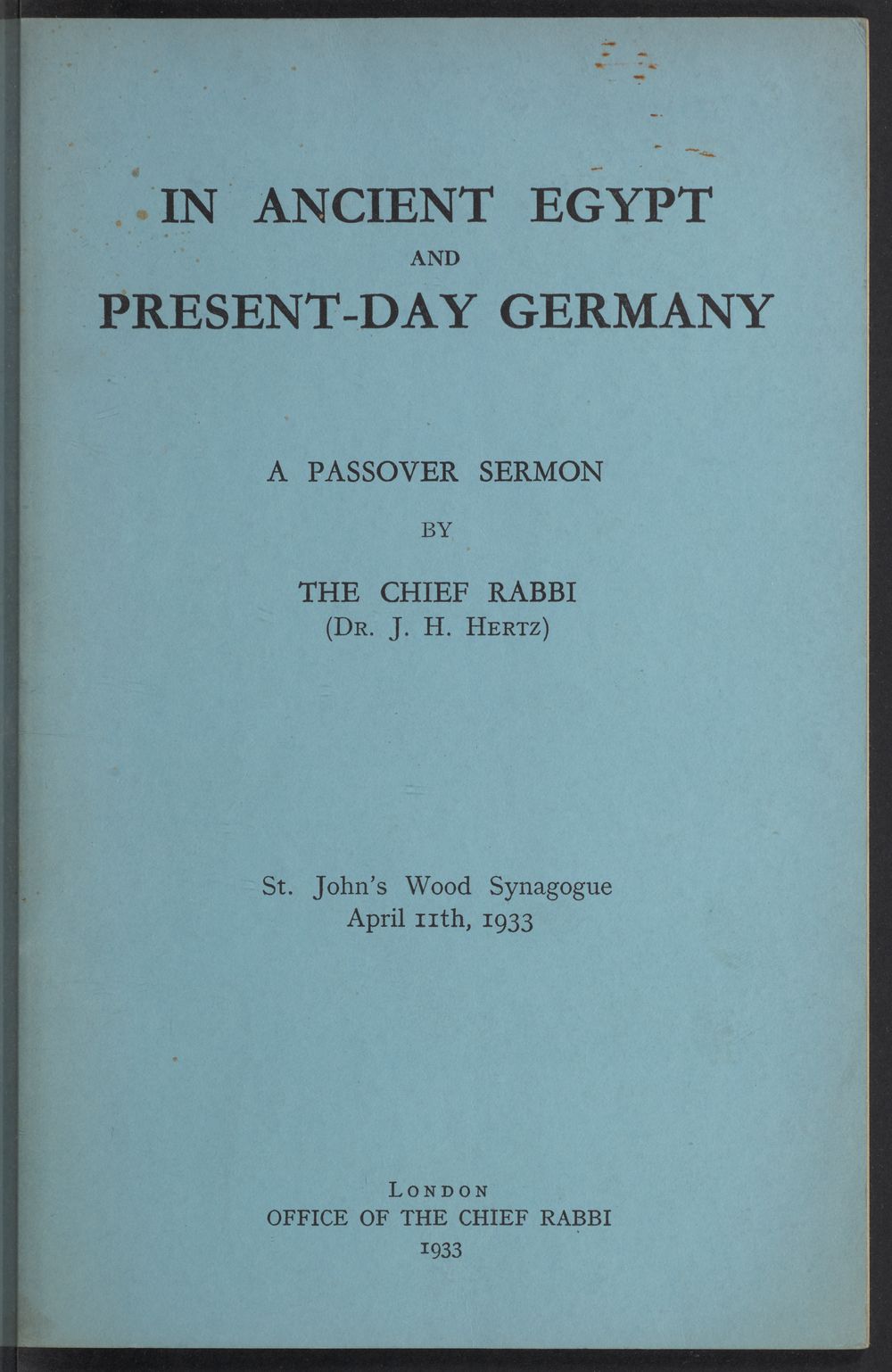 This sermon is given only weeks after Hitler came to power in 1933. Rabbi Hertz compares the plight of German Jews to the ancient Israelite slaves in Egypt. He vigorously calls upon Britain to fight against this Jewish oppression, illustrating that even in these earliest days of the Nazi era, Jewish activists were fighting for the relief of their fellow Jews. 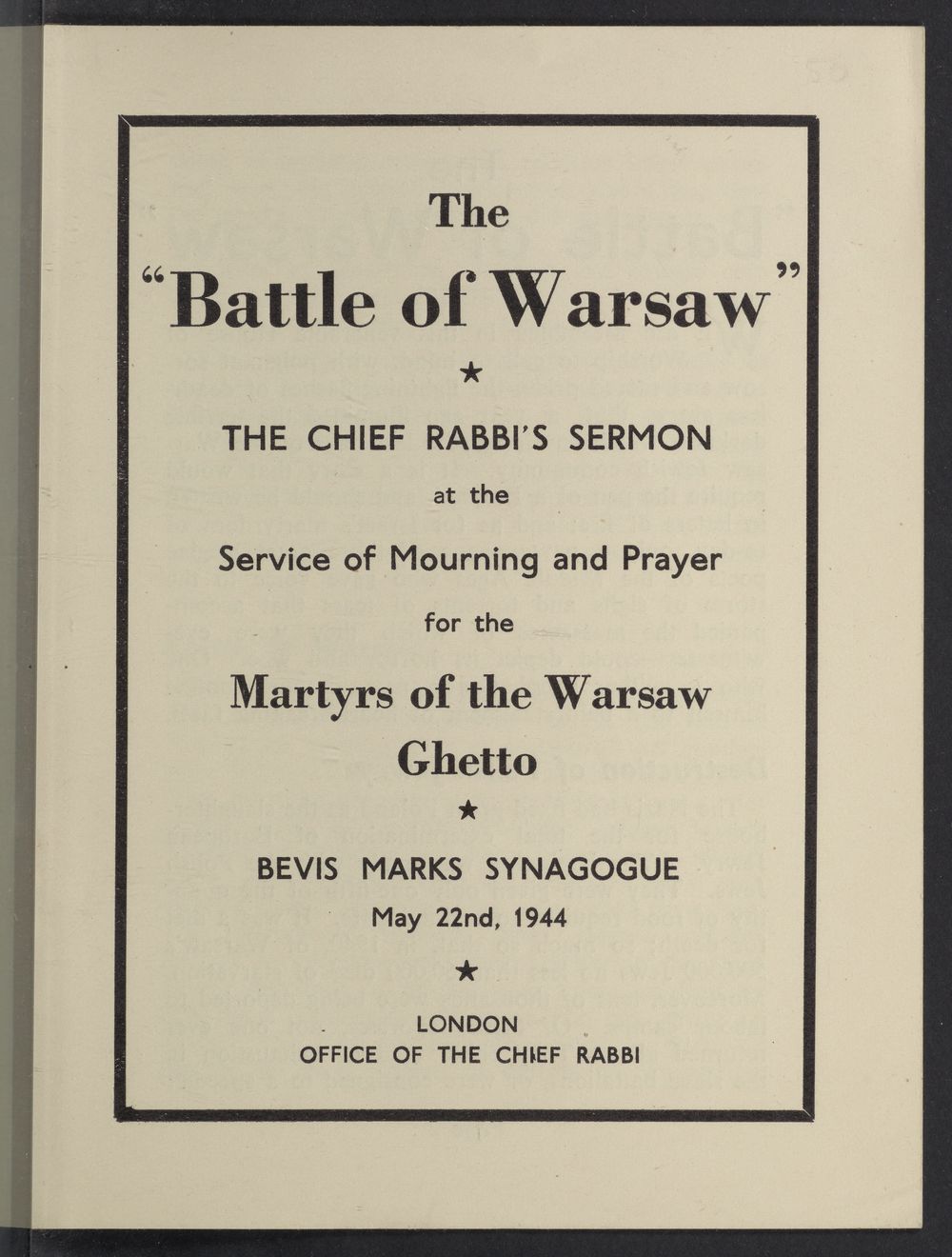 Marking the one-year anniversary of the Warsaw ghetto uprising, this sermon is a sad bookend to Hertz’s sermon 11 years earlier, also featured in this exhibition. It mourns the death and destruction he predicted in 1933. Hertz strongly criticizes the world’s muted response to the “mass crucifixion of a whole people.” These sermons illustrate how British Jews spoke out against oppression from the rise of Hitler, through the end of the war. 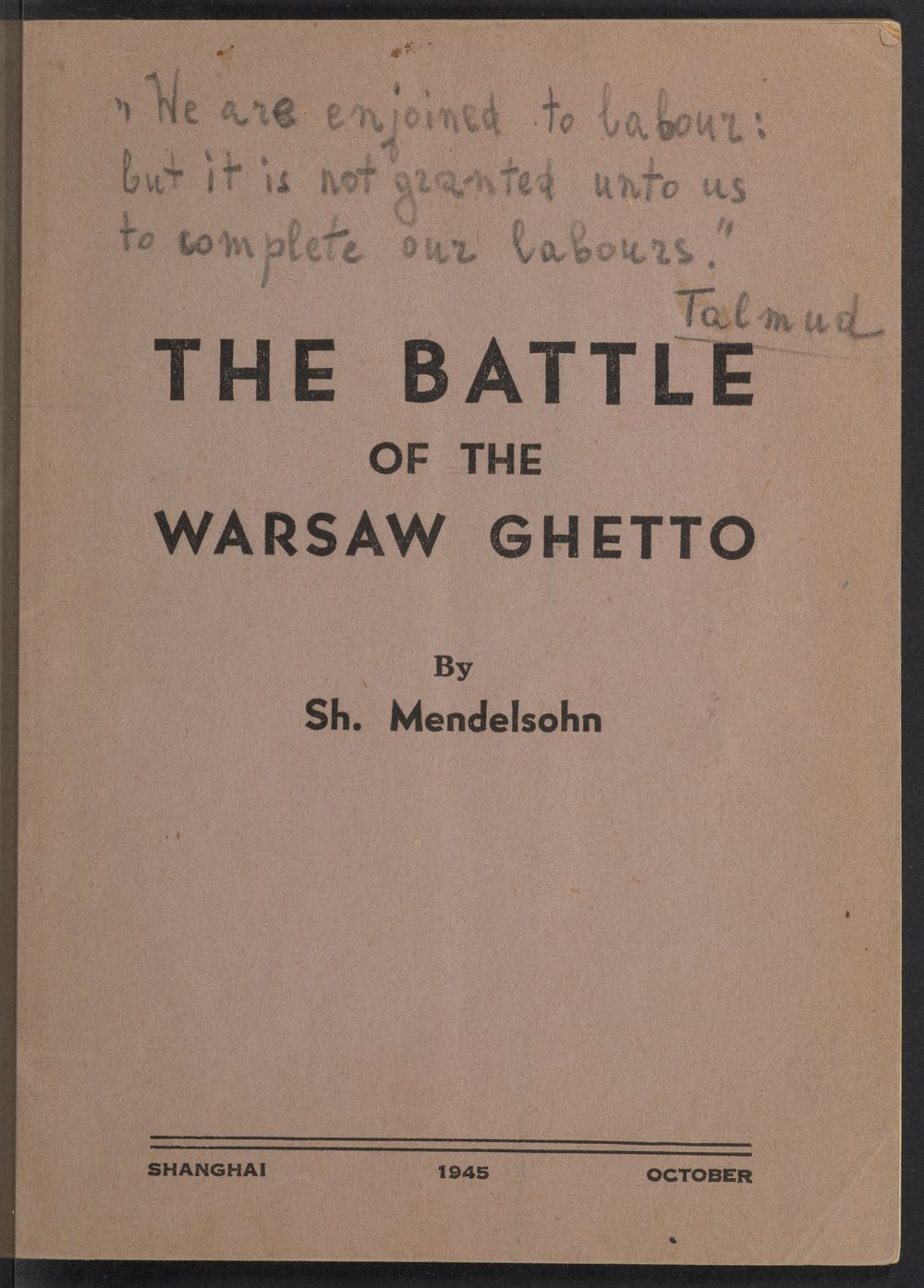 The Battle of the Warsaw Ghetto, 1945

This early account of the Warsaw ghetto uprising provides details about the Holocaust, while it was still occurring, including references to gas chambers at Treblinka. This document’s existence disproves the notion that the world did not know the extent of Nazi crimes while they were happening. Its wide publication describing these crimes – this edition published in Shanghai a year after it was published in New York – illustrates the breadth of Jewish activism in response to Nazi oppression.