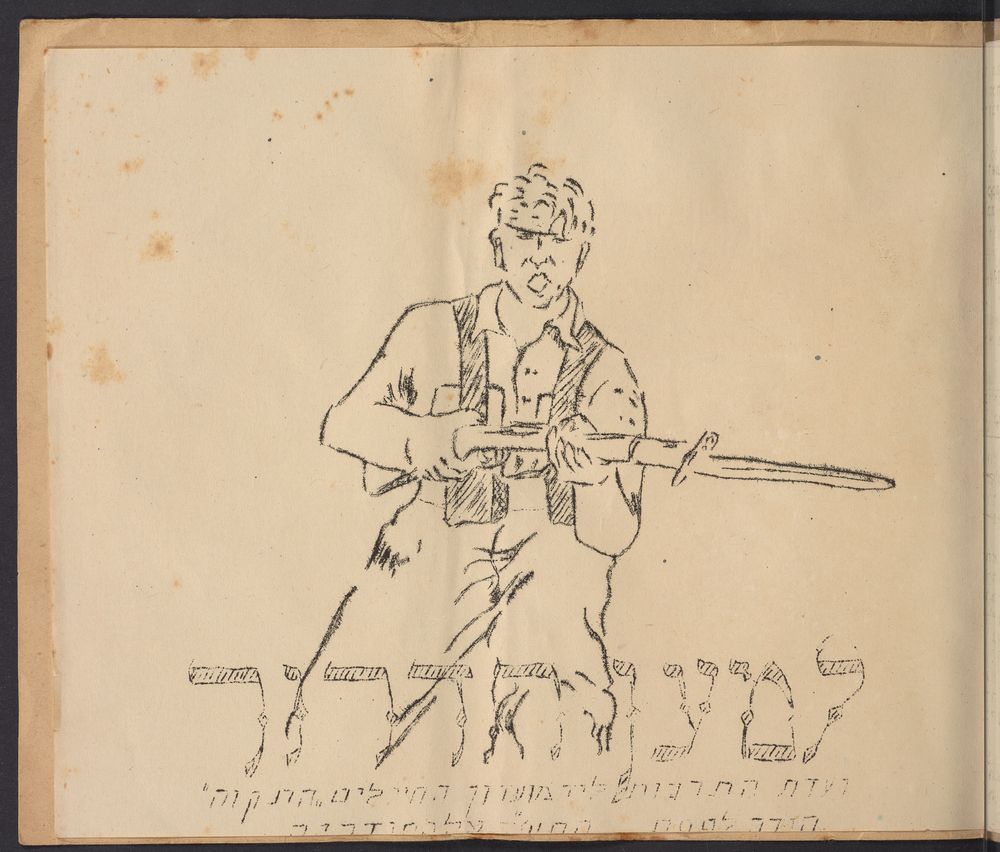 "For the sake of freedom."

The story of Jews in Europe from 1933-1945 is commonly understood to be a story of tragedy and victimhood. The images on display here, however, document this period through the alternative lens of resistance and activism, recording Jewish resistance to oppression in various forms.

These forms include both traditional means, such as armed resistance in the Warsaw ghetto or efforts by Jewish groups to rescue Jews. But they also include a quieter form of spiritual resistance, mainly through innovations in the observance of the holiday of Passover and additions to the traditional Passover Haggadah. Together these documents illuminate the various ways that Jews understood their responsibility to confront their oppression during the Holocaust and in its immediate aftermath.