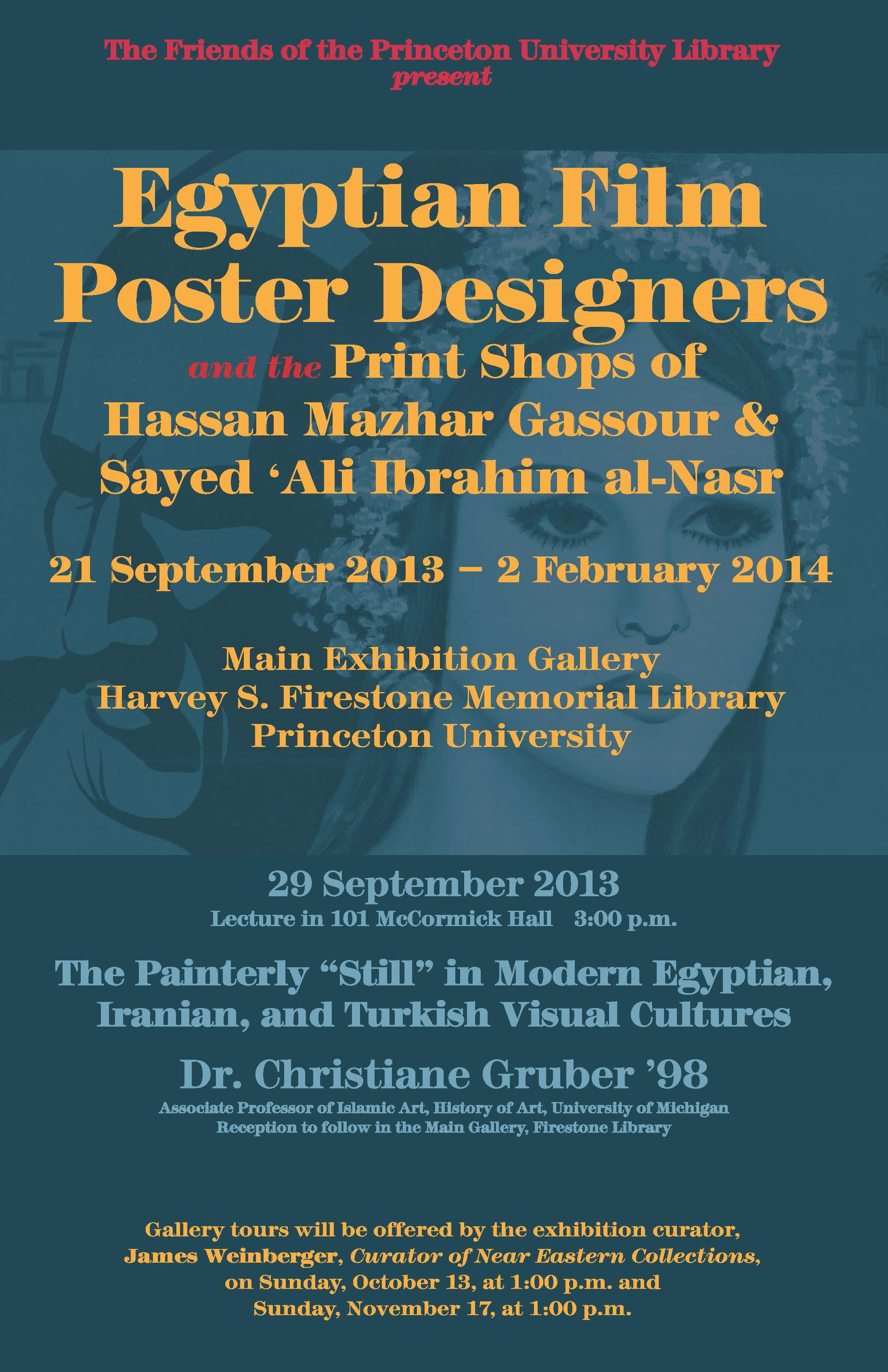 Historical studies of the “golden age” of the Egyptian film industry, from the 1940s to the mid-1960s, have paid little attention to the colorful posters that advertised those films and the people who designed them. “Egyptian Film Poster Designers and the Print Shops of Hassan Mazhar Gassour & Sayed ‘Ali Ibrahim al-Nasr” presented a selection from two of the most prolific film poster publishers as a window into the formation and evolution of this popular art form. The exhibition highlighted artistic styles and variation in the artwork, while touching on the evolution of printing processes during the period. The dozens of items on display, produced from the 1940s through the 1990s, were drawn from Princeton’s extensive Arabic Movie Posters and Lobby Cards Collection, acquired in Lebanon in 2008.