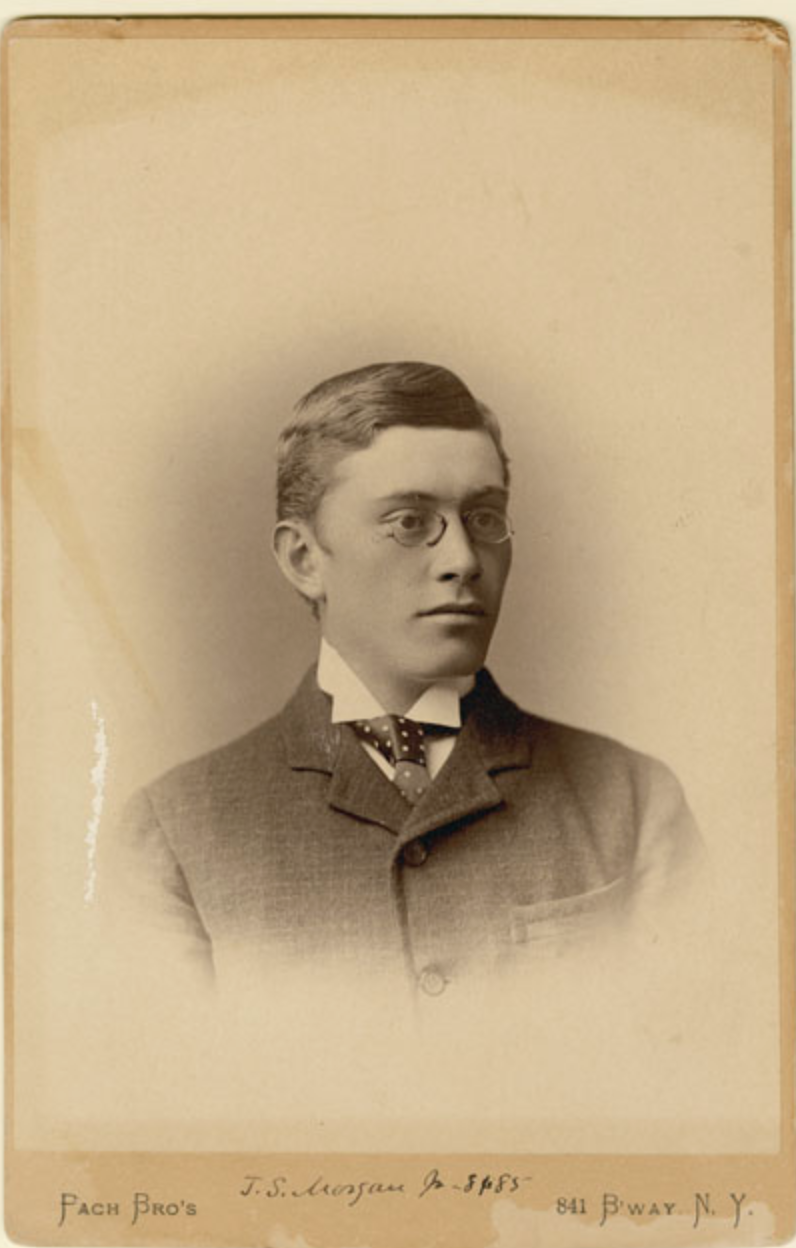 Junius Spencer Morgan was educated at St. Paul's School, Concord, New Hampshire, before attending Princeton. After college, Junius Morgan worked as a New York banker, retiring from the field as a partner in the firm of Cuyler, Morgan & Co. in 1906. Between 1898 and 1908, he served as Associate University Librarian at Princeton, a period during which the Library greatly enlarged and transformed into a research library. He is best known for his extraordinary Virgil collection, donated to the Library between 1896 and 1932, for which he was awarded Italy’s Commendatore of the Order of the Crown for his work in ”spreading culture of the Old World in the New.” He also donated his Baskerville collection and numerous incunables as well as important prints and drawings to the Library. Further, both the Princeton University Art Museum and the Metropolitan Museum of Art owe many of their finest prints and engravings to his donations. He was also a collector of French silver, Delft pottery and of Sevres porcelain. At the time of his death Junius Spencer Morgan was honorary chairman of the newly founded Friends of the Princeton University Library.

A colleague tells the story of how Junius Morgan’s passion for Virgil began: ’In a horrid little room garreted into old-time Dickinson Hall, a room which often was badly ventilated, Dean Andrew West -- at that time merely Giger Professor of Latin -- conducted a course in what the catalogue specified to be Latin Prose Composition. Ostensibly it dealt with the dry bones of grammatical construction. Actually that stuffy room was an atelier in which Professor West, taking separate words, transformed them into strings of jewels and, by his running commentary of quotation, exemplars and interpretation, unveiled the craftsmanship of literature. Into that room went Junius with a liking for Latin, out of it he came with a love of the language. He himself says that, because of the inspiration in that room, he forthwith began the collecting of Virgils, and, by the time of his graduation, owned several that were of major rating.' His collecting of Virgil continued right up to his last days – An edition of the Aeneid issued by Leipzig printer Wolfgang Stoeckel in 1511 was received by the Library just three weeks before his death in 1932.