The Peck Shahnamah (Islamic MSS, 3rd series, no. 310) is the finest Persian illuminated manuscript among nearly 10,000 Islamic manuscripts in the Princeton University Library. This sumptuous manuscript of the Persian national epic Shahnamah, or “Book of Kings,” was written and illuminated in Safavid Persia. From the 16th to 18th centuries, the Safavid dynasty ruled a far-flung empire that extended from Turkey to the Indian subcontinent. The Peck Shahnamah is one of the most extraordinary Safavid illuminated manuscripts of Firdawsī’s epic and has been compared to better-known examples such as the Houghton Shahnamah and Windsor Castle Shahnamah. The Persian poet Hakīm Abu’l-Qāsim Firdawsī Tūsī commonly known as Firdawsī (933/4–1025 CE) completed the epic in 1009/10. The text begins with the first legendary Persian king and ends with the fall of the Sassanian empire to the Arabs in the middle of the 7th century. Prof. Charles Melville, Pembroke College, Cambridge, who has studied the proliferation of illuminated Shahnamah manuscripts since the end of the 13th century, sees in Firdawsī’s work not just a masterpiece of Persian epic poetry, but a text that “has come to encapsulate Iran’s pride in her past and to serve as a source for understanding her political culture.”

The Princeton University Art Museum's exhibition, curated by Marianna Shreve Simpson, was organized to follow the Shahnamah narrative, structured around the mythical, the legendary, and the historical eras. 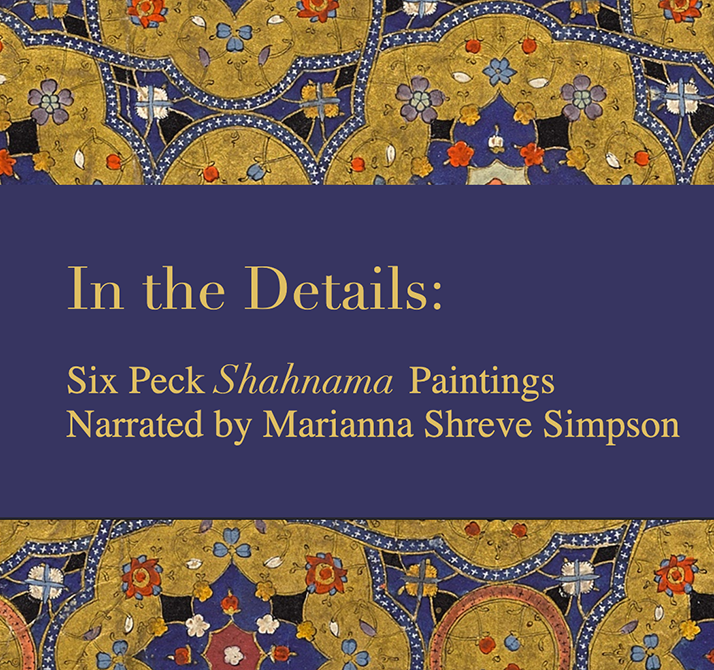